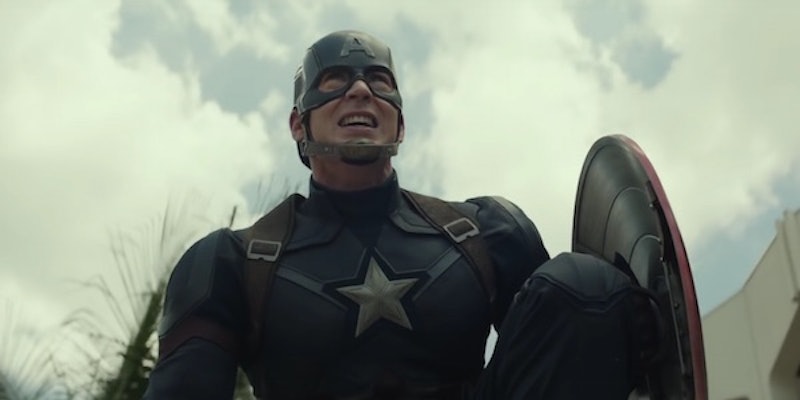 Phase Three of the Marvel Cinematic Universe has kicked off with a bang thanks to Captain America: Civil War. The massive (and massively successful) film has set up the next several years of Marvel movie goodness, which continues later this year with Doctor Strange and concludes in 2019 with Avengers: Infinity War - Part Two. And of the seven movies Marvel has scheduled in between, not one of them is another Captain America film. And that's a shame, because the Captain America trilogy is far and away the most impressive series in Marvel's stable. But if Marvel does eventually decided to make a Captain America 4 , what should it include?

First, let's go over what's happened in the Captain America series so far. The first film, Captain America: The First Avenger, is Cap's origin story. It takes place during World War II, and depicts scrawny Brooklynite Steve Rogers' journey to become Captain America so he can go fight the Nazis, or more pressingly, Hydra and the Red Skull. The film ends with Cap's apparent death, only to see him revived in modern times. The sequel, Captain America: The Winter Soldier, takes place after Cap has joined the Avengers and S.H.I.E.L.D. but is still struggling with finding his place in today's world. Those struggles are exacerbated when he discovers that Hydra is still around, and so is his long lost best friend Bucky, who has been turned into a brainwashed assassin. Finally, in Civil War, Cap continues to pursue his friendship with Bucky, which puts him at odds with his fellow Avenger Iron Man, leading to an intense physical fight and a fractured team of Avengers by the movie's end.

Given that the Avengers will likely be put back together again by the time Infinity War is over, where does that leave a future Captain America movie? It's hard to say, but like they did with Civil War, it behooves Marvel to look to the comics to see where to take Cap next. One no-brainer move would be to bring back the Red Skull in the modern era. He is Cap's archenemy in the comics, and the best non-Loki Marvel movie villain to date, so only having him in one movie seems like a waste. Besides, he never technically dies in The First Avenger — he is absorbed by the Tesseract and likely blasted to another dimension. Brining him back would offer another link to Cap's past, while also providing him with the quality enemy that he deserves.

As yet another challenge for Cap, the film could turn to one of the numerous threats on the hero's life and identity that have occurred over the years. One way to do this is to have Rogers abandon the Captain America identity, like he did in the 1970s when he became disillusioned with the U.S. Government and went by the moniker "Nomad". Another storyline to draw from could be one from the '90s, where the Super-Soldier Serum is revealed to be killing Cap and is removed from his body, stripping him from his powers and causing him to age and deteriorate.

Still another comic book storyline where the film could draw inspiration is the Super Patriot arc. This character is a younger, more powerful version of Captain America who is employed by the Commission on Superhuman Activities (think the Sokovia Accords) to be the new Captain America when the original resigns. But unlike Cap's American idealism, Super Patriot represents the downside of American exceptionalism, and his methods are brutal and evil. This of course leads to a conflict between the two Caps.

So whether it's the return of Red Skull, the end of Captain America as we know him, a battle over what it means to represent American values with the Super Patriot, or some combination of these, it looks like Captain America 4 should have plenty to work with.