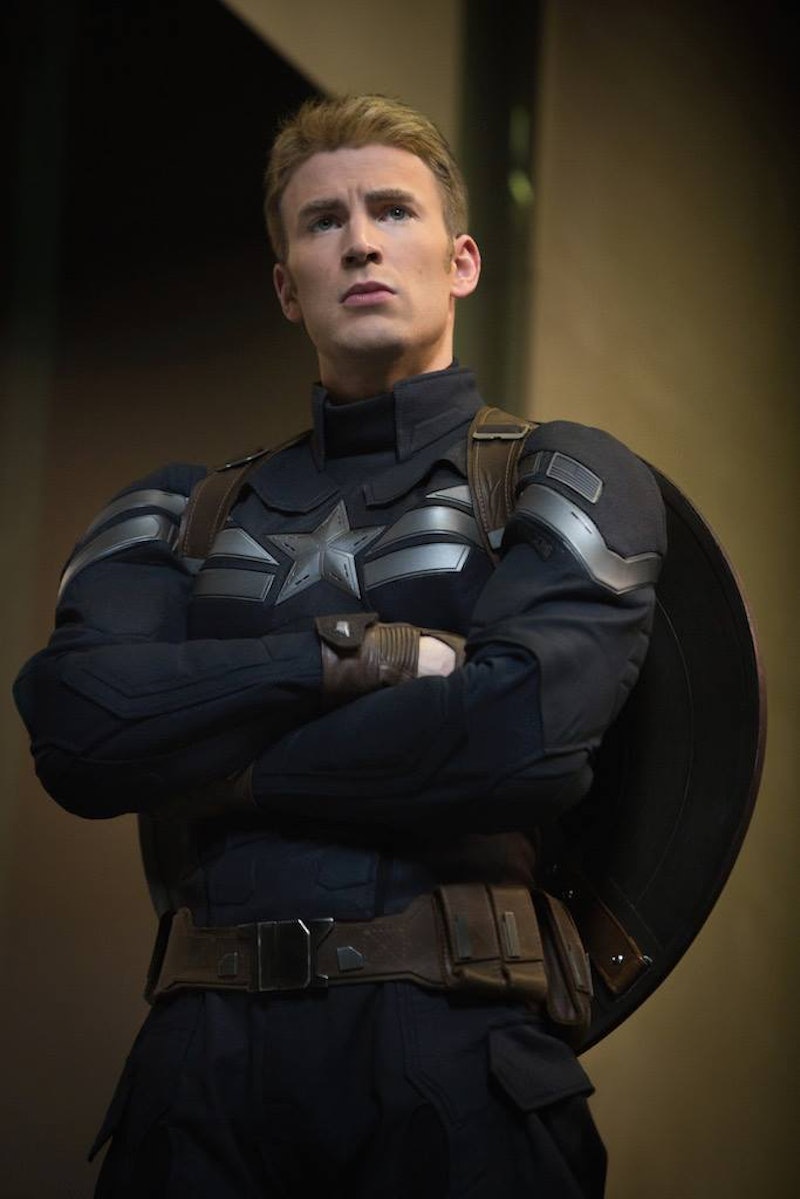 Like Iron Man before him, Captain America might be calling it quits after he headlines his third Marvel movie, Captain America: Civil War. Opening in May, Civil War is the third Captain America film starring Chris Evans as the titular super soldier, and will lead right into the third and fourth Avengers films, Avengers: Infinity War Parts 1 & 2. And, while most fans are just excited to get their hands on another Marvel movie, others are worried this might be the beginning of the end. Since Marvel Entertainment launched their new blockbusters, no superhero franchise has exceeded three films — the Iron Man trilogy starring Robert Downey Jr. being the studio's trailblazer. So, will Civil War be the last Captain America movie?

The fact that Evans' Marvel contract might be up after the announced films means, by definition, that another Captain America film is off the table. However, it's not yet a forgone conclusion. In a recent interview with Collider , Evans admitted that he would definitely consider elongating his contract should Marvel come calling. "Listen, if Marvel wants me they got me," he said. Given the extremely positive reception of the previous Captain America movie, The Winter Soldier, and the buzz surrounding early test screenings of Civil War , Marvel just might demand more Captain America. I mean, who doesn't want more Chris Evans?

That said, if Marvel decides to make more Captain America-centered films, they don't necessarily need Chris Evans to star in them. In the comics, Bucky Barnes, aka The Winter Solder, and Sam Wilson, aka the Falcon, have both donned the Captain America uniform. Both characters are also very big parts of Civil War, as played by Sebastian Stan and Anthony Mackie, respectively. In theory, Civil War and Infinity War could wrap up Evans' time as Captain America and be used as an opportunity to pass on the stars and stripes to a new man. However, and I say this with all due respect to comic lovers and Stan and Mackie, there's just no one like Chris Evans.

Even if Evans doesn't come back to headline another Captain America film, he could still reprise his role in other Marvel movies. After all, some fans worried that Iron Man 3 would mean the end of Downey Jr.'s Tony Stark, and here he is, co-starring in a new Captain America film years later. As long as there's a demand for Captain America (or, more specifically, Chris Evans as Captain America), there's no reason to think he won't be back in some way.

Of course, assuming there is another Captain America installment in the future, it might not be here for a long time. Marvel's currently announced Phase 3 film release dates through 2019, with Evans' possible final Captain America movie, Avengers: Infinity War Part 2, hitting theaters on May 3, 2019. (Phase 3 is composed of 10 new movies, including Black Panther and Captain Marvel.) As for Marvel's mysterious Phase 4, the studio also announced three tentative release dates set during the year 2020, but has yet to reveal the title or main characters of those films, choosing instead to keep it a secret. Perhaps one of these as-of-yet untitled Marvel films is another Captain America chapter. (Hey, a girl can dream, right?)

I suppose even if Captain America: Civil War is the last Captain America film of the series, at least fans will have three solid superhero movies to keep us warm at night. Besides, let's be honest, it's only a matter of time before Hollywood studios get bored and decide to reboot Captain America for a slightly younger audience. I'd give it another 10 years at most before another Captain America comes along.