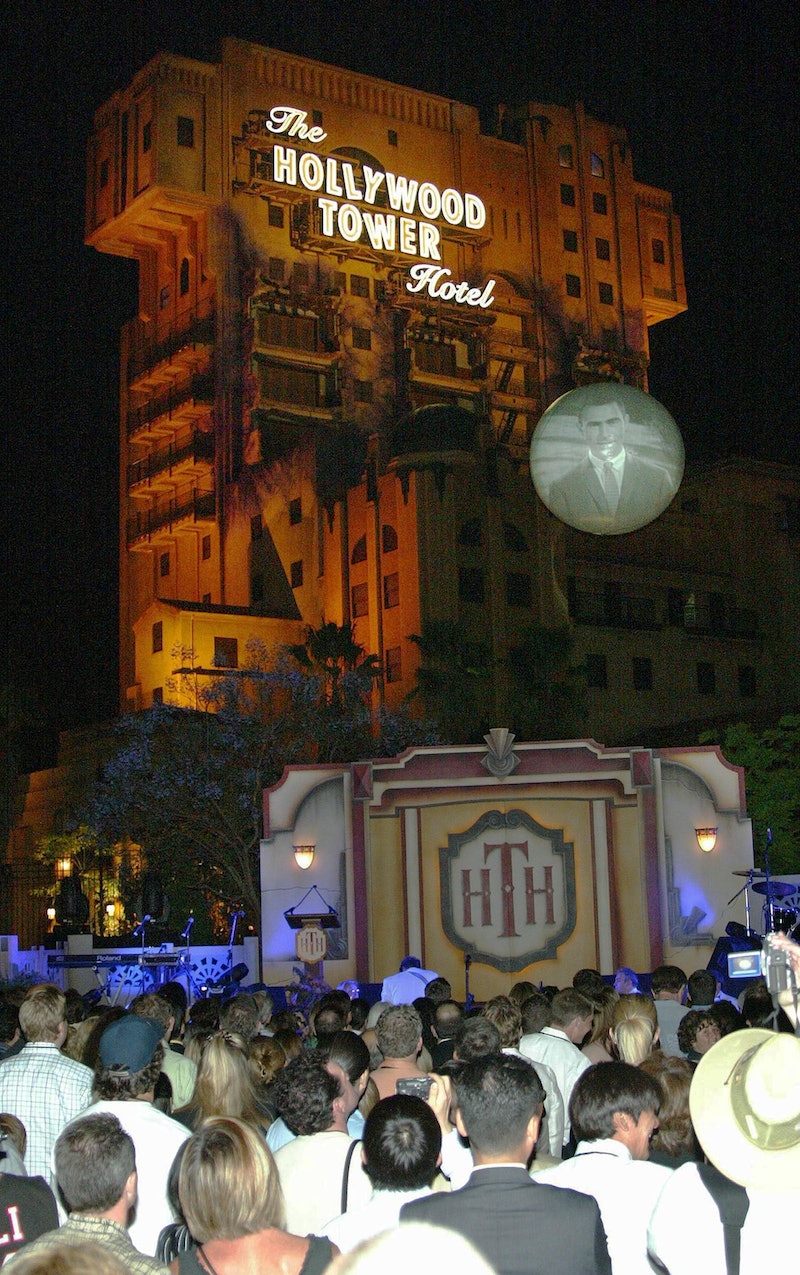 I have no problems with superhero movies. Do I think that they're over-saturating the market, thereby leaving plenty of other action films with diverse stories in the dust? Sure. Did I think that Batman Vs. Superman: Dawn Of Justice could have benefitted from a few jokes and a less wordy title? Absolutely. Overall, though, I love that fans are so stoked about all things Marvel and DC, and even consider myself a proud member of #TeamIronMan. But while I am totally down to celebrate the superhero (and heroine!) love, I have a line, and a new report suggests it's about to be crossed. According to a report from Vulture, Disney's California Adventure may turn the Tower Of Terror into a Guardians Of The Galaxy ride — and that news is making me sicker than the Tower Of Terror itself.

Disney has yet to officially confirm this news, which was posted on Disney-centric blog, MiceChat. According to that report, the iconic ride, based on Rod Serling's classic television series The Twilight Zone, is in talks to be turned into a ride based on the Marvel film. The decision is reportedly due to the desire to expand Marvel in Disney's California Adventure, and given the limited amount of space in the park, it's logical for Disney to repurpose existing ride instead of building a new one. I just really, really hope that they don't.

The Twilight Zone is a gem of television history, and one that has influenced so many films and television shows that we watch today. There would be no Black Mirror without The Twilight Zone, and likely no 10 Cloverfield Lane, either. Its own ride in Disney's California Adventure allows Serling's show's legacy to live on, and, hopefully, will introduce future riders to the '60s series. Marvel doesn't need its footprint in Disney's California Adventure to get people to check out the next blockbuster — but The Twilight Zone might gain more fans.

Fortunately, even if the ride at Disney's California Adventure does get a Guardians Of The Galaxy makeover, there's no talk yet of changing it over in any of the other parks, including Orlando's Hollywood Studios. Here's hoping that, even if one iteration of the ride gets a reboot, the Twilight Zone continues to have a presence in the Disney sphere.