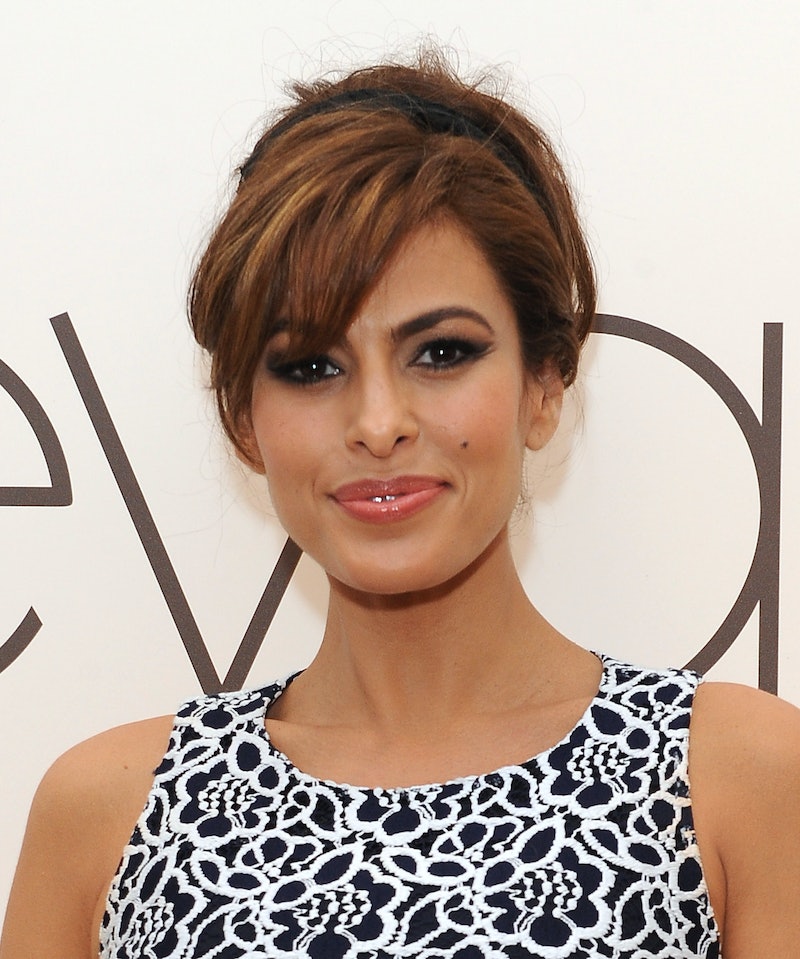 "Hey girl." Ryan Gosling put a literal spin on his own popular meme when he welcomed his baby girl, Amada Lee Gosling, into the world. According to TMZ, Eva Mendes reportedly gave birth recently to the couple's second child, following Esmeralda Amada Gosling's birth in September of 2014. But before you start sending flowers and congratulatory cards to the happy couple, there's a little twist: apparently Gosling and Mendes are great at keeping secrets, because Amada Lee wasn't born yesterday. Or today, either. So when did Eva Mendes reportedly give birth, exactly?

TMZ obtained a copy of Amada Lee's alleged birth certificate, which cites the infant's delivery at 8:03 a.m. on April 29. That's 10 whole days ago!! There must be some Mr. & Mrs. Smith stuff going down in that household because Gosling and Mendes are both apparently super spies because they managed to obscure not just Amada Lee's birth itself, but also Mendes' entire pregnancy. A look back at TMZ's photos of the couple over the past nine months reveal (or rather, don't reveal) Mendes' midsection covered in a variety of conveniently-placed bags and flowing sweaters.

So, apologies to all you May babies who were hoping to claim Ryan Gosling's offspring as one of your own; despite the timing of the revelation, Amada Lee is officially an April birthday — although that doesn't change the fact that she's firmly a Taurus. Good thing, too, since that means the privacy-loving couple will have a daughter who is strong and stable… and she'll need those qualities to withstand the onslaught of publicity that's sure to ensue now that her existence is public knowledge.

Welcome to the world, Amada Lee Gosling. And congratulations to the happy parents! Hopefully they'll be allowed to celebrate their new arrival in privacy and peace.