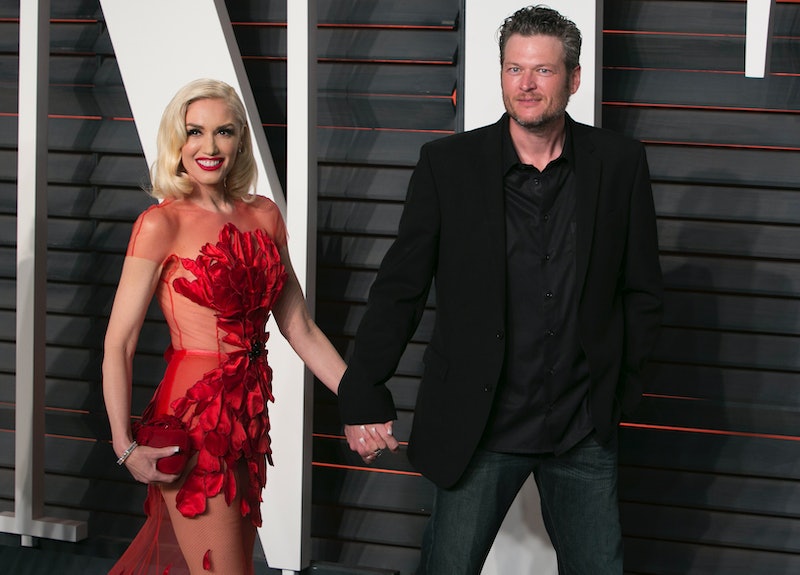 It's the moment you've all been waiting for — well, the moment I've been waiting for, at least. Blake Shelton and Gwen Stefani finally performed together on The Voice and it was everything. Though "Go Ahead And Break My Heart" isn't my favorite song I've heard either of them perform, their performance was impossible not to watch. The chemistry between them was palpable and the love they have for each other was all over their faces. It was the performance we've all hoped for since the day Shelton and Stefani's relationship was made public and it was even more special that it happened where their relationship began — on The Voice stage.

I had my doubts about Shelton and Stefani's relationship at the beginning, but the more I see of them together, the more I love it. They're the power couple no one ever saw coming. This duet could be the start of something truly awesome for the couple. Judging from their performance tonight, this is just the beginning for Shelton and Stefani — and I can't wait to see how they surprise us next.