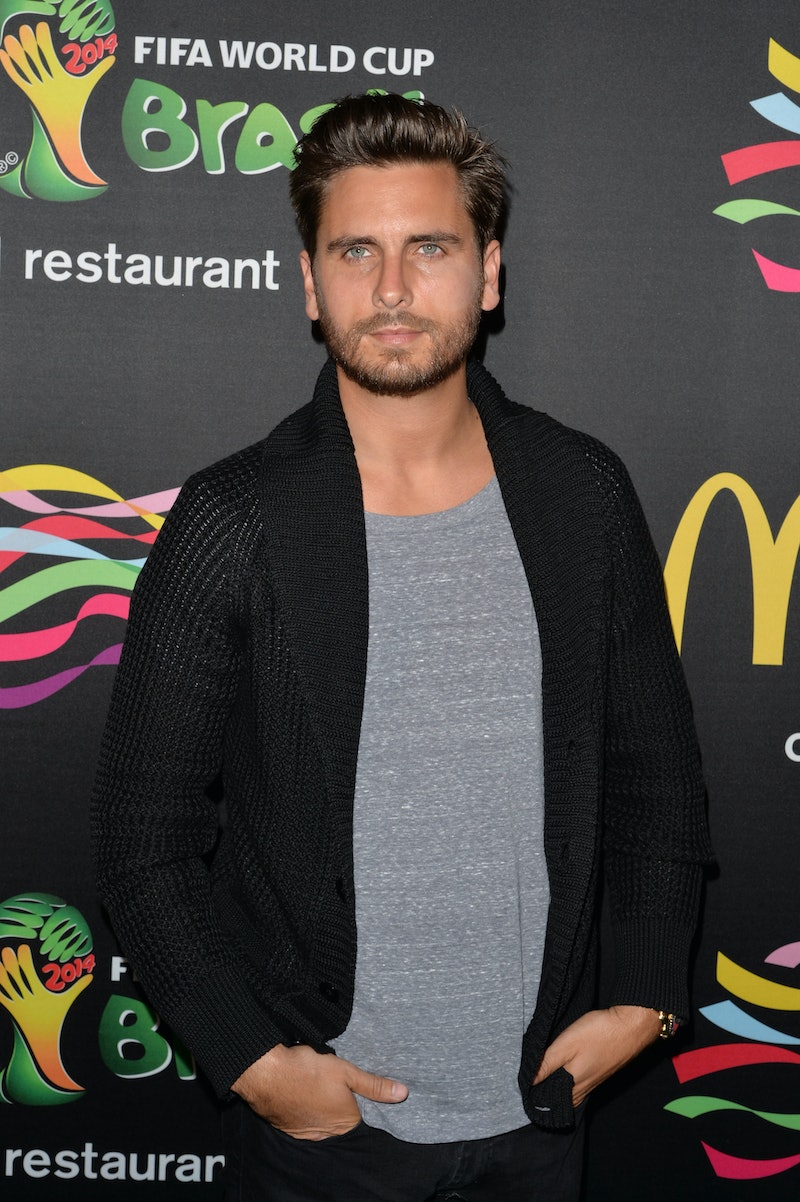 Despite his many (and I mean many) uh, hiccups, over the course of the Keeping Up With the Kardashians series, I have always had a soft spot for Scott Disick. He's witty and self-deprecating and I'd be hard pressed to find a harsher critic of the man than himself, so I can roll with his imperfections. That said, even though he and Kourtney Kardashian are apparently dunzo for real, I still worry and wonder about him and that includes his romantic life. I mean, if she can be cool with him, we can too, right? I want to know, as I'm sure you do: Is Scott Disick dating anyone right now?

As with anything Kardashian-related, the answer is both obvious and yet somehow still a bit mysterious. Seriously, how did they all learn to master the art of intrigue? Did Ryan Seacrest sign them up for classes or something? *Sighs* Anyway, it appears that Disick has, in fact, been dating recently. In March, Us Weekly reported that the reality star was seeing a model named Christine Burke, who they noted was eerily similar looking to Kendall Jenner (yikes). But that brief romance seems to have ended. Keeping up with Disick is not as easy as the rest of the lot, considering that things have changed in Disick's dating life in just a few short months.

Case in point, Us Weekly reported in May that the 32-year-old went to dinner (which is a nice way to beat around the "date" bush) with Megan Blake Irwin, who like Burke, is also a model. The publication noted that Irwin and Disick have been seen on multiple "dinner" outings previous to this. According to a report from People in April, Disick and Irwin have even gone the distance (literally) as they were seen together in New York City as well as in Los Angeles.

But many sites are referring to this romance as a "fling." And that may be true. Neither the model nor the reality star have confirmed their relationship or even admitted to dating. Plus, their Instagram accounts are currently devoid of each other. It's clear that while being "spotted" together by the paparazzi is anything but low-key, they are trying to keep things somewhat close to the vest. And that may mean their relationship is either just a friendship or isn't super serious — at least not yet.