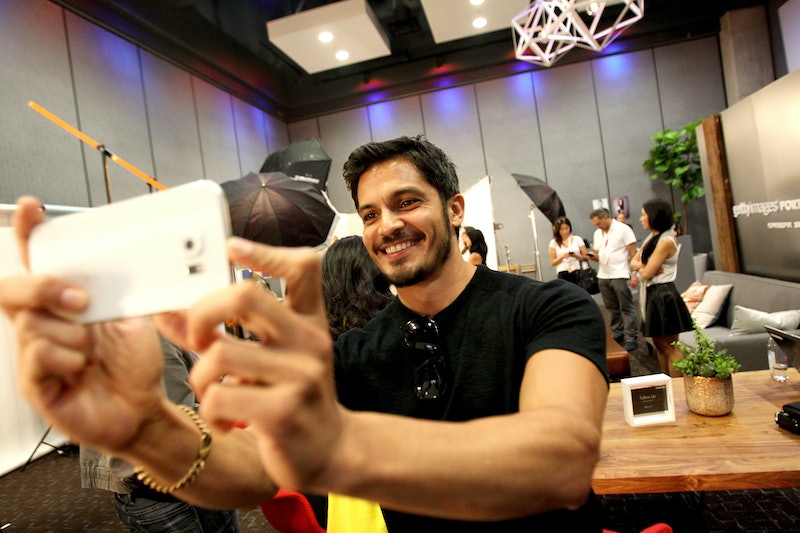 It's not long now until Pretty Little Liars returns for Season 7 on June 21, 2016. Season 6 left us all on a massive cliffhanger, as per usual, but, luckily, fans don't have to wait very much longer to find out what happened to Hanna and the rest of the gang. As excitement builds for brand new episodes of Pretty Little Liars, casting news is gradually filtering through, and the latest announcement involves Rosewood PD. Super fine actor Nicholas Gonzalez will play a new detective on Pretty Little Liars . What will his addition to the show mean for the Liars and, more importantly, will he be the person to finally unearth Uber A?

As well as being ridiculously good looking, Gonzalez is no stranger to appearing on popular TV shows. He's appeared on recent series such as The Flash, Jane The Virgin, and Bosch, plus the actor also has an impressive resume stretching back to the '90s, including roles on the likes of The O.C., Dharma And Greg, That '70s Show, Ugly Betty, and Grey's Anatomy. Gonzalez's addition to the cast of Pretty Little Liars is exciting on so many levels, and might hint at a lot more police drama in the show's future.

Pretty Little Liars has had its fair share of memorable police officers, some good, some bad. From heartthrob cop Toby Cavanaugh, to crooked Detective Wilden, Rosewood PD has been filled with unforgettable characters who have either tried to help the Liars, or been working with A to destroy them. Deadline reports that Nicholas Gonzalez will play "Vic Furey, a sexy, witty, straight-talker detective who’s come to Rosewood to oversee the Rosewood Police Department’s open homicides." While it's stating the obvious that Gonzalez will be both "sexy" and "witty" on Pretty Little Liars, it sounds as though his character is being brought in to finally get some answers. Perhaps his presence will be good for everyone in Rosewood?

With only a few weeks to go until the start of Season 7 of Pretty Little Liars, I'm more than a little excited to see what Gonzalez gets up to on the show. One thing's for sure — Vic Furey is going to discover that the residents of Rosewood have a lot of secrets, and that some cases stay unsolved for a reason.