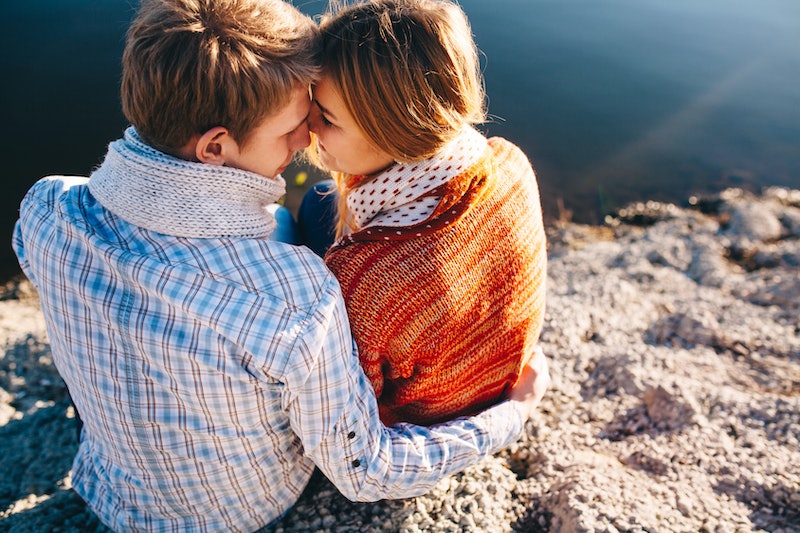 I don't know how many other Millennials got through their first relationship with Sheryl Crow's cover of "The First Cut Is The Deepest," but I sure did. Your relationship with your first love may have been a trainwreck — you were so excited about being in a relationship that you didn't really care who it was with, or know what they wanted. And a lot of time, you put up with really bad behavior — at least that was my experience. But there are a whole lot of people who had a very different first relationship — people who are still with their first love, after all these years.

In fact, IllicitEncounters, a British dating site for married people, did a survey of a random pool of 1,000 people and found that 25 percent are still with their first love now. That means one out of four people are with the first person they fell in love with. I thought that seemed really high— certainly higher than the rate in my friends, where maybe one in 20 or 30 are with the first person they fell for. Either way, it's interesting stuff.

Here's what else they learned about how we relate to our first love. But first, check out the latest episode of Bustle's Sex and Relationships podcast, I Want It That Way:

1. We Love To Stalk Our First Loves

Sixty-four percent of us have stalked our first love online to see how they're doing. With some it's probably nostalgia or feelings that they haven't dealt with that leads them to stalk. With me, it's a lot more: "Jesus christ, a ponytail and a goatee!? Why'd you have to get so creepy? Come on man, you were inside of me!" I just... I just don't always have the best taste in men.

2. More Than 25 Percent Have Gotten Back In Touch

So for some of us it's just boredom or curiosity, but nearly one in four have actually gotten back in touch with our first loves after looking them up online. Wow. I guess it depends how long ago you dated or how your relationship ended, but it's certainly not something I see myself doing anytime soon.

3. One In Six Have Ended Up Having Sex With Them

That's right, about 15 percent of users found that stalking their first love had lead them back into bed with them. Hot damn. And a further 21 percent have thought about it, so it's on a lot of people's minds. It's still crazy to think how many people want to rekindle that flame.