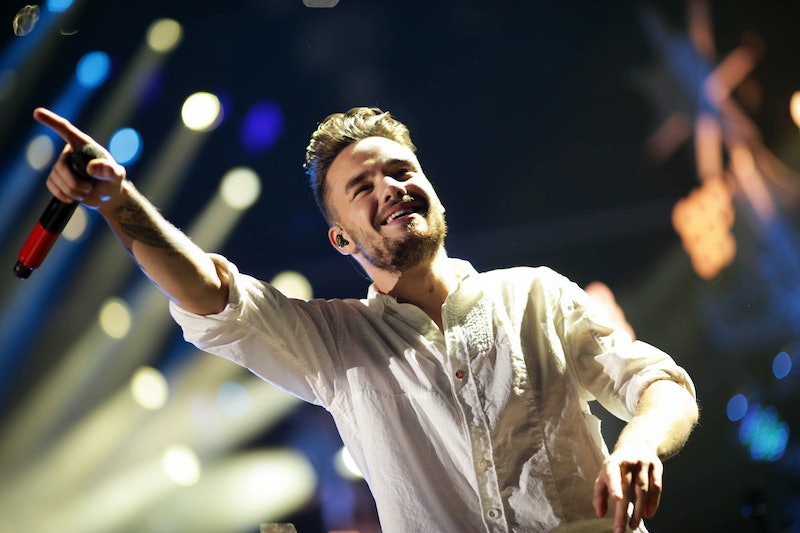 As any loyal One Direction fan knows, the British boy band got its start on The X Factor. The show not only launched their music career, but it may have given one of the guys a boost in his love life. Granted, they were teenagers when they appeared on the show in 2010, but now Liam Payne is dating Cheryl Fernandez-Versini, a former X Factor judge. Considering she met Payne when he auditioned at age 14, they've come a long way since then. According to E! News, they made their red carpet debut on Tuesday night at the Global Gift Gala.

The pair was super smiley on the red carpet and their body language was off the charts. Previously, the pair had essentially confirmed their relationship with a few selfies. Plus, in April, Simon Cowell talked about these lovebirds to The Sun and said,

I saw them together and we had a really nice dinner. They were on good form. They’re like two little chipmunks madly in love. Literally, they were so cute.

Honestly, I'm surprised that Cowell actually said, "Literally, they were so cute" but upon seeing photos of the couple, I've got to agree with him. In case you're still on the fence about Payne and Fernandez-Versini as a couple, here's a round-up of their cutest moments thus far. If the looks on their faces are any indication, this is just the start of many more happy times.

Here's their aforementioned red carpet debut. He can't stop staring at her.

Those smiles are undeniable. Plus, it's sweet that he's so proud of her for winning the Global Gift Philanthropist Award.

They really made the most of their red carpet debut.

Their selfie game is strong.

See what I mean? They love taking photos of themselves.

Fernandez-Versini posted this photo of Payne overwhelmed with Easter shopping. Looks like they got all the essentials.

Hmm, which one of those guys is her #MysteryMan? I wonder.

Way back when, she admitted that Payne was cute. While singing, he winked at her. And now they're together? What a full-circle moment.

This couple has come a long way since their X Factor days, but it looks like the chemistry has always been there.