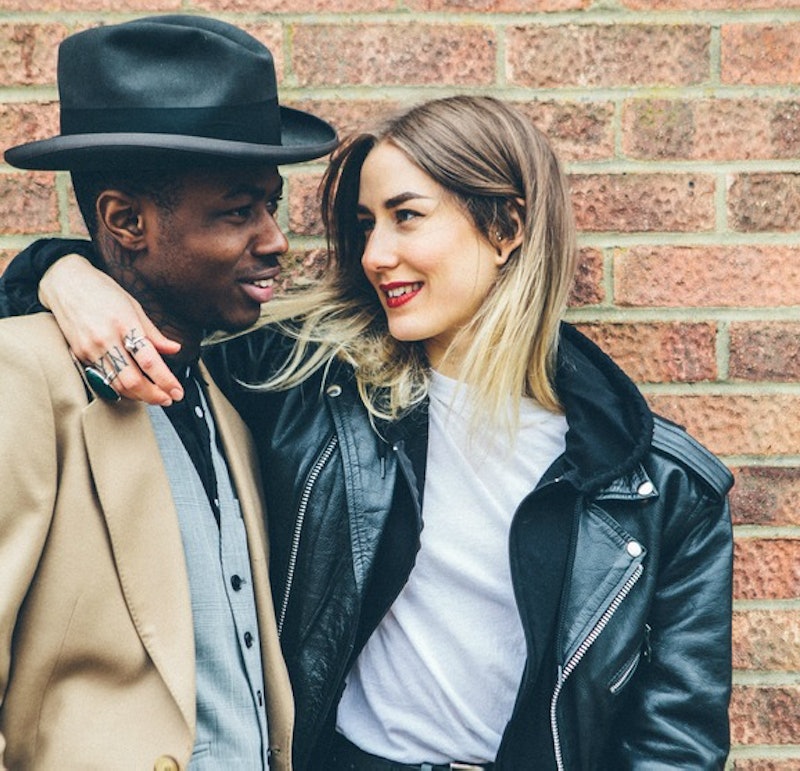 As I've gotten older I've realized that your first love is your first love — no matter what age you have it at. I've watched 25-year-olds and 35-year-olds all experience that first love feeling: completely head-over-heels, rushing into things, not listening reason, being in love with the idea of being in a relationship, even when their partner was kind of crappy. And it can be difficult if you're older when it happens for the first time. I've noticed people who don't start dating until their twenties or later always feel like they're the last person on earth who hasn't been in love. It makes them feel really isolated. And then, when they go through the inevitable ups and downs, people are less sympathetic, because they're older and "should know better." But your first love is your first love, no matter when it happens.

IllicitEncounters, Britain's dating site for married people, surveyed a random pool of 1,000 people and found out when people actually fall in love for the first time. And though for most people it happens young, it's certainly not true for everyone. They found 55 percent of people fall in love for the first time between the ages of 15 and 18. So it's more than half, but that means 45 percent of people still haven't been in love when they enter college.

Here's what else they learned about the age we first fall in love. But first, check out the latest episode of Bustle' Sex and Relationships podcast, I Want It That Way:

Let's call these the college years. One in five of us fall in love for the first time in that little nook between high school and being on your own, which isn't really a surprise. College relationships are usually really intense, with a shared group of friends and a lot of time together, so it's no surprise people fall hard and fast.

There's a much bigger drop in the few years after college, but maybe that's because fear of the real world is kicking in. And although it may seem like we're still focusing on falling in love for the first time as only the under 25 age group, remember that this figure still leaves 17 percent— meaning that nearly 1 in 5, falling in love after 25. So if you're in your late 20s and have never fallen in love, don't feel bad. You're not even close to being alone.

3. The First Serious Relationship Lasts Between 1-5 Years For 40 Percent Of Us

That sounds about right. The first serious relationship is, by definition, going to last a while, but only 40 percent make it between the one and five year period. Although a few make it longer, with 25 percent reporting their still with their first love. But whether you crash and burn or are still with them, your first love will be an incredible learning experience. Even if they're obsessed with Dungeons and Dragons and wear vampire teeth for fun. Trust me, you'll be fine.