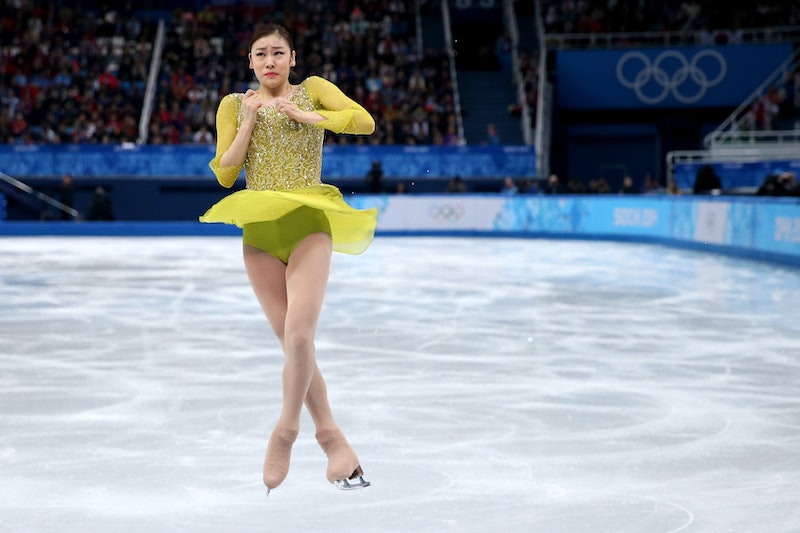 Excuse us, Sochi Olympic figure skaters, but just what is the difference between a lutz and a salchow? No one appreciates a good, ankle-fracture-defying jump more than us, but these jumps all look exactly the same. It's getting to the point where I think Johnny Weir and Tara Lipinksi are just making up words to mess with us. But they're not, so let us all educate ourselves on these infuriatingly similar feats.

First, grab yourself a stress ball or something fluffy that you can crush, because you're about to watch a handful of gravity-defying jumps performed by professionals wearing shoes with knives for soles on a slippery, frigid surface. But fear not, they'll all land safely because I don't deal in blooper reels and because we're hear to learn, not to cringe uncontrollably.

Now, lutz and salchow (pronounced "sal-cow") are just two of many jumps you will hear about during Wednesday night's figure skating competition, but unlike the axel — another popular legs-crossed-while-twirling-like-a-sky-dancer-toy jump in Olympic-level figure skating — these two are utterly impossible to distinguish from one another without the proper training. Because unlike the axel, which skaters start by facing forward, the lutz and salchow jumps both begin by skating backwards.

Not to be Confused with the Totally-Twilight-Related Triple Lutz

The Salchow — Not Sow Cow — Jump

If you're anything like me, those two jumps looked exactly the same to you. Both skaters looked like flying tops with legs. How the hell are these different jumps?

Believe me. I'm with you. But there are differences between the two. For one, they were invented by two different skaters, years apart. Alois Lutz pioneered his airy twist in 1913 and Ulrich Salchow first performed his in 1909. Still, that doesn't really help us spot the difference. Luckily for you, I just spent about 35 minutes watching figure skater after figure skater twirl in the air, and finally, I've figured it out for you:

It's All About The Lean

Now, go forth into tonight's figure skating competition armed with the knowledge to truly understand at least some of the tiny, detailed intricacies of the sport. And when your roommate tells you "it's just a bunch of spinning" you can laugh snidely to yourself because you know she's wrong. It's a bunch of spinning and strategical leaning. So there.