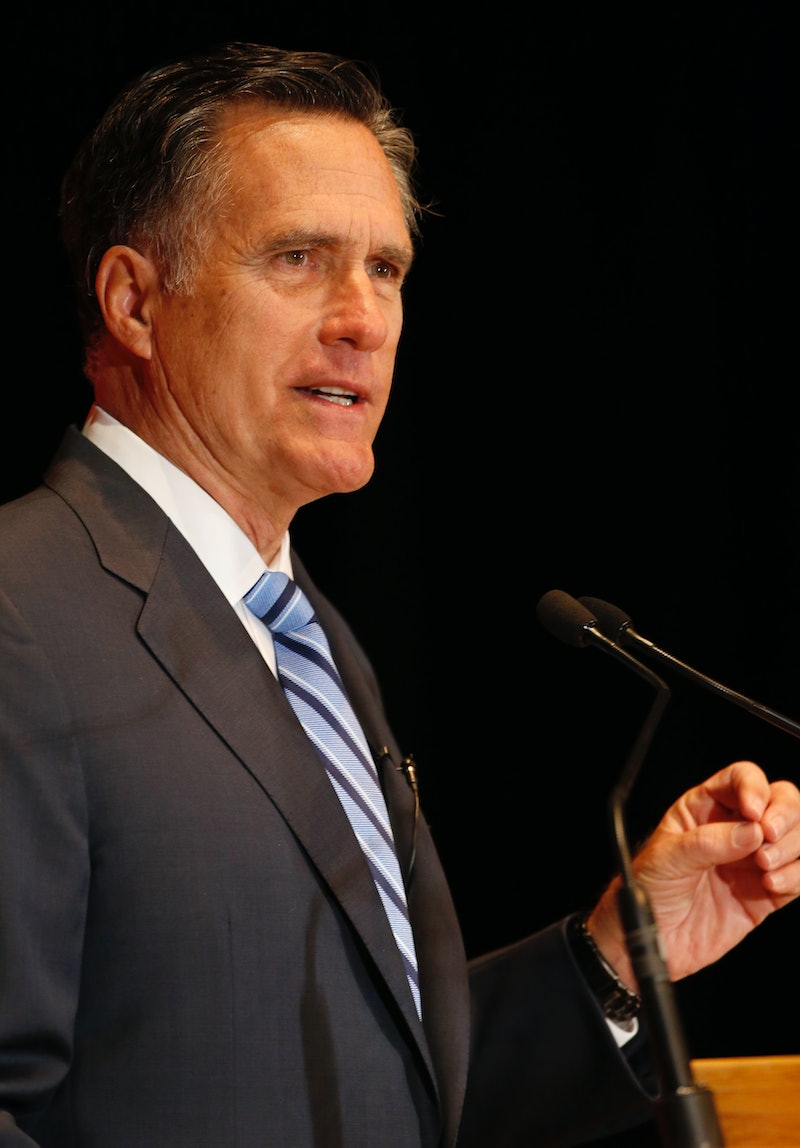 Mitt Romney may not be running in the 2016 presidential race, but he's not exactly staying out of it. From Twitter to Facebook to the campaign trail itself, the 2012 Republican nominee for president and former governor of Massachusetts has been staying present in the political arena. If you were wondering what Romney is doing now, basically, the answer is saying what so many Republicans are thinking.

Romney's most prominent activity of late is being a vocal opponent of presumptive Republican nominee Donald Trump. He has refused to endorse Trump, according to The Washington Post, and is even being courted by anti-Trump conservatives to run as a third-party candidate against Trump in the general election. But Romney has said he is not going to do that, the Post reported.

A far as who Romney is endorsing, the answer seems to be "anybody but Trump." Shortly after joining Gov. John Kasich for campaign events in Ohio, where Kasich went on to win, Romney said he'd be voting for Sen. Ted Cruz himself, and advised other Republicans to do so. His reasoning, as reported by The Hill, was hardly an impassioned endorsement of the Texas senator: "At this stage, the only way we can reach an open convention is for Senator Cruz to be successful in as many of the remaining nominating elections as possible."

Romney elaborated his critique of Trump, and the presumptive nominee's refusal to release his tax returns in a lengthy post on Facebook on Wednesday. He called the refusal "disqualifying," and launched a serious accusation: "There is only one logical explanation for Mr. Trump's refusal to release his returns: there is a bombshell in them." According to Think Progress, in 2012, Trump criticized Romney for not having released his own tax returns at an earlier point in his campaign. (Once Romney released them, Trump reviewed them and declared them "absolutely beautiful and perfect.")

When Romney is not engrossed in anti-Trump activities, he has been keeping busy kicking it with the massive fam in Utah:

And tweeting about Jesus:

Though Romney has kept himself out of the 2016 presidential race as a candidate, he has been a player in the race in his own right as a participant in the unofficial "Stop Trump" movement. As the primaries wrap up, it appears less and less likely that his efforts will be successful.