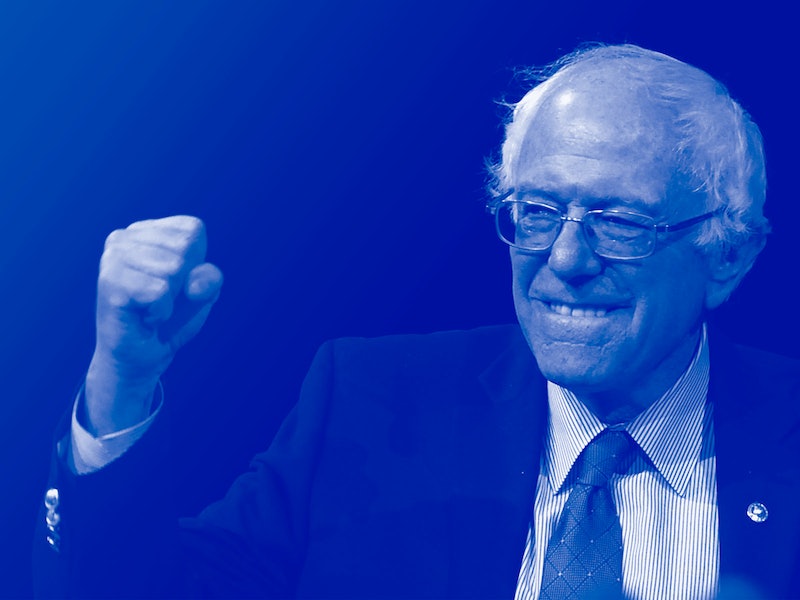 Vermont Sen. Bernie Sanders appears to have some friends in unexpectedly high places — Wall Street. The Wall Street Journal ran an editorial Wednesday called “Saved by the Superdelegates,” declaring in rather impassioned language that Sanders is being cheated by the superdelegate system, that he’ll do a way better job against Trump than Democratic front-runner Hillary Clinton would, and that, perhaps, the party should consider a contested convention.

I’m guessing I don’t need to spend a lot of time here noting that Sanders and the Wall Street elite are not buddies. I think it’s safe to say that Wall Street’s paper of record is not, in fact, run by a bunch of Bernie Bros patiently planning the revolution from the inside. Yet, the Wall Street Journal may be feeling the Bern... sort of? The Wall Street Journal has actually run several editorials like this in recent months, including “Bernie Sanders Gets No Respect”and “Taking Sanders Seriously.”

Wednesday's editorial echoes points made by another unexpected, inadvertent quasi-Bernie supporter: Donald Trump. The presumptive Republican nominee has loved tweeting and talking about how the Vermont senator was fighting a rigged, losing game and wasn't given a fair shake by the Democratic primary system.

Trump's remarks have been seen by many as a less-than-subtle effort to woo Sanders' supporters — and while it's debatable how successful this strategy will be come the general election, there's no doubt that a disdain for Clinton is one area of potential common ground for polar opposite political groups.

What has emerged from the right and the left is that Sanders may be the best tool for piling on Clinton. Regardless of your party affiliation, if you're not with Clinton, you're against her at this point. She's got a target on her back from both sides of the aisle, but highlighting her failings against Sanders — not her Republican front-runner/presumptive nominee counterpart — seems to be the most effective strategy for taking swings. The Wall Street Journal editorial was highly critical of both parties' prospective nominees, but comparing Clinton with Sanders gave off an extra burn (sorry, pun intended):

As the primary season ends, Democratic voters are exhibiting a profound case of buyer’s remorse about Mrs. Clinton as their nominee, but she’s being rescued by the establishment … Mrs. Clinton has proven to be a lousy candidate, unappealing even to millions of Democrats. Mr. Trump is probably the weakest candidate Republicans could nominate, yet could Mrs. Clinton be the one Democrat who could lose to Mr. Trump? Maybe Democrats should consider a contested convention.

It's largely certain that Sanders will not be the Democratic nominee. And the editorial isn’t arguing that he will be, just lamenting what could have been were our system not beholden to all those pesky superdelegates. So, what’s to gain by trashing Trump and Clinton in the same breath? A contested convention, in theory, I guess.

But it could also just be that the Wall Street Journal understands on a practical level how bad someone as volatile — and lacking in clear policy — as Trump would be for the American economy in the long run and that it believes the data it cites in the editorial about Sanders being electable against Trump in November. Few (maybe no one) would have expected the Wall Street Journal to be commending Sanders a year ago, but as has been said many, many times this election, politics makes strange bedfellows.