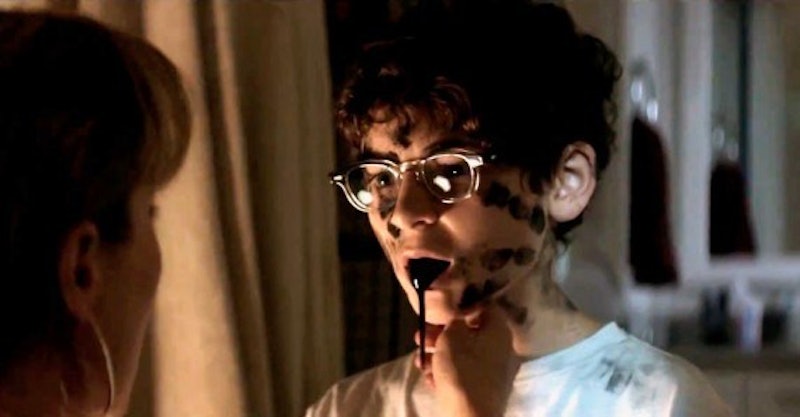 Blumhouse Productions is at it again. The studio that has reinvigorated the horror genre with their low budget, yet actually scary, films such as Paranormal Activity, Insidious, The Purge, and Sinister, has a brand new entry to their lineup: The Darkness. This film tells the tale of a family who, after a trip to the Grand Canyon, returns with an ancient and evil supernatural force that torments them by feeding off their fears and spreading darkness. Horror fans are already salivating over the film and wondering if The Darkness will get a sequel. So will it?

That remains to be seen. Given that this is a Blumhouse Production, the film certainly has franchise potential if it proves to be a solid box office performer. It has the usual Blumhouse budget of $5 million, and with other recent films from the studio like Ouija and Unfriended earning sequels with box office returns ranging from $60 - $100 million, it stands to reason that The Darkness will garner another installment as well — provided that it can duplicate those types of numbers. If the film bombs, however, then a sequel of course seems less likely. But The Darkness has a special factor in its favor that could act as insurance against a poor showing at the theater: its cast.

Given the low budget nature of Blumhouse films, they generally aren't stacked with actors you've heard of. The Sinister franchise star is James Ransone. Katie Featherston is the big name in the Paranormal Activity series, and Shelley Hennig carries both Unfriended and Ouija. None of these actors are even close to being household names, but The Darkness is changing up the formula by using a number of stars whom you've definitely heard of.

Front and center in The Darkness is Kevin Bacon, who has been a bona fide movie star ever since he danced his way into America's heart in 1984's Footloose. In addition to the headline-grabbing Bacon, the movie also features some of the most recognizable faces from today's TV landscape. Once Upon a Time star Jennifer Morrison has a significant role in the film, while Agent's of S.H.I.E.L.D.'s Ming-Na Wen and Veep's Matt Walsh add even more star power to the cast.

As another feather in its cap, The Darkness is debuting on one of the spookiest dates on the calendar: Friday the 13th. So considering that fact, along with the knowledge that Blumhouse Productions are basically experts at creating horror movie franchises, plus the X-factor of the movie's dynamite cast, it seems very likely that The Darkness will indeed make enough money to earn a sequel. Don't say I didn't warn you.