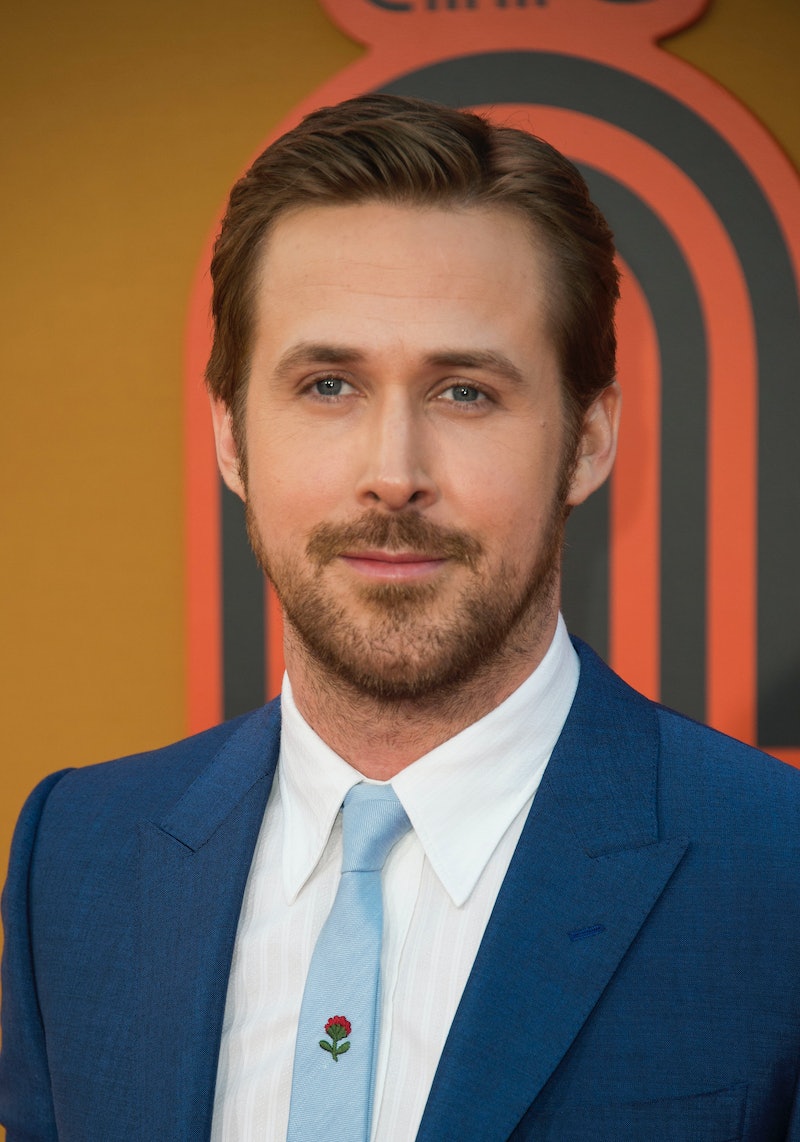 Are you sitting down? If not, you probably should get yourself situated and prepare to swoon. New dad Ryan Gosling gushed over his daughters during a Good Morning America appearance on Thursday and his words are so beautiful, my heart can barely handle it. It's almost like he doesn't even realize he's speaking in poetry. Gosling's girlfriend Eva Mendes gave birth to Amada at the end of April. Now they're parents of two, since little Esmeralda was born in September 2014. When the GMA host asked him about the now 3-1 ratio of girls vs. boys in his house, he had the perfect response. RyGos replied,

It's heaven. It's like walking through a field of flowers every day. I live with angels. It's a ray of sunshine in a dark time, because with Russell [Crowe], really, it's sad. It's sad that we've turned out this way.

Is it just me or does that sound like a "Hey Girl" meme brought to life? Sure, those feminist memes are often made-up quotes, but this time, it's something he actually said. And in case there's any confusion about why he mentioned Crowe, they star in the movie The Nice Guys together. Clearly he was joking about his co-star.

In all seriousness, Gosling has the best attitude about being surrounded by women. He told The Telegraph in 2011, "I’m attracted to films that have strong female characters because there are strong female characters in my life." He's also previously been vocal about how strong of a woman his own mother was, so his inner feminist is likely raising his daughters right. You can watch his Good Morning America interview here:

Now for your viewing pleasure (and perhaps your new iPhone background), here are a few "Hey Girl" graphics, inspired by Gosling's most recent quotes. I've decided to do the world a favor and use a meme generator, because his words are that perfect.

Since he's talking to his daughters and Mendes, I decided to make "girl" plural. Because what better way to encompass all the ladies in his life?

Are you swooning yet?!

BRB, I'm going to go shed a tear over Gosling's words. Because really, he's such a gentleman and good sport. Some guys would be intimidated by being surrounded by so many females, but not him. He totally embraces it and produces beautiful descriptions of their time together.