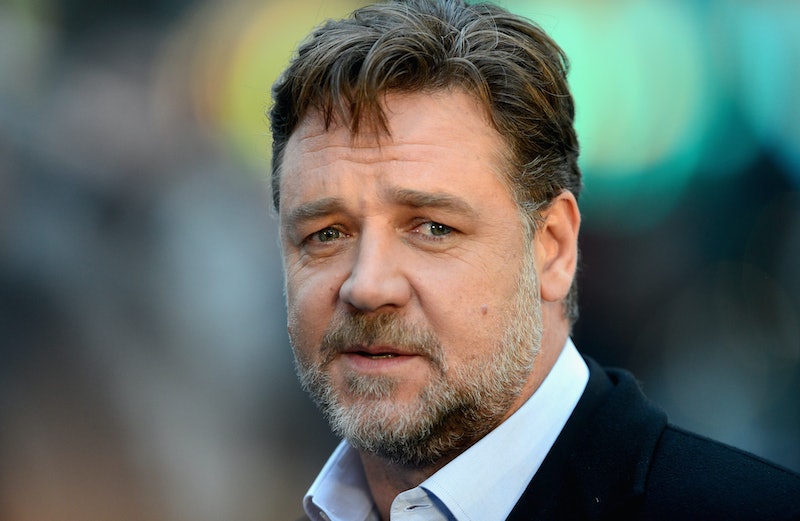 In 2014, director Darren Aronofsky came under scrutiny for his biblical epic, Noah . The film stars Russell Crowe in the titular role as the man who builds an arc in the hopes of preserving the Earth's creatures for a post-flood world. It's a story many audiences are familiar with, but Aronofsky's version had a unique perspective: In his iteration of the story, people of color didn't exist. The film features an all-star cast: Emma Watson, Jennifer Connelly, Logan Lerman, and Douglas Booth. But all of these actors, and every actor in the film, is white.

When the film was called out for its lack of diversity in 2014, Noah writer Ari Handel responded to TheHighCalling.org saying: "From the beginning, we were concerned about casting, the issue of race. What we realized is that this story is functioning at the level of myth, and as a mythical story, the race of the individuals doesn’t matter. They’re supposed to be stand-ins for all people. Either you end up with a Benetton ad or the crew of the Starship Enterprise."

Not only did the film come under fire for having a less than diverse cast, some movie goers were upset the film took liberties when portraying the story, which stems from the Bible. Paramount Pictures even added a disclaimer to the film, saying that Noah is not the same story as the one portrayed in the Bible.

No matter the amount of controversy the film brewed at the time, the film's star still stands behind his director, two years later. "I really appreciated Darren's perspective in that film. I thought he was being extremely brave," Crowe tells Bustle. "Darren had very good reasoning for all of the decisions he made. Some of his solutions were elegant solutions considering the information that's available for that particular story. Ultimately, when I go on a film set, I'm there to do the [filmmaker's] version of the film."

True, a filmmaker's vision is his or her own, and how he or she makes their film is entirely their prerogative. "He studied the biblical writings. I would back Darren Aronofsky — having an intellectual conversation about Noah and the meanings of Noah — against anybody, whatever religious perspective. He really did the work and he knew what he was trying to say with the movie," Crowe says.

Though audiences may agree to disagree, the 52-year-old star hammers home why he agrees with Aronofsky's choices. "You never saw an animal in Noah that you recognized, because he's allowing for natural selection to take place over time," Crowe explains. "He's also cutting apart any biblical time line, saying, 'We're not dealing with that, we're dealing with something that could be 150,000 years ago.'"

In Crowe's estimation, Aronofsky took liberties because he had to. "There are so many unexplained mysteries about this world. Stairs in the middle of the Atlantic Ocean — where did those come from? Machu Picchu — how did we get up there?" Crowe asks.

"There are so many big questions and things we don't know. When you have a filmmaker like Darren [who] gives it his best shot from a fresh, original perspective, it's great. We need more of it."