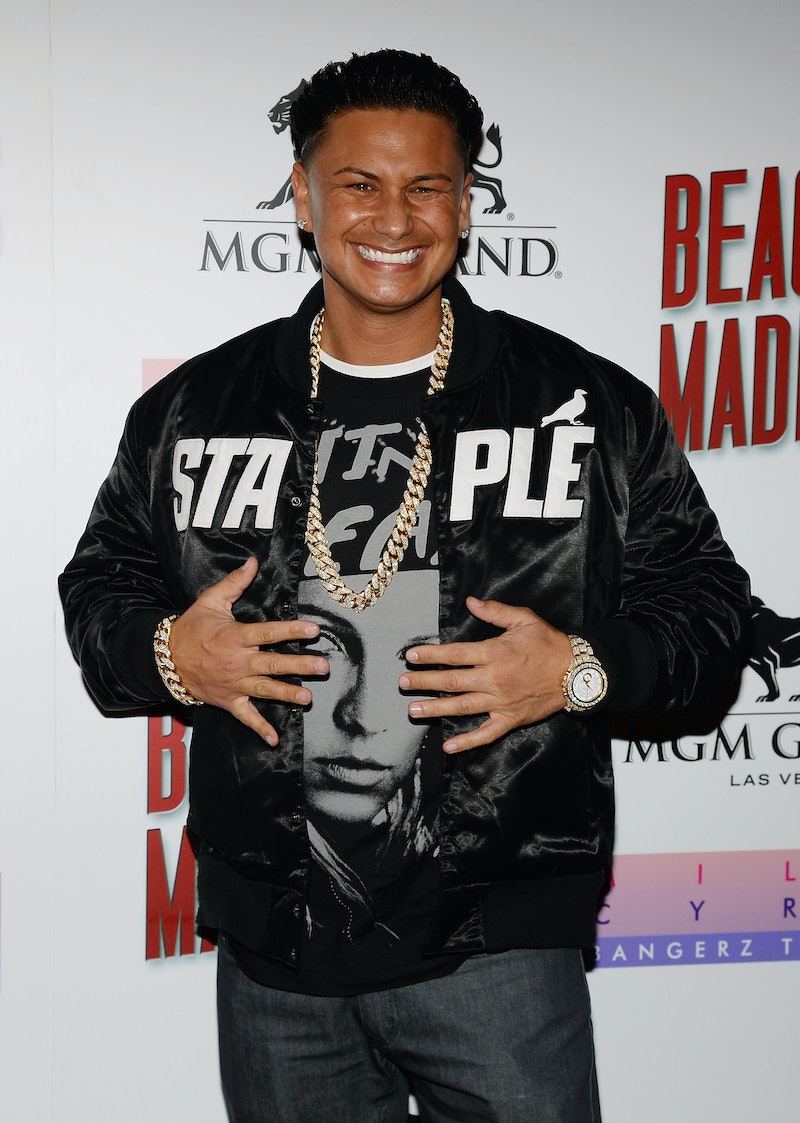 In case you were concerned about the fate of Pauly D and Aubrey O'Day's relationship, don't worry. The couple recently got back together, according to a few Instagram selfies. Either you're breathing a major sigh of relief — or you're scratching your head, because you didn't know they were even dating in the first place. Admittedly, I'm part of the latter camp. Although I had no idea that Pauly D and O'Day have been a couple since February, it makes a ton of sense. Considering they both got their start on MTV reality shows (Jersey Shore and Making The Band 3, respectively), they have a ton in common. And because they apparently really love television, they actually met on E!'s upcoming show, Famously Single , which airs in June.

Showing that things change quickly, it was just last week that E! News reported that Pauly D and the Danity Kane singer split. Explaining the break-up, O'Day told the site,

I'm the first girl Pauly has ever loved as he admits on the show — never loving before me. He brought me into his life with his daughter and mother, who I respect dearly. Nothing about our relationship was not serious. Neither of our busy schedules have anything to do with why this didn't work. At the end of the day, we tried our best.

I guess they decided to give it another go, based on the recent Instagrams of them reunited. Busy schedules and other circumstances just couldn't keep these lovebirds apart. See for yourself:

Honestly, I'm totally 'shipping this MTV pair. If anything, the network should give them their own reality show spin-off. The nostalgia would be real. Plus, based on their sudden break-up and make-up, they've got quite a rollercoaster relationship. I'd definitely tune in.