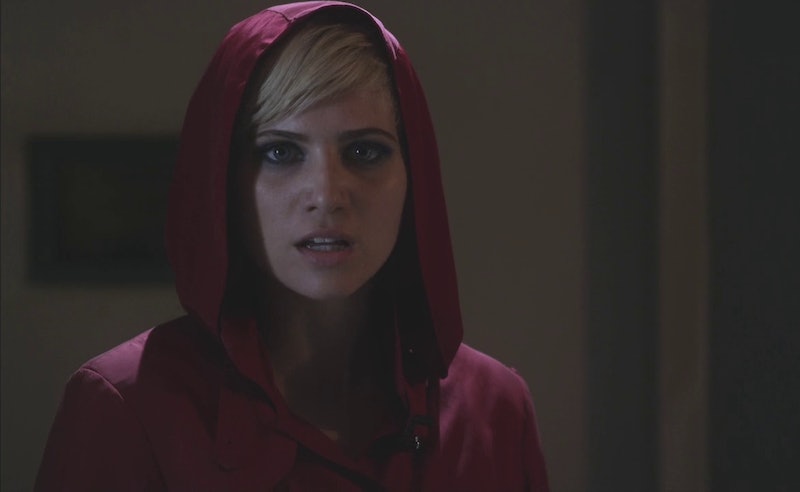 The Liars have been accused of murder so many times it's hard to keep up — but could the Liars finally be guilty of killing someone for real?! The new trailer for Season 7 of Pretty Little Liars, which dropped on Instagram Thursday, hints that Emily, Aria, and Spencer may make their most shocking decision yet — and it could lead to grave consequences. The trailer shows the three Liars searching for their kidnapped friend Hanna, but it also shows something else: the three girls standing over a grave with shovels in hand. Spencer's even talking about how their "well-thought out plan" just turned into "murder," which seemingly confirms our worst PLL fears. But if someone is dying on Pretty Little Liars, and at the Liars hands, who could it be? The Liars might murder Sara Harvey in the Season 7 premiere, and it could be one secret they're taking to the grave.

I. Marlene King stated in her spoiler video that the Liars would make their biggest mistake ever in Season 7, and given the creepy trailer, it certainly seems possible that this huge mistake is accidentally killing someone. Though there are plenty of people that the Liars could accidentally off in the new season, it would make a lot of sense for Sara to go to the top of that list. For one thing, Sara isn't exactly crucial to the new season — it's pretty clear that she's not the real Big Bad, and though she may have worked as Charlotte's right hand woman, Charlotte's now dead. Even though Sara might not be the biggest villain on the block, she's definitely one that the Liars fear — which could be the very reason why she could be the one in the grave.

I don't think that the Liars would kill anyone if they didn't truly believe that the person meant to bring them harm. Perhaps in their plan to find Hanna, the Liars also stumbled upon Sara — someone they believed was out to hurt them. Instead of listening to what Sara had to say, the Liars' instincts kicked in, and they did something that led to Sara's death. Since I doubt that the Liars would be this distraught over the death of someone who did mean them harm, perhaps they found out shortly after that Sara never really wanted to hurt them at all. Accidentally killing an innocent person would definitely explain the panic that the Liars are demonstrating in the Season 7 trailer.

Another clue that it could be Sara comes directly from the imagery in the trailer. Though it's not a clear image, the trailer seems to show a blonde woman hanging from the ropes in the bell tower. Though she has longer hair than Sara, it could be Sara in a wig, possibly even dressed up like Hanna or Charlotte.

Ultimately we'll have to wait until at least the Season 7 premiere to find out who the Liars killed, if in fact they really did murder someone at all. If it's not Sara, the Liars may have even more explaining to do.