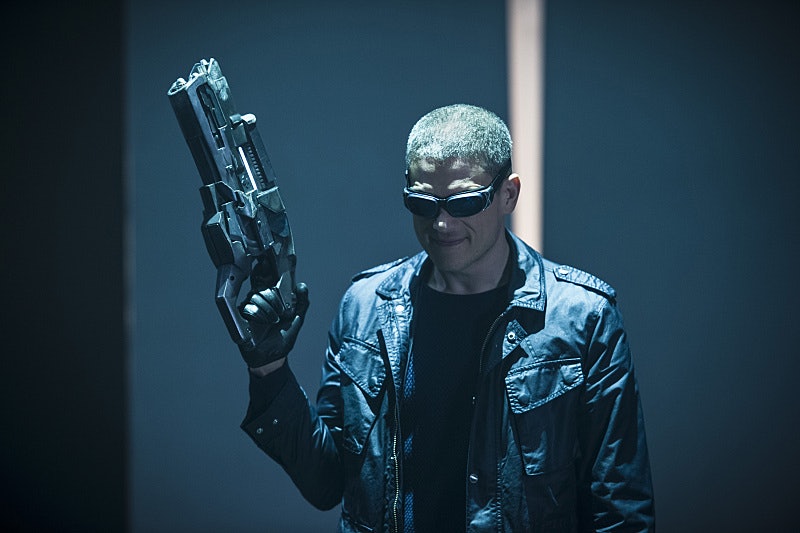 This isn't happening, right? Tell me this isn't actually happening. Snart cannot be dead on Legends of Tomorrow . I simply won't allow it. After the team discovers that the Time Masters have been using this thing called the Oculus to control their every move and decision throughout space and time, they decided to go straight to the Vanishing Point (where time doesn't exist) and destroy the device in order to get their free will back. But, of course, just like with anything else on this show, there turned out to be a massive flaw in their plan. In order to destroy the Oculus, someone needs to be present to hold a certain part of it into place. And while at first Ray Palmer, then Mick Rory both volunteered for the heroic position, Snart was the one who sacrificed himself... or did he?

Again, are we really just supposed to accept that Snart, who is arguably the best character on this show, is no longer going to be around? Carter Hall managed to come back, so who's to say the same can't happen with our boy Captain Cold? I don't care that he had the best parting line ever delivered anywhere: "There are no strings on me." I need him back in my life and on my television screen ASAP. And given all that we've seen on all of these superhero shows, I'd say that anything is possible at this point.

The good news is that the Oculus has now been destroyed, which means time can be changed and re-written now without the Time Masters engineering the outcome. Perhaps our Legends will then be able to go back in time and save Snart from his unfortunate fate. At the very least, maybe we'll get to run into past versions of Snart throughout their journeys, so we'll still get to see him on a weekly basis. Either way, come back to us, Wentworth Miller. The show just won't be the same without your sass.