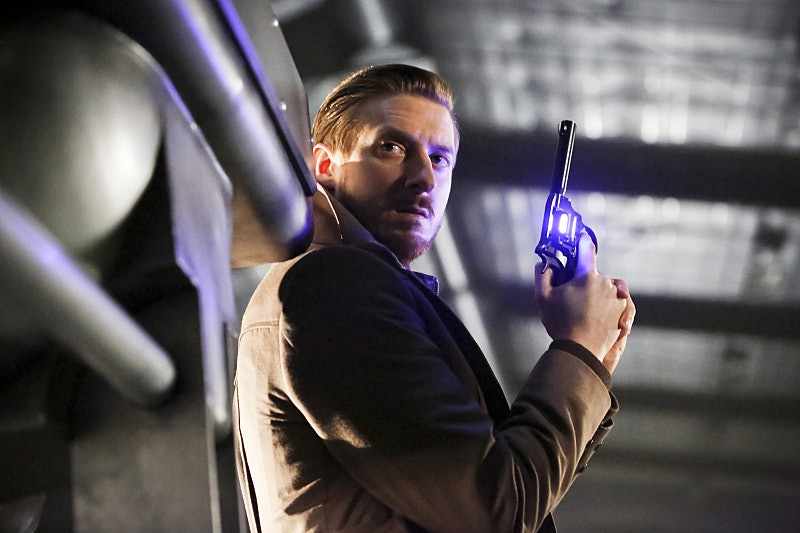 If you would've asked me even a week ago if there was a worse villain out there than Vandal Savage, I may have answered no. But now, Legends of Tomorrow has introduced a new threat to our merry band of vigilantes that apparently only Savage can save the world from. That's right, you heard me correct. Vandal Savage... saving the world. (Someone please pinch me.) It seems as though the Time Masters have been using Rip & Co. as marionettes, purposefully manipulating their actions at certain places and times all so that it could lead up to this moment. In fact, they were even the ones who instructed Savage to kill Rip's family. But according to them, this is all in serving of protecting the world from the Thanagarians. What are Thanagarians, you may ask? That's a very good question...

According to the DC Comics, Thanagarians are from a planet called Thanagar (go figure, right?) and possess several different gifts such as an extended life span, amazing strength, great stamina, impressive resistance to pain as well as enhanced vision and hearing. They also have no known weaknesses. In other words, they sound like the kind of people who you don't want to mess with.

And therein lies the key reason why the Time Masters wanted Savage to be in power by the year 2166. Because it would only be a few short years after that when the Thanagarians will attempt to invade Earth and claim it as their own. And if it weren't for Savage's leadership, the world would've been destroyed.

So again, here we are... Savage more or less serving as the hero of the world. I still can't really wrap my head around it, and yet the Oculus seemed to prove to Rip everything that they were saying was true. However, I doubt this is the last we'll hear about these guys. In fact, I wouldn't be surprised if this was the show's way of setting us up for Season 2's new Big Bad. And I'm not going to lie, I'm kind of excited about it.