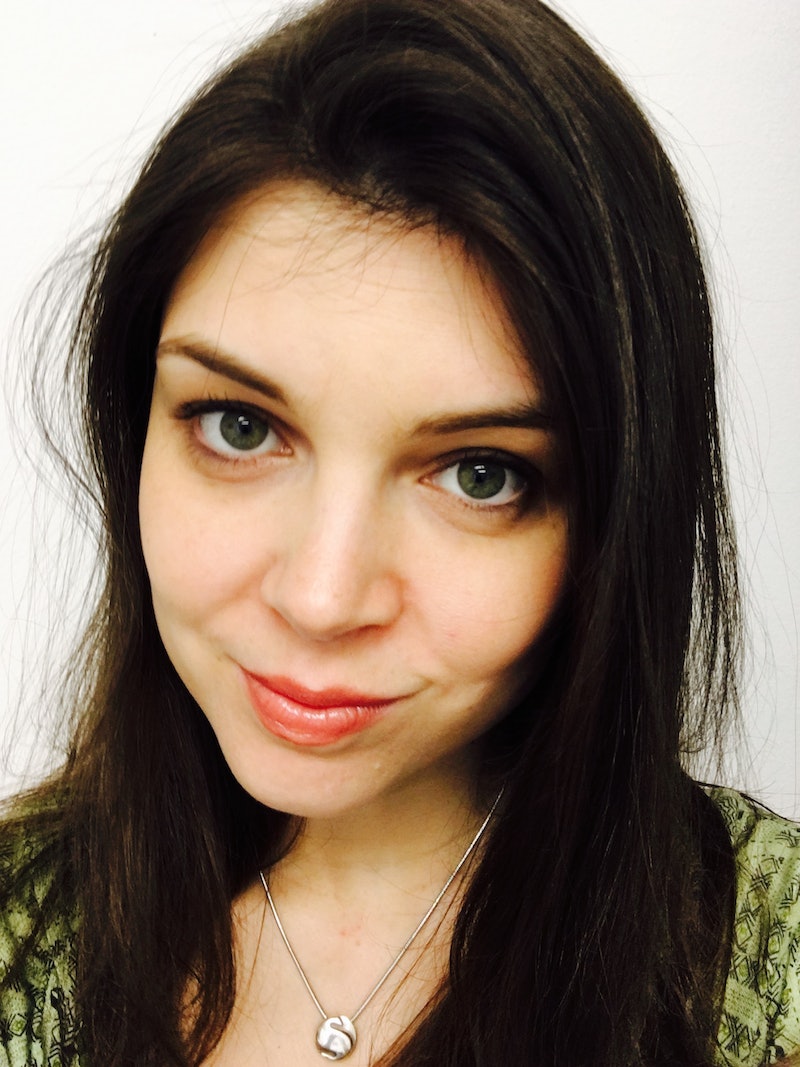 After my father died, I thought of a phrase Dan Savage likes to repeat: “There’s your biological family, and there’s your logical family.” I had always believed I knew what this meant. I hadn’t been close with my mother — we had been largely estranged since I was in college — and the rest of my family was small. I didn’t have any siblings. But over the course of the decade I spent living in New York, I had developed a close group of friends who I loved. However, it wasn’t until three of my close family members died within four years, and another became terminally ill, that I truly began to understand what it meant to make your friends your family.

My mother died when I was 28 — she came down with a severe bout of pneumonia that destroyed her lungs in six weeks. My grandmother died two months later. This was devastating, but I got through it, mostly with the help of my dad. We spoke on the phone nearly every day, and he was right beside me as I sobbed through their funerals and sorted through their belongings.

Two years later, my dad died suddenly of a heart attack. At this point, the only family I had left that I was in regular contact with was my dad’s sister, Susan, and her husband Michael. Susan tried to be supportive, but shortly after my dad died, her husband was diagnosed with Stage IV lung cancer. So I turned to my friends.

One of my greatest fears was that my friends’ compassion would run out before my grief did. I was terrified of driving them away with my neediness, and ending up even more alone than I already was.

I had spent the first year of my life raised by my father’s parents, because he and my mother were struggling with alcoholism and couldn’t take care of me. I remained extremely close to them throughout my life, particularly my grandmother, who I talked to almost every day. My father recovered from his addiction, but my mother continued to relapse and my parents divorced when I was 4. My father raised me and growing up with just the two of us, he became my best friend and greatest emotional support. My family, namely my grandmother and my father, were the people who had always been there for me and who always would be, who listened to me blather on for hours about a fight I had with my boyfriend or the stressful week I had at work.

As much as I have always valued my friends, I had never been able to take their support for granted the way I could in my relationships with my family. I’ve generally maintained a handful of very close friendships rather than a ton of casual ones, but even these tended to burn brightly before dying out after a few years. I only keep in touch with one friend from high school, and none from college. In the years since college, I’ve developed a number of close friendships, only to watch them eventually dissolve when the other person moved away or got married. I was able to accept the temporary nature of these relationships in part because my relationship with my family was so strong. Until suddenly, it wasn't.

When I told my friends my father had died, they jumped to help. They visited when they could, called when they couldn’t, and sent flowers and boxes of food. They offered to let me stay with them so I wouldn’t be alone. Still, I wasn’t used to asking for help from people I wasn’t related to. Leaning on them so much was scary.

One of my greatest fears was that my friends’ compassion would run out before my grief did. I was terrified of driving them away with my neediness, and ending up even more alone than I already was. I couldn't afford to lose anyone else. Even as I learned to rely on them more, I made sure to take care of myself as much as I could. I started seeing my therapist twice a week and began taking anti-depressants. I wrote. I even tried to date (which was, predictably, a disaster).

As I did this, though, I knew that the only thing that was really going to relieve my feelings of crushing despair was time. Around this time I spoke to someone whose father had also died; he told me it was three years before he started feeling normal again. I didn’t know if it would take me that long, but I did know that two years after my mother and grandmother died, I was still recovering from those losses. With the added shock of my father dying, I knew I probably wasn’t going to be much fun to be around for a while.

It took about six months before some of my friends started to jump ship. My best friend at the time was someone I had known for five years. She had been around when my mother died, but this time was different. This time, my friends weren’t a supplement to the support I was getting from my family; they were all the support I had. At first, she barely left my side. She attended my father’s funeral, and her own parents sent me a bouquet of flowers with a condolence letter. She brought me books, magazines, and wine. She sat with me on my couch while I cried.

After a while, though, she started canceling plans. When we finally got together, she admitted that my emotions had become too much for her. The last time we had seen each other, I told her I was struggling and she said I could call her whenever I felt down. Now, she told me she was glad I hadn’t taken her up on it — she knew she hadn’t meant it as soon as the words left her mouth. She felt bad, but she was tired of having what felt like the same conversation over and over again. We saw each other a few more times, but eventually our relationship — which I had thought was so strong — faded like a fog.

Another friend also said I could call her any time, and I actually took her up on her offer the night I learned my uncle was diagnosed with cancer. She was kind and empathetic — she had lost her father five years earlier and I know she wanted to be there for me. When we met for drinks a few days later, though, she admitted that when she saw I was calling, she hadn’t wanted to pick up the phone. She had been tired and not in the mood to talk. I think this confession was supposed to make me feel good, to prove how much she cared. She hadn’t wanted to talk to me, but she had done it anyway. We’re still close, but I never called her again.

These aren’t meant to be examples of people being jerks so much as they’re evidence of people, otherwise kind and caring people, who have reached their capacity to take on another person’s emotions. Everyone’s threshold is different, but I believe that chances are someone who gave birth to you or shared a bedroom with you is going to have a higher one than even your most patient friend. Add to this the fact that most of our friend’s lives just generally aren’t tied to ours in the same ways that our families’ are: I have friends I love who I talk to daily and manage to see every week no matter how busy we are, but I honestly can’t say what would happen if one of us moved away.

I realize that my outlook has as much to do with my own fears and trauma as the nature of my friendships themselves. Having lost so many people, the idea of needing anyone is fraught for me, and it’s hard to think of my relationships as anything but ephemeral. My uncle started hospice care last week and my friends have rallied to support me. They’ve offered to come with me on my trips to visit him and help my aunt, and have listened to me cry when I’ve felt overwhelmed.

Maybe part of growing up is learning to give and receive different kinds of love, love that is based on choice and not circumstance, love that has bounds.

As generous as they’ve been though, I can’t say how much help I’ll ultimately feel comfortable asking them for. I try to dole out my sadness in portions that are digestible. I’m still afraid of seeming too helpless, too needy, of alienating some of the few people I have left. Because ultimately, my relationships with my friends are lopsided. I need them to be my family because I’m on my way to having no family left. As much as they love me, I know they don’t depend on me in the same way that I depend on them; they have parents and siblings. I tried to stand on my own as much as I could after my dad died, but a couple of times I broke down and called a close friend at 3 a.m., sobbing, too sad to sleep. Both times, he answered and listened patiently, acting as if me calling him in the middle of the night was the most normal thing in the world. I don’t know what I would have done without him. He has never called me at 3 am. None of my friends have.

Maybe part of growing up is learning to give and receive different kinds of love, love that is based on choice and not circumstance, love that has bounds. Sometimes, however, it’s hard to think of myself as a grown up. There are moments, when I am alone and missing people who are gone, when I still feel like a child. When I want to be cared for and coddled without worrying about reciprocation or rejection; when I want the kind of love that, in theory anyway, is unconditional and unbending. When more than anything, I want my mom, I want my dad.

More like this
10 Thanksgiving Alternatives You Can Celebrate This Month
By Katie Mitchell
I Tried Sex Magick To Tap Into My Inner Sensuality
By Brittany Beringer
Emily Ratajkowski & Pete Davidson's Astrological Compatibility, Revealed
By Nina Kahn
Are Sagittarius & Capricorn Compatible In A Relationship? Astrologers Weigh In
By Kristine Fellizar
Get Even More From Bustle — Sign Up For The Newsletter