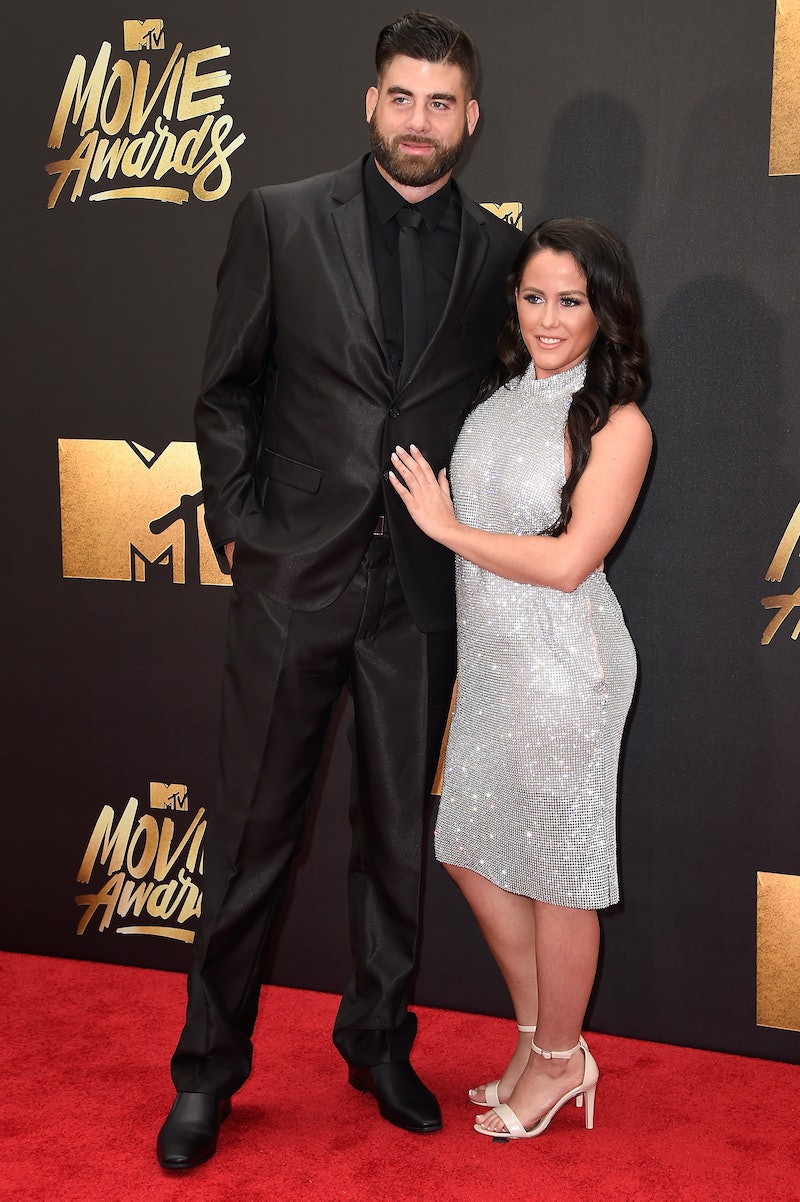 Season 7 of Teen Mom 2 has introduced us to Jenelle's boyfriend, David Eason, the tall, bearded guy who is not Nathan (or Gary or Courtland or Kieffahhhh). Eason is a regular fixture on Evans' Instagram, in her home (especially now that the two live together), and on the show, particularly as he's now become the go-between Evans and her ex, Nathan Griffith, and he and Barbara get into a giant, door-slamming fight in next week's episode (yikes). While Eason is just the current boyfriend in a string of notoriously volatile relationships, Evans does seem to be blissfully happy with this one — so far, at least.

Still, there are some definite red flags here (namely the fact that Griffith has brought up Eason's alleged domestic violence charges on the show, and the time that Evans' mom called Eason, 27, "the worst boyfriend she's ever had," which is saying a lot when you look at guys like Kieffer Delp and Courtland Rogers). As the season unfolds and viewers get to form their own opinions of Eason (particularly after he and Barbara go at it), it's important to have some background info on the guy first.

Let's break it down.

He Has Two Children

Like Evans (who is mom to Jace, 6, and Kaiser, who will be 2 next month), Eason is a parent of two. As fans know, he is dad to 9-year-old Maryssa (who often appears on the show), and he also has a young son named Kaden.

He May Have A Criminal History

According to Starcasm, Eason allegedly has a criminal history that reportedly includes offenses of "possession of drug paraphernalia" (he was sentenced to probation, RadarOnline reports), "misdemeanor of breaking and entering, larceny after breaking and entering," and multiple offenses of "driving while impaired." Radar reports that Eason spent time in jail from October 2014 to January 2015, and that Eason was arrested for domestic violence, for allegedly choking his ex, but was later found not guilty in court.

According to the Mayo Clinic, vitiligo "is a disease that causes the loss of skin color in blotches." Eason's vitiligo was most prominent in the episode of TM2 when he was texting Griffith about Kaiser.

After fans tweeted Evans about a prominent scar on Eason's neck during a recent episode of TM2, she revealed that the scar is from surgery and that Eason has beaten cancer.

He & Jenelle Met On Tinder

While Evans' TM2 co-star Chelsea Houska met her guy at the gas station, Evans opted for the tried and true method of right-swiping on Tinder (which is also how she met ex Nathan Griffith).

Is David Eason "The One" for Evans? It looks like only time will tell — but the two do seem incredibly happy together. Let's see how Season 7 progresses first...