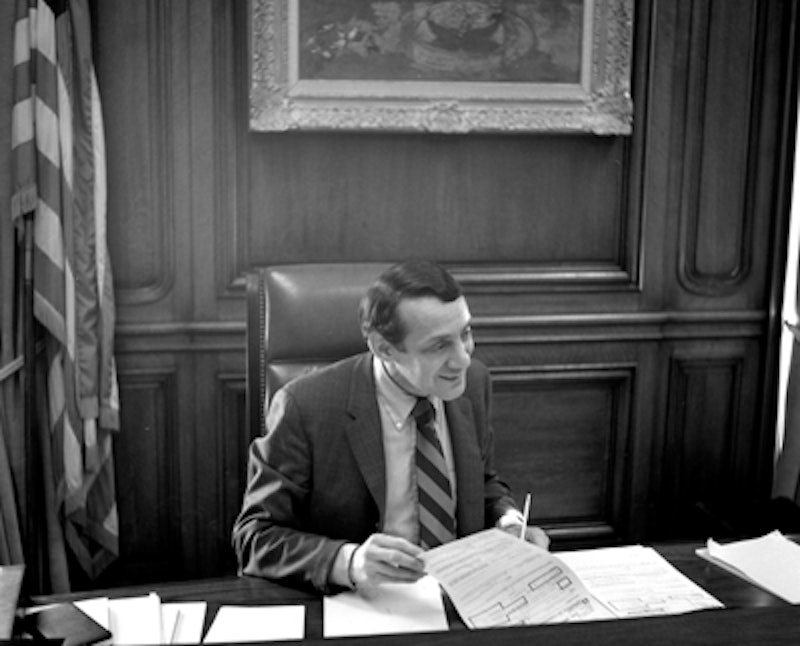 As you're undoubtedly aware, June of 2016 (which is coming up soon, you guys!) marks the first anniversary of the legalization of same-sex marriage in the United States. I don't know about you, but I'm already gearing up for the festivities, which promise to be truly epic. If you're not in the spirit yet, you will be once you read all the inspiring quotes about LGBTQ rights that show how far we've come as a society — and if you're not excited after that, I don't really know what to tell you. Congratulations on having your feels box removed, I guess?

Of course, before we begin, it's important to note that America isn't exactly an LGBTQ utopia, and neither is any other society. Same-sex marriage is legal and some states have passed legislation protecting the LGBTQ community from discrimination, but there's still a long way to go in the fight for equality. LGBTQ youth still have disturbingly high rates of suicide and homelessness; bisexual people face disproportionate amounts of poverty, violence, and discrimination; and transgender rights are under direct attack by discriminatory legislation passed in North Carolina and Mississippi this year.

Clearly, it's still not easy being LGBTQ, but that doesn't negate the fact that attitudes have changed for the better. Without further ado, let's look at 10 quotes about LGBTQ rights that are guaranteed to give you all the feels (and probably make you glad you live in the modern day).

2. "I support allowing gay couples to marry because of — not in spite of — my values. And many of those values are the same ones deeply held by those who do not believe in gay marriage."

3. "A person once asked me, in a provocative manner, if I approved of homosexuality. I replied with another question: 'Tell me: when God looks at a gay person, does he endorse the existence of this person with love, or reject and condemn this person?' We must always consider the person."

(Side note: Would it be better if Pope Francis outright supported the LGBTQ community? Of course. But just a few decades ago, the Catholic Church was far more outspoken against homosexuality, which is why I've included this on the list — even if we're not all the way there yet, it's a huge step forward.)

4. "I believe much more in love and heart. That’s much bigger [than] to see what you have in the middle of your legs."

6. "One disco, one soft ball game, one lost love, one gay pride rally at a time."

7. "A lot of parents never speak to their transgender kids again; that's not the case in my family."

9. "I'm a supporter of gay rights. And not a closet supporter, either. From the time I was a kid, I have never been able to understand attacks upon the gay community."

More like this
10 Times Boris Johnson Got It Wrong On Trans Rights
By El Hunt and Sam Ramsden
'Heartstopper's Kit Connor Called Out Twitter For Making Assumptions About His Sexuality
By Nola Ojomu
How To Fight For Reproductive Rights, Based On How Much Time You Have
By Courtney Young
Jake Daniels Just Became The UK’s First Active Football Player To Come Out As Gay Since 1990
By Sam Ramsden
Get Even More From Bustle — Sign Up For The Newsletter