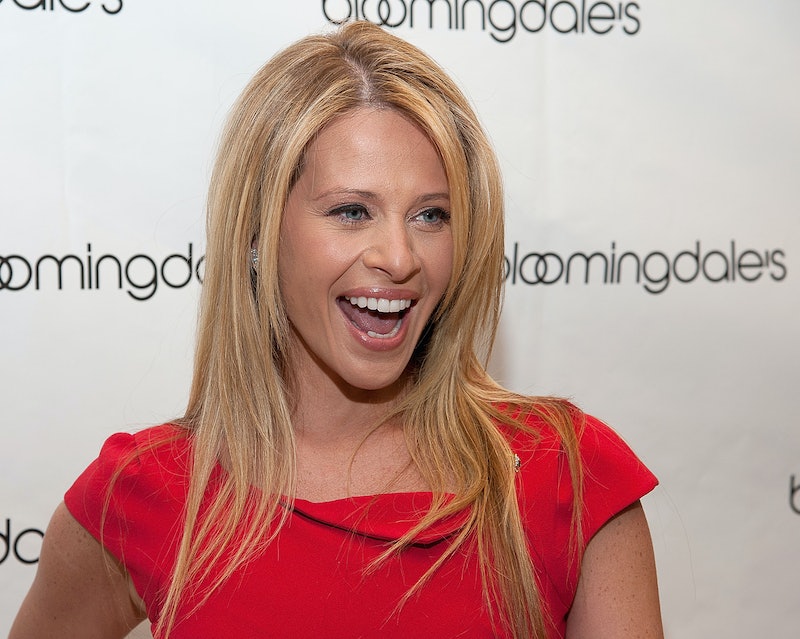 For fans eager to know why Dina Manzo will no longer be appearing on Real Housewives of New Jersey , the answer isn't that she was fired or that she has drama with the other ladies or any of the other rumors flying around regarding her exit from the Bravo reality show. When you get to the heart of the matter, as she did in a new interview with Fox 411, it turns out Manzo's reason for leaving the series is surprisingly simple — she no longer lives in New Jersey.

In fact, the 44-year-old (former) reality star, who finalized her divorce from husband Tommy Manzo in February and is now dating David Cantin, lives clear across the country, in California.

"I [live] in L.A.," Manzo told Fox 411 in a recent interview. "I don't live in New Jersey anymore. I went through my divorce this year [and] I moved out to California, so it didn't make sense."

Manzo also spoke about her previous reasons for leaving the show (lest we forget she also left during Season 2), and she was honest about the pitfalls and trials and tribulations about working in reality TV.

"It wasn't what I thought I was getting myself into, and I realized that," she explained. "I'm kind of the person that if it's not comfortable and it doesn't fit who I am, I walk. You have to be happy and if it doesn't sit well with your soul, you have to listen to that."

And despite rumors that she was fired from the show, the reality star insisted that she was asked back — but the fact remains that she doesn't actually live in the state and the logistics of it all would be too complicated.

"Of course, they asked me back," she said. "I thought about it for a minute, and I thought, 'How am I supposed to do this? I don't live there.' I have an apartment here in Manhattan but I don’t live in New Jersey, so I don't see how that could work."

Since Manzo is now living in L.A., however, what are the chances that she'd be up for an appearance on Real Housewives of Beverly Hills?

"I guess I could," she said, laughing. "I'd have to get my own jet first before I did that. You never know."