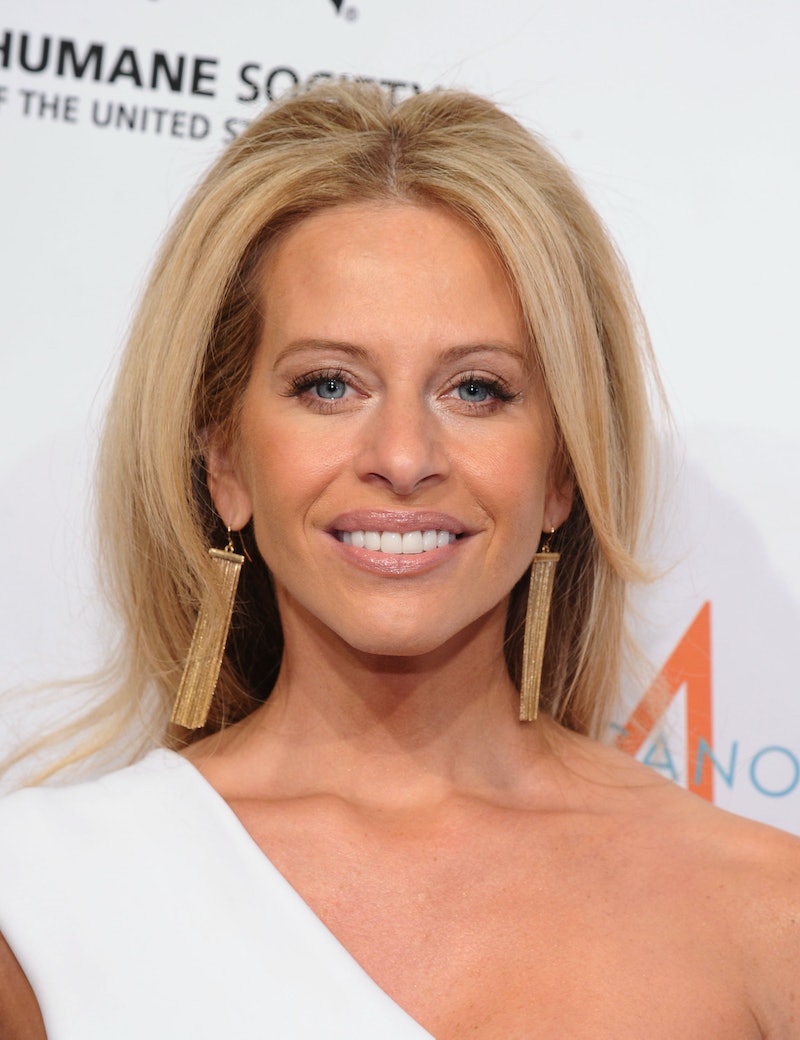 Well, the Real Housewives is officially without both Manzo sisters. While talking with FOX 411 Monday, Dina Manzo revealed she is not returning for Real Housewives of New Jersey Season 7. Obviously, this isn't the first time Dina has parted ways with the Bravo series. She appeared in the first two seasons, left after Season 2, and then returned for Season 6, but it looks like she is done for good — again. As disappointing as that may be for Dina fans (and Grandma Wrinkles lovers), the 44-year-old reality star has a good reason for departing the beloved Bravo series.

For those who don't know, Dina doesn't live in New Jersey anymore. That's right, she is now a resident of California. Obviously, the commute between the west coast and the east coast really wouldn't work for RHONJ. "I [live] in L.A.," she said. "I don't live in New Jersey anymore. I went through my divorce [from Tommy Manzo] this year [and] I moved out to California, so it didn't make sense."

That said, she was invited back for Season 7, but turned it down. "Of course, they asked me back," she admitted. "I thought about it for a minute, and I thought 'How am I supposed to do this? I don't live there.' I have an apartment here in Manhattan but I don’t live in New Jersey, so I don't see how that could work."

As for the reason behind her first exit from RHONJ, she said,

It wasn't what I thought I was getting myself into, and I realized that. I'm kind of the person that if it's not comfortable and it doesn't fit who I am, I walk. You have to be happy and if it doesn't sit well with your soul, you have to listen to that.

Dina never fails in following her heart or keeping herself happy, and I don't blame her

Even though she won't show up when RHONJ returns sometime this summer for its long overdue Season 7, a few other familiar faces will be. Dina's best friend Teresa Giudice, her sister-in-law Jacqueline Laurita, and Melissa Gorga are all set to return.

If that doesn't make Dina fans feel better, she did say that there's always a chance she'd appear on Real Housewives of Beverly Hills. "I would have to get my own jet first before I did that. You never know." Anyone else think Dina and Lisa Vanderpump would make the best of friends, especially when it came to their love of animals? *fingers crossed*