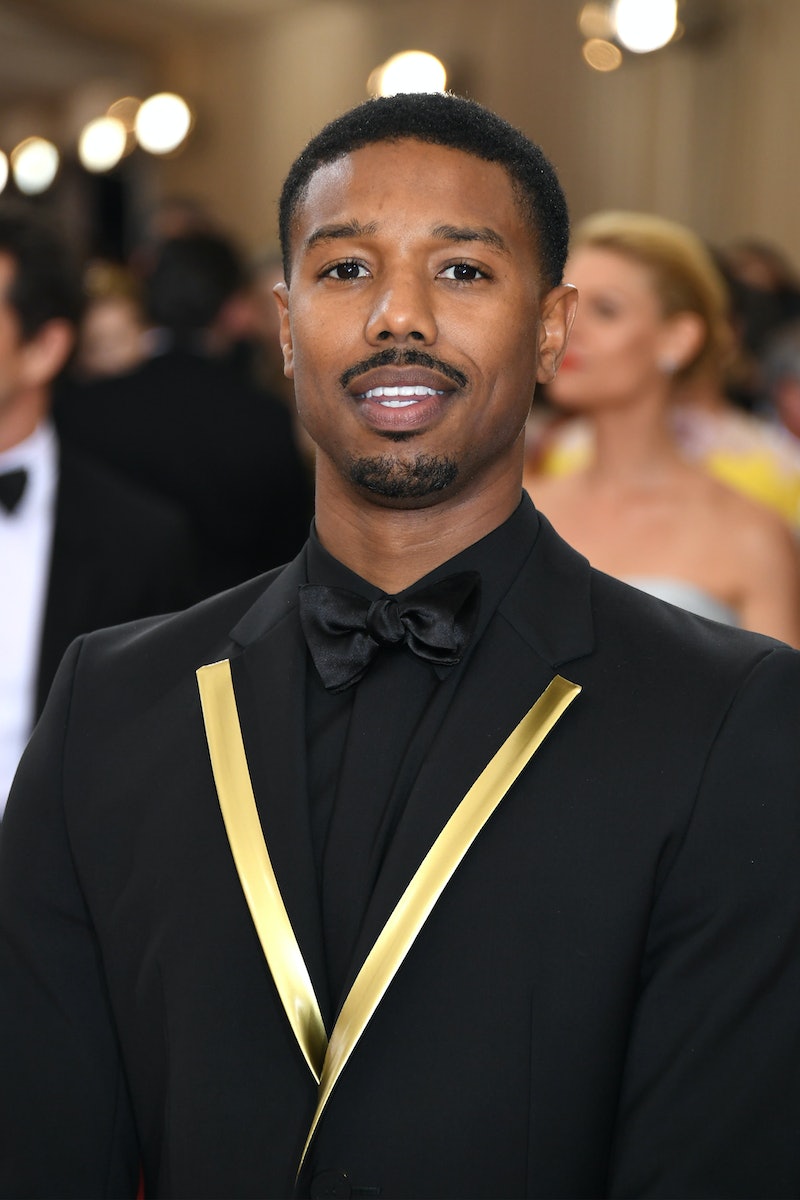 Everyone, I need you to please immediately stop what you're doing and take a seat. What I'm about to tell you will breathe life into yo. Michael B. Jordan is joining the Black Panther cast, according to The Hollywood Reporter. I repeat: Michael B. Jordan, aka one of the greatest young talents working in Hollywood today, is joining one of the most exciting upcoming movie projects. Black Panther's development has been fun to track. This feeling was further affirmed when it was reported by THR just a day before Jordan's casting news, that Lupita Nyong'o is reportedly in negotiations to join. But this perfect addition to an already perfect project? Life-giving, I tell you. Life-giving!

"Who will Jordan be playing in this brilliant film?" you may be asking yourself. Well, your guess is as good as mine. The Black Panther universe is expansive and there are plenty of characters for Jordan to take on. But, a Hollywood Reporter source claims that Jordan could be playing the villain. What? A villain? Can Michael B. Jordan, the noble, mature (yet somehow baby-faced), heroic actor play a villain? You bet, kiddos. If this comes to fruition, Jordan playing the Black Panther villain could be a great move.

Jordan has yet to play a dyed-in-the-wool baddie. Sure, he was a bad boy in The Fantastic Four but that was more of a harmless, James Dean sort of bad boy. This time around, it would be exciting to watch Jordan go especially evil. I can't be the only one who sees the broody, moody, maniacal parts of Jordan waiting to be put to good use, right? The actor's ability to go superhero was translated to Creed, where he accessed the right mix of emotional prickliness and vulnerability while putting his boxing skills to good use.

So, if Jordan is ripe for turning to the dark side, which villain could he be. There's already talk of who the Black Panther villain could be. My money is on these two:

The White Wolf is the adopted brother of Black Panther. In the comics, Hunter is a young boy saved by T'Challa's father T'Chaka when his plane crashes in Wakanda. Raised by T'Chaka and accepted as a member of the family, beloved by the Wakandan people, when T'Challa takes the throne, Hunter feels slighted. He becomes the White Wolf, posing a real physical and emotional threat to T'Challa. The sibling rivalry element here make for great conflict, as we've seen between Thor and Loki.

Erik Killmonger is possibly the biggest physical threat the Black Panther faces. Born in Wakanda but exiled for his father's criminal activity, Killmonger lived in Harlem. There, he fed his need for vengeance against those who contributed to the exile and death of his father by training for an inevitable battle. Blaming T'Chaka's weakness as a king in not saving his father, Killmonger returns to Wakanda to challenge the Black Panther in a fight for power.

No matter which way the role goes — whether it's the White Wolf, Erik Killmonger, or an entirely different villain altogether — there's no denying that Jordan is a perfect addition to this cast. Who wants to start placing bets on who he will play?