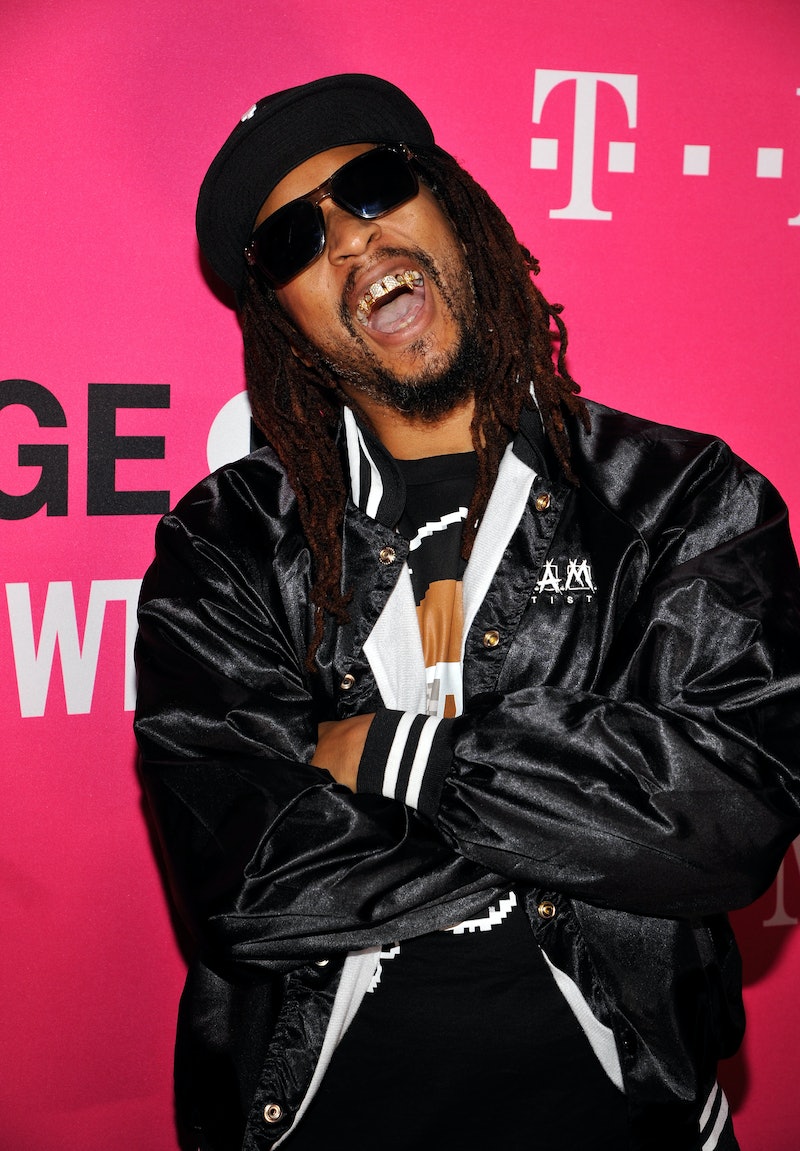 There's something so majestic about our middle school dances in the early 2000s, provided you can look at them with 20/20 hindsight. In the moment, they are often horrific, emotionally scarring displays of the most primal adolescent behaviors. In retrospect, middle school dances are magnificent; insecurity, hubris, and reckless, hormone-addled inhibition all rolled together into one gorgeous bacchanalia of excited flashing lights and tinsel streamers and overly animated AIM away message updates. And the songs, oh the songs. There were definitely certain songs every middle schooler dirty danced to, once upon a time.

Yes, tweenagers in the early 2000s certainly knew how to get down. But, even all these years later, it doesn't take much for all the feels to come rushing back: Accidentally stumble into the wrong movie theater or mall food court that just happens to be playing "Get Low" or "Hot in Herre" or "Yeah!" and you are back in that sterile middle school cafeteria, sweating to the oldies (meaning OutKast, potentially Sean Paul, or a polo shirt-wearing iteration of early Kanye). Heaven forbid the teenage passersby at the cafes I write at that are wearing Axe Body Spray or that one bizarrely intoxicating cotton candy perfume they still sell at Sephora, lest I involuntarily start two-stepping. Here are the 19 songs that will make you do the same because you definitely danced to them in middle school and you're going to want to again now.

It's 2004, you're wearing your popcorn shirt that shrinks to doll-size, and AIM just became free. You arrive at your middle school gym still on cloud nine from the rush of endorphins that accompany your attainment of the screen name PiNkPaRtYmOnStErGuRl4562341.

As if your butterfly clips and body glitter weren't enough, you've managed to convince half of your seventh grade class that your mom finally let you get your ears pierced thanks in large part to your discovery of stick-on earrings. David Weinstein picks up what you're putting down, and pulls you onto the dance floor.

The hot dude with the Beiber hair mouths these lyrics to you from across the room, and they become the nine sweetest words in the English language: "Is that your a** or your momma half reindeer?" There was nothing more to say. You knew what to do.

This song comes on in your school's auditorium, which has been cleverly disguised as some sort of messed up space station with tin foil and silver streamers. You get a text on your Sidekick from that one boy in Social Studies, and before you can say "tight hip huggers (low for sure)\Shake a little somethin' (on the floor)" you're dancing the rest of the night away. Or those next four minutes and 41 seconds.

But guess what? He sees you with that bedazzled jean jacket, girl. You're kind of killing it right now. Go get busy. Not that busy. Just dancefloor-wise. Busy enough to hear Sean Paul's mumbling and not be flummoxed by the fact that you have no idea what it means.

This song comes the radio while riding in the backseat of your mom's minivan. She immediately turns it off at the mention of the phrase, "How you like it, daddy?"

Thanks to your trusty new lime green iPod Mini, you've been practicing your "Uh-Oh" dance for weeks in preparation for this very song. It debuts, in the basement of your friend's stepdad's house, to rave reviews.

It still stands as a perennial tween classic, it's just that when it played on iPod speakers in the veranda of your summer camp ice cream social circa 2003, when you were trying to catch the eye of that jerk from Cabin 7 (who was always pretty nice to you but only insofaras his generously liking all your MySpace pictures), you had no idea this song was actually about.

Because you couldn't Google the meaning of milkshake on the spot on your hot pink Motorola Razr without pressing the 9 key like four times and costing your parents a fortune in data overages, you assumed milkshake just meant whatever the equivalent of "I don't think you're ready for this jelly" meant (a term I am still trying to decipher to this day). However, as it turns out, As The Guardian reported, Kelis actually admitted that the origin story of "Milkshake" wasn't that great: "It means whatever people want it to; it was just a word we came up with on a whim, but then the song took on a life of its own," the singer said, according to the outlet.

There is perhaps nothing more quintessentially 2004 than underage kids grinding to a song that starts with a condemnation of teen drinking and leads into the house party promoted by J-Kwon's heavily-forwarded Sidekick email.

In 2004, you thought there was something more sinister to this song as you ushered all your newly-adolescent friends onto the dance floor. 2016 you knows better: That song's blatantly about candy.

BRB, guys, have to pause to re-order me some Cotton Candy perfume and enough butterfly clips to cover my whole head. Have fun dancing!

More like this
Stop Everything – A Take That Film Is In The Works
By Sabah Hussain
Harry Styles Performed A Snippet Of Taylor Swift’s “22” & The Crowd Went Wild
By Jake Viswanath
Shocked Fans & Former Co-Stars React To Ray Liotta’s Death At 67
By Grace Wehniainen
'Stranger Things' Star Joe Keery Is Dating An "Indie Scream Queen"
By S. Atkinson and Grace Wehniainen
Get Even More From Bustle — Sign Up For The Newsletter