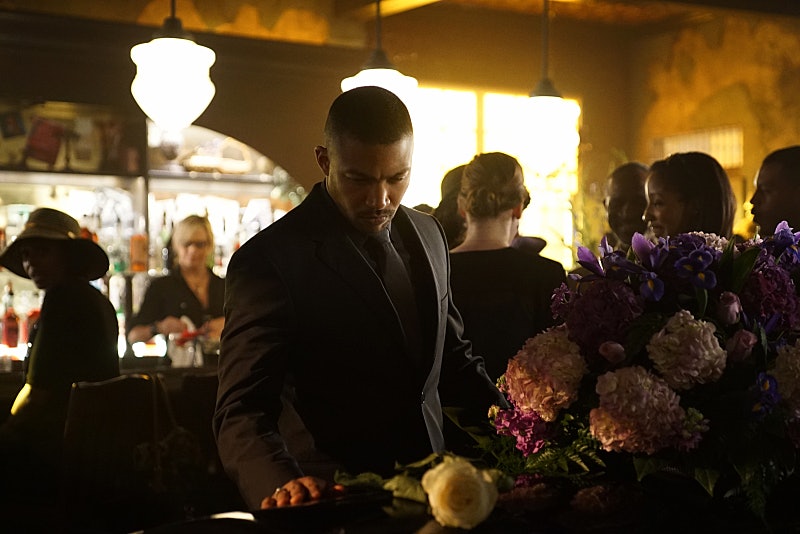 If you thought Davina's death in last week's episode of The Originals was the last of it, well, you were wrong. After Freya was able to use her power to channel the prophecy in "Give 'Em Hell Kid," she and Elijah saw a new prophecy that showed Marcel drinking Lucien's serum and killing Elijah and Klaus. When he confronted Marcel about the serum, Elijah ripped out his heart, sending the longtime Mikaelson ally and foe to his death. At least, that's what he wanted them to think. At the end of the episode it was revealed that Marcel actually took the magical serum the moment Vincent gave it to him. Marcel became the ultimate beast on The Originals , and he's coming for the Mikaelsons.

Elijah, Klaus and Hayley might think Marcel is dead, what with Elijah having separated his heart from his body. But, it turns out that the serum, which, you'll recall, can turn a vampire into a super vamp hybrid with the power to kill an Original, also makes one capable of functioning without a heart. Marcel isn't just still alive, he's unbeatable. And what's worse is that Klaus, believing him to be dead, will never see it coming when Marcel demands his revenge for Davina's death.

It's unclear why Marcel went through this whole charade with Elijah and Klaus when he had already taken the serum. Perhaps it was his attempt at giving the Mikaelsons one last chance to show that they would and could co-exist with him even if he was more powerful than them? Challenge Klaus with the idea of his protege becoming his superior and see how he reacts. Or maybe it was his way of keeping Klaus and Elijah busy while Vincent cut off the connection to the Ancestors, ensuring Freya wouldn't be able to channel their power to defeat Marcel as she did with Lucien.

Whatever Marcel has planned for Klaus and Elijah, it can't be good.