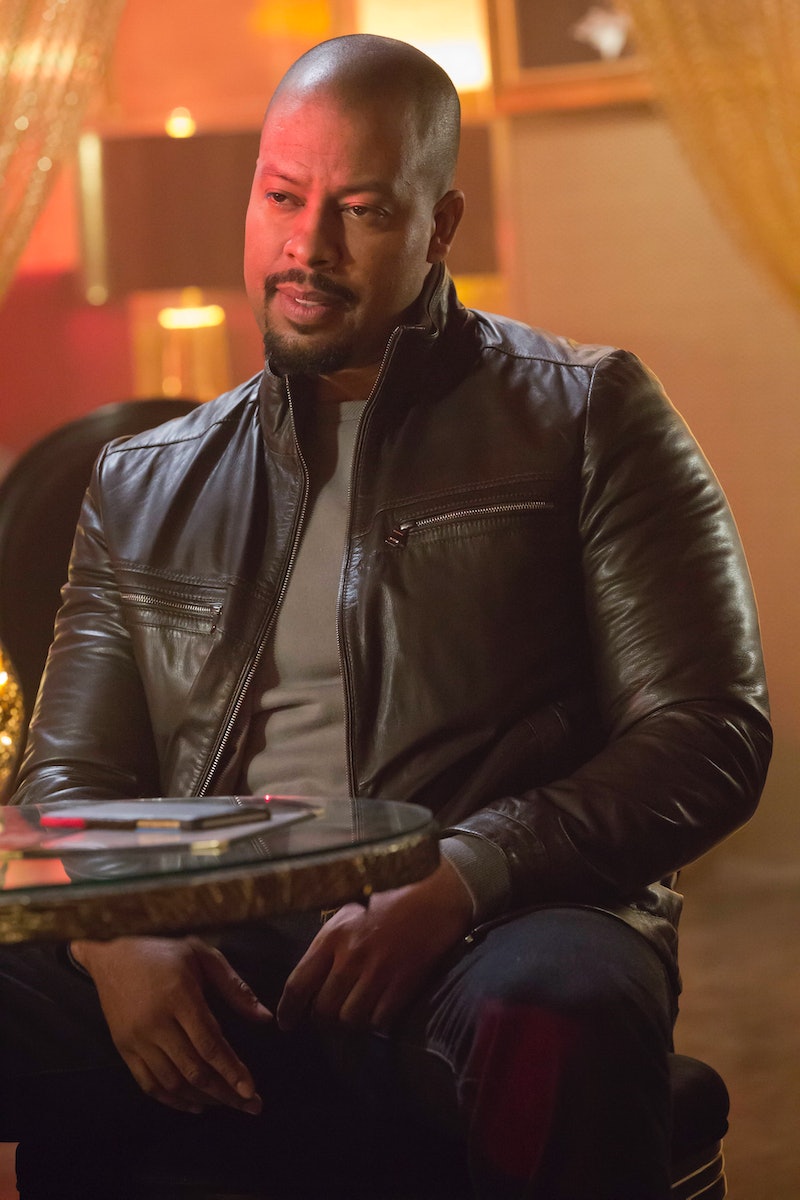 Well, if things on Empire weren’t bad already, they certainly have gotten worse — Carol blabbed about Lucious killing Frank Gathers in prison to his daughter, causing Freda to grab a gun and accidentally shoot Jamal. Besides that act of violence, Carol is getting herself in more trouble by hanging out with Tariq Cousins (played by Morocco Omari), a guy that she and Cookie knew from their own neighborhood in Philadelphia. But who is Tariq on Empire and is he going to put Lucious back in jail?

Poor Carol. She gets sober, kind of, only to become involved in all of these problems. Suffice it to say, though, that Lucious is no stranger to prison and getting in trouble with the law. Cookie went to jail for 17 years for something Lucious did in order to spare him, and then he spent a few months in prison at the beginning of Season 2. Lucious has done a ton of horrible things, so it’s not a surprise that he’s being investigated. Tariq, who used to work in the New York City Police Department and now is instead employed by the FBI, is obviously using Carol as a way to get closer to putting Lucious in jail… again. A few weeks back, Carol said something out loud at a restaurant in public about helping Lucious murder people. Tariq overheard it, and boom — there’s his way to bring Lucious down.

Though viewers don’t know the breadth of the charges against Lucious, we do know that they must be federal, or else the FBI wouldn’t be looking into them. Drug running? Conspiracy? Racketeering? Littering? Tariq could be after Lucious for any number of reasons. All I know is that whatever Tariq is planning for Lucious can’t be good. Here are some possible scenarios for how this all could play out in the Empire season finale on Wednesday night.

Tariq Gets Carol To Turn On Lucious

Tariq is totally playing Carol, and I feel kind of bad for her. She is just looking for redemption after coming out of rehab, and Tariq is giving it to her in spades — but only to gain her trust to flip her on Lucious. Tariq could offer Carol immunity depending on her testimony against Lucious, and Carol, knowing that jail is even worse than rehab, could take it. What does she owe Lucious, anyway?

Lucious Figures It All Out

Lucious eventually knows everything about everything, so it wouldn’t be a surprise if Thirsty and his gang found out that Tariq was investigating Lucious and made him disappear like they did reporter Harper Scott.

Anika Gives Lucious Up For Immunity

Carol may have her temporary morals, but Anika certainly doesn’t. We all know she pushed Rhonda down the stairs to kill her unborn child (the shoes don’t lie, y’all), so what if Tariq says he’ll get the New York City District Attorney’s office to drop those charges if she can offer up everything she knows about Lucious? Anika and Lucious were once engaged, so I’m sure there’s little she doesn’t know about his shady past (minus the fact his mother is alive, because not even Cookie knew that).

Whatever the (federal) case, Tariq is coming for Lucious on Empire and it’s not going to be pretty when it ends.