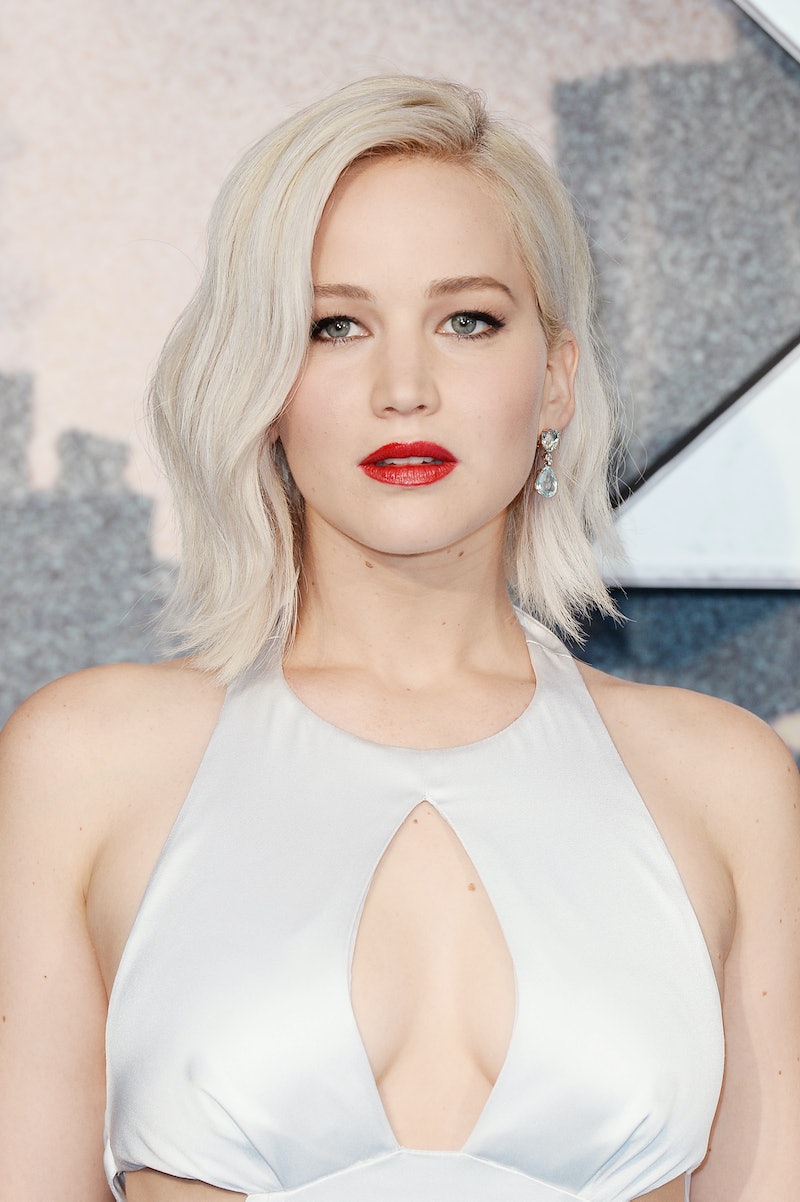 When it comes to the upcoming election, everybody has an opinion. Whether your favorite celebrities or your friends or that annoying person you went to high school with, the presidential race is a popular conversation topic — and rightfully so. While Aaron Carter made headlines for backing Donald Trump, there's another celeb who won't be throwing her vote in the Republican candidate's direction. On The Graham Norton Show, Jennifer Lawrence got real about Trump and her comments are straight to the point. She's never met The Donald, in case you were wondering, but she did come pretty close. The Hunger Games star recalled,

I was at a concert that I heard he was attending. So I had my full security, I was like, "Find Donald Trump." I was adamant on finding him and making a video of me going, "Hey, Trump. F*ck you."

Explaining why the confrontation never happened, J. Law joked, "I think he knew I was looking for him." I mean, if I was Donald Trump (what a strange sentence to type), I wouldn't want to mess with Katniss IRL. Plus, I'm quite curious about what concert both of them wound up at; I wouldn't imagine them having the same taste in music.

Profanity aside, I applaud Lawrence for not mincing her words. Then again, she's never been one who shied away from sharing her opinions. Plus, remember what she wrote in her Lenny Letter essay about the wage gap? The 25-year-old said, "I’m over trying to find the 'adorable' way to state my opinion and still be likable! F*ck that." While the context was different, it totally applies to her stance on the election. Not only does Lawrence's anecdote make the video worth watching, but Johnny Depp's Trump impression is undeniably awesome. He has the accent and intonation down perfectly.

Now fans know which way Lawrence isn't voting in the elections. Even if you don't agree with her, it's at least respectable that she doesn't hide her opinion. Props to her for continuing to speak up about things she cares about. And in typical J. Law fashion, she was pretty hilarious in the process.