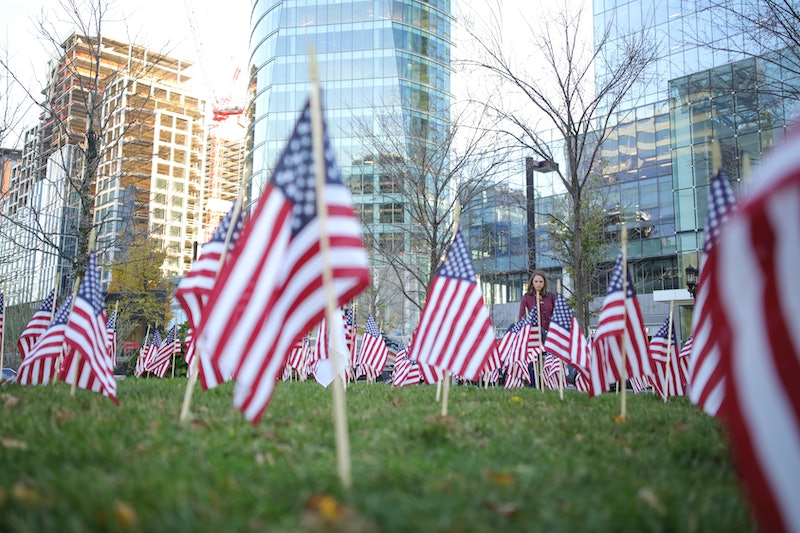 Memorial Day is mostly known as the party-packed kickoff weekend to summer, and it includes a day off from work. While, yes, that makes it an amazing annual celebration, the history of Memorial Day is extremely important to keep in mind. It is about honoring all the brave individuals who have lost their lives while serving in the military. This holiday is centuries old, and in the midst of hitting the open road with friends and partying on the beach, you should at least take a moment to acknowledge all the soldiers who have died fighting for our freedom. After all, that's why Memorial Day exists in the first place.

Honoring the true meaning of Memorial Day doesn't need to be a somber experience, though. Just knowing how the holiday has evolved over time is helpful. Awareness is the key to understanding, after all. So in order to pay proper respect to our fallen soldiers, it can't hurt to learn some fun facts about how this day turned into the three-day weekend where we fire up our grills, spend our cash on Memorial Day sales, and welcome the season of summer with sunburned, open arms. Here are six fun facts about Memorial Day you probably didn't know.

1. It used to have an annual calendar date

For several decades, Memorial Day was celebrated on May 30 each year. Then in 1968, Congress passed the Uniform Monday Holiday Act, which went into effect in 1971. That moved Memorial Day to the last Monday in May, in order to create a three-day weekend for workers.

2. It started in New York

The birthplace of Memorial Day is Waterloo, New York, according to the city's website. Congress passed a resolution in 1966 to officially recognize the town as the holiday's birthplace, since it had held an annual service on May 5 to recognize those we have lost in service. It's worth noting, however, that there are other towns that claim the same, including Boalsburg, Penn.

3. It used to have a different name

Memorial Day was originally called Decoration Day, as it became a tradition to use the day to decorate soldiers' gravestones with flowers, wreaths, and flags. The holiday kept that name until shortly after WWII.

4. It originally honored those who died in the Civil War

Because the Civil War occurred on American soil, it had the highest number of American casualties. About 620,000 American soldiers died in the Civil War, whereas less then 700,000 Americans have died in all other conflicts and wars combined. So following the Civil War, a tradition of decorating soldiers' graves on a day in spring was born. It later honored fallen American military members from every war.

5. It has a designated flower

"In Flanders Fields" is a poem written by soldier John McCrae during World War I. In the poem, McCrae describes red poppies growing over the graves of fallen soldiers. Red poppies then became the traditional flower to wear as a way to honor those we've lost.

6. It includes a National Moment of Remembrance

President Bill Clinton signed the National Moment of Remembrance Act on Dec. 28, 2000. This act designates 3 p.m. local time on Memorial Day as a time for Americans to pause in a moment of national unity, and reflect on the meaning of the holiday.