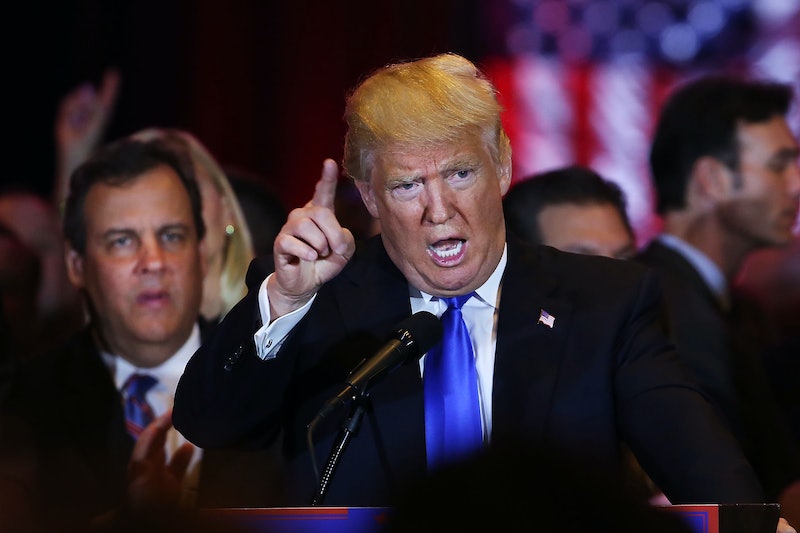 Carson told the Washington Post that Trump is considering at least five people for the position: Ted Cruz, Marco Rubio, John Kasich, Chris Christie, and Sarah Palin. But Carson didn’t say whether this was the entirety of Trump’s shortlist or whether other people were being considered. Hopefully for Trump, it’s the latter. Let’s take them one by one.

Cruz seems exceedingly unlikely to join Trump on the ticket. The Texas senator has refused multiple opportunities to endorse the presumptive nominee (despite pledging to do so earlier in the campaign), and was last seen calling him a “sniveling coward,” “pathological liar,” and “serial philanderer.” He’s also said that “if Donald is the nominee, Hillary wins.” Oh, and Cruz has made clear that he has “zero interest” in being Trump’s running mate, so there's that.

All of this makes it unlikely, though not impossible, that Cruz would join the Trump ticket. The situation is more or less the same with regard to Rubio. The Florida also hasn’t endorsed Trump, though he seems more inclined to than Cruz, and has similarly denied interest in being on the ticket. And of course, there’s the fact that Rubio called Trump “a con artist,” which would be difficult to take back. Kasich, who hasn’t given Trump his endorsement either, has forcefully ruled out being The Donald’s running mate on many occasions. For example, Kasich said there's "zero chance" he would be Trump's veep.

In many ways, a Trump-Palin ticket is a match made in heaven. Palin actually has endorsed him, for one, and she’d surely be delighted to spend the next six months attacking Democrats from behind a podium. They’re very similar stylistically, and Trump has been under pressure from some in his party to name a woman as his running mate.

However, Palin’s last stint as a vice presidential candidate was legendarily disastrous, and some still blame her for McCain’s loss to Obama. It seems inconceivable that Trump would risk a similar catastrophe, and judging by the reaction to her endorsement of Trump, Palin could conceivably alienate conservative anti-Trump Republicans even more so than they are now.

That leaves Christie. Like Palin, he’s endorsed Trump, and also like Palin, his political career is basically over if Trump doesn’t get elected president. While it would be tempting for Trump to put a blue state governor like Christie on the ticket, Christie is hideously unpopular in his home state. In addition, the Bridgegate scandal is still hanging over his head, and there’s the possibility he might be named as an unindicted co-conspirator in the affair later this week. As a general rule, you don’t put somebody who’s already embroiled in scandal on your ticket.

The fact of the matter is Trump doesn’t have any good options for a running mate. The five people Carson named all have serious flaws, so Trump might want to go back to the drawing board before he names the second half of his ticket.