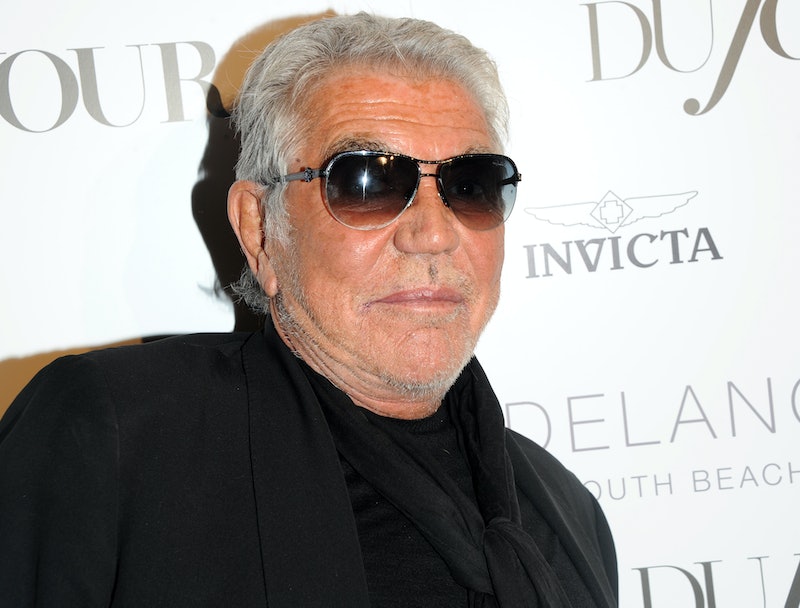 And you thought Karl Lagerfeld had a mouth on him. Italian designer Roberto Cavalli is known for being outspoken and saying what's on his mind, but above all, he seems to love talking about Michael Kors most. In a recent interview with Haute Living, Cavalli expressed his distaste for the new billionaire, accusing him of copying "everything."

It all began when the conversation led to knock-offs. First, Cavalli attacked Zara, saying, "Now you have designers and you have Zara, which is meant to be fast and sold at a very cheap price, so you expect [copying]," which then led him to his verbal attack on Kors. “But Mr. Michael Kors, he copies everything! It’s really a scandal and nobody has the courage to say anything. It’s really not fair.”

This isn't the first time Cavalli has brought these accusations into the public eye. Last December, in an interview with Style.com, the spirited designer not only denounced Kors for being a copycat, but also shared his aversion for the way American women dressed.

Americans like Michael Kors! And you love so many other designers who do that — he's not American fashion. He is international fashion made in America. It's not fair. The American women, they all dress the same. He's one of the biggest copy designers in the world. I just want to tell him to stop copying me! Stop! All the time I write those comments on Instagram. He copies everybody!

I doubt Michael Kors will come out to defend himself since he really has nothing to prove. After all, the hugely successful designer was declared a billionaire just two weeks ago. According to Celebrity Net Worth, Cavalli has about $500 million to go in order to join the same club. Perhaps all this name-calling is just a result of jealousy and bitterness. One thing is for sure — in a fashion world in which female editors and models are accused of being catty, it seems that the boys are truly the feisty ones.