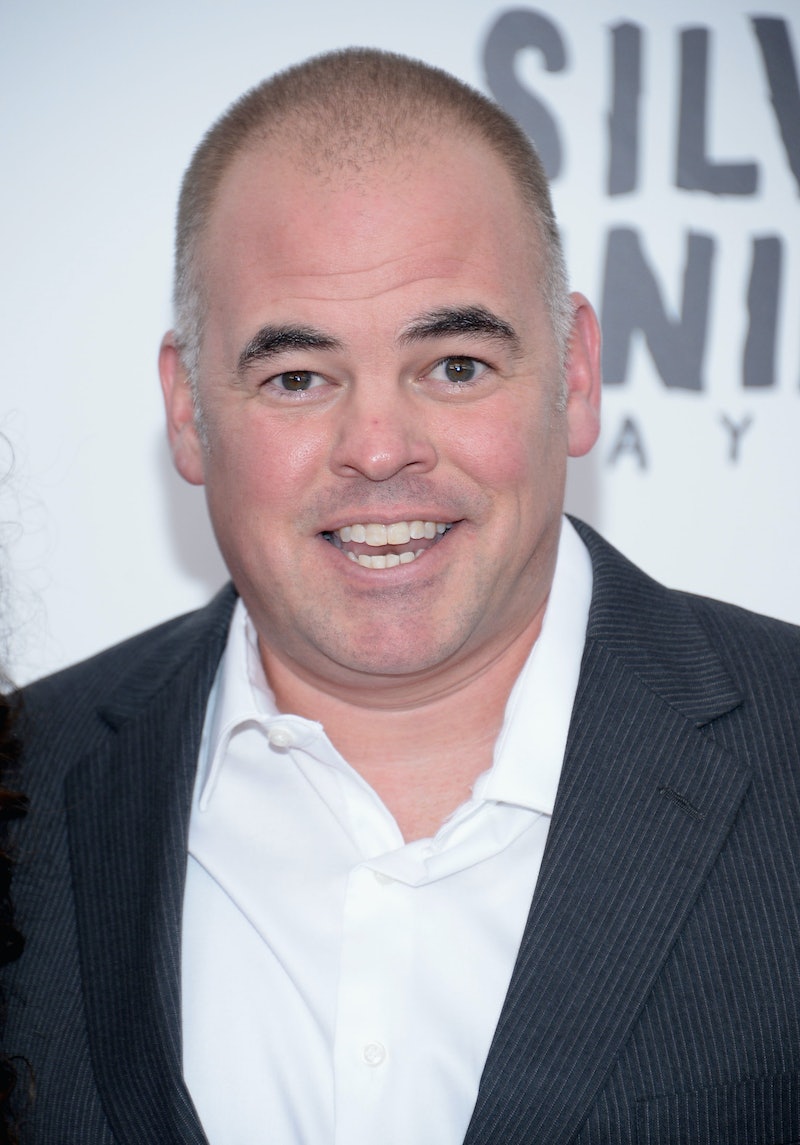 Though oddball and loner characters may be his forte, Matthew Quick is more than just quirky. Yes, the author of The Silver Lining's Playbook is skilled at depicting those ticks and tendencies in people that find them somewhere on the spectrum, but the spectrum is yours to name — at least in Every Exquisite Thing , Quick's latest novel, in which the characters, grappling with some mental health issues, are never diagnosed. Quick writes characters who are scrappy, doing whatever they can to get by. And we all know that getting by often takes us to desperate lengths.

In Every Exquisite Thing, protagonist Nanette O'Hara is dealing with the overwhelming normalcy of her high school life by forging meaningful relationships with unlikely friends and books, in particular a book called The Bubblegum Reaper by Nigel Booker, with whom she forms a friendship. That's right — at its core, Every Exquisite Thing is a story about literature's power to change lives. As Quick told me in an interview, there were "many" such titles in his own reading history ("Slaughterhouse-Five, Invisible Man, Soul Mountain, and Norwegian Wood," to name a few). And witnessing that life-changing reading experience in others inspired Quick's latest novel. "When I was teaching, I used to love watching teenagers experience the transformative powers of literature for the first time," he tells Bustle. "I get fan mail from teens now and those are often about discovering the alchemy of words. Their joyful sentences explode off the page."

Every Exquisite Thing also captures the joys and squirms of young love — and how those romances can shape one's identity. Of those formative years called adolescence, Quick says, "Naivety can be beautiful. I like returning to that hopeful time when life was still largely a blank." In Every Exquisite Thing, he highlights that joyful beauty through figurative language: his similes often show up when Nanette's emotions supersaturate an experience. When she's discovering her affinity for Little Lex, a poet from another high school that she meets through Nigel Booker, Nanette notices that, while talking to Lex, "[she] was enjoying [herself] immensely, that time was flying by like pelicans over the sea while you stretch out on a towel during a hot summer's day."

"'Just because you're good at something doesn't mean you have to do it,'" Nigel Booker tells Nanette. His advice liberates her and lets her start questioning the choices she's been making her whole life — playing soccer, for instance, because her father invests money on her behalf every time she scores a goal. When I talked to Matthew Quick, he reminded me of the risk involved in his own decision to pursue writing full-time after a successful — and consuming — teaching career. He says:

"Pretty much everyone made me feel like I was ruining my life choosing unpaid writing in my in-laws’ basement over financial security and a home of my own. I would not be where I am today if I didn’t make a drastic break. I tend to go all in no matter what I do. So when I was a teacher I was a teacher 24 hours a day 7 days a week. Then I was a writer every second of the day. Other people can be multiple things at once. I admire them. I can’t."

That willingness to go all-in paid off. Quick says "writing The Silver Linings Playbook... felt like I was crafting something salable for the first time. It was an exhilarating and terrifying feeling." And these days, he's long out of his in-laws' basement. Of his writing process, he says:

"I have to be alone in a room with the door closed. Three things hang above my writing desk: a picture of my paternal grandparents, my grandfather’s WWII dog tags, and his glasses. My Pop Pop often didn’t have enough food to eat when he was a kid and then he had to fight the Nazis. I try to remember all he endured just so I could be here in this world writing stories."

What readers will like about Quick's protagonist, Nanette, is her altruism. Despite dealing with depression and some other pretty serious emotional issues, she's caring, someone willing to help other people. That generosity reminded me of something Quick embodied when I asked him about his own personal relationships. He's married to writer Alicia Bessette, and the two read one another's work. From living with another artist, Quick has learned a lot. He says:

"I haven’t met too many emotionally stable fiction writers. I include the man in the mirror here too. Therefore, it’s imperative for a novelist to choose his or her life partner wisely. A writer’s partner has to play many roles: therapist, editor, cheerleader, drinking partner, business associate, bill payer, life coach, failed project mourner, and so on. Another writer knows how to play all these roles because those are exactly what he or she needs too. You have to fight to make sure you don’t ever start competing with your writing significant other. This is true for writing friends too. If you start viewing another writer as an opponent, or if the relationship becomes too one-sided, all hopes of understanding and love die."

Quick's relationship with Bessette is a reminder that some stereotypes about writer couples are unfounded. He calls Alicia his "best editor" and shares all his work with her before sending it out into the world. And Quick also told me there are other myths about writers — especially today's writers:

"I’ve met some big-name writers and they are almost never the same in person as they are on the Internet or on stage. Many of us have to medicate just to do a signing line. In this age of social media, writers are encouraged to be in constant contact with readers, publishing people, and other writers. Many in the industry would argue being always accessible is a modern writing life requirement. And yet, so many of my writing heroes lived/live solitary lives. My best work happens when I am alone and off the Internet. I’m most comfortable there too."

And Every Exquisite Thing, despite being set in the contemporary moment and having a completely heart-melting scene of Nanette and Lex Facetiming while they sleep, is perhaps most of all a love note to simpler pleasures. They're so often free: a good book; a new friendship; a first, starlit kiss.

Every Exquisite Thing is available now.

More like this
16 Novels That Paint A Realistic Portrait Of Abortion
By K.W. Colyard
30 Books To Read This AAPI Heritage Month
By K.W. Colyard
'Bridgerton' Star Nicola Coughlan Confirms Season 3 Will Focus On Colin & Penelope
By Grace Wehniainen and Alyssa Lapid
The Time Traveler’s Wife Book Has A Heartbreaking Ending
By K.W. Colyard
Get Even More From Bustle — Sign Up For The Newsletter