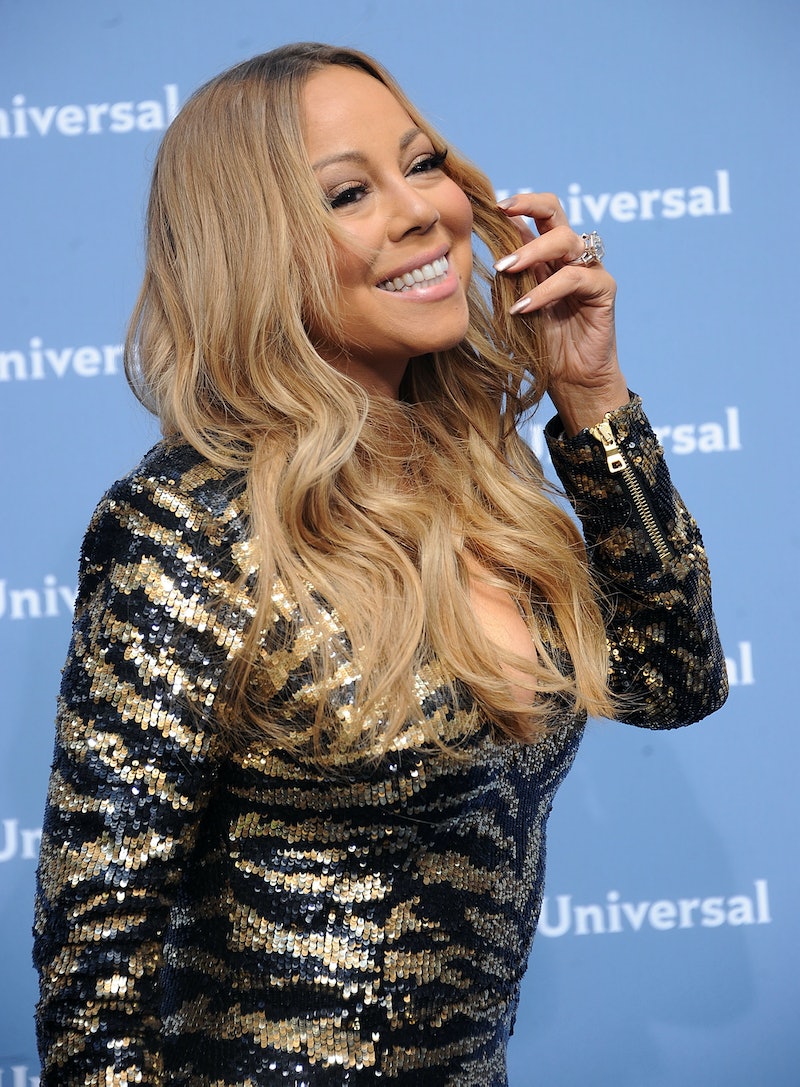 As the world gets closer and closer to seeing inside Mariah Carey’s World, the star of the show and recently engaged singer is spilling some very juicy details about her upcoming docu-series. At the NBCUniversal Upfront, the Grammy winner revealed some very juicy tidbits about her upcoming series and her wedding to Australian billionaire James Packer. And trust me when I say that these little spoilers aren’t going to wreck anything for you. If anything, the details about Mariah Carey’s World that Mariah Carey is revealing will make you even more excited for this new reality show to air.

Promising a close-up and more accurate view of what life really is like as Mariah Carey, the singer told E! News that her tour, her walk down the aisle, and her personal life would all be on display in the new series. The series, which will premiere later this year on E!, promises to be a good one, especially now that we know all of this juicy information that Carey spilled on the red carpet. Refusing to play coy, the singer revealed some pretty exciting things from her upcoming docu-series, and, if anything, they’re going to have you desperate for more.

Get your fandom ready, Mariah Carey diehards, because this docu-series sounds amazing.

Speaking with E! New exclusively, when asked if she was nervous about her upcoming nuptials, the singer said, “this is number three, darling” and that she had already worn the “white dress” two times before. Comments like that make me think that Carey will be wearing something a little less traditional for her third walk down the aisle.

She’s Not A Bridezilla

Contrary to what you think, Carey seems to be totally relaxed about the whole thing. E! News reports the singer seemed “relaxed” and calm during her walk down the red carpet.

The star said she’s already had her first dress fitting.

The Wedding Could Be Very Soon

Considering the fact that brides usually have their first fittings just a few months before they say “I do,” knowing that Carey has already had hers means that this wedding could be right around the corner.

James Packer May Be On The Show… Kinda

When asked how her fiancé felt about the whole thing, Carey told E! News exclusively that he was “happy” that she’s doing it. She also said that, while he won’t be starring in the show exactly, “He’s kind of like a shadowy figure.” And, since shadows are definitely visible, I’m thinking viewers will at least get a glimpse of Packer on her new show.

It Will Mostly Be Following Her On Tour

Some fans may be disappointed about this, but I can’t think of a time when Mariah Carey is probably more herself than when she is on tour. Diva, please.

The Show Will Give Us A Better Sense Of Mimi

At the Upfronts, Carey told E! exclusively that the ideas people have about her are “all misconceptions.” She then promised that the show will definitely give audiences “a better sense” of who she is and what her life is really like.

A closer look into Mariah Carey’s life, love, and world? Sign me up.