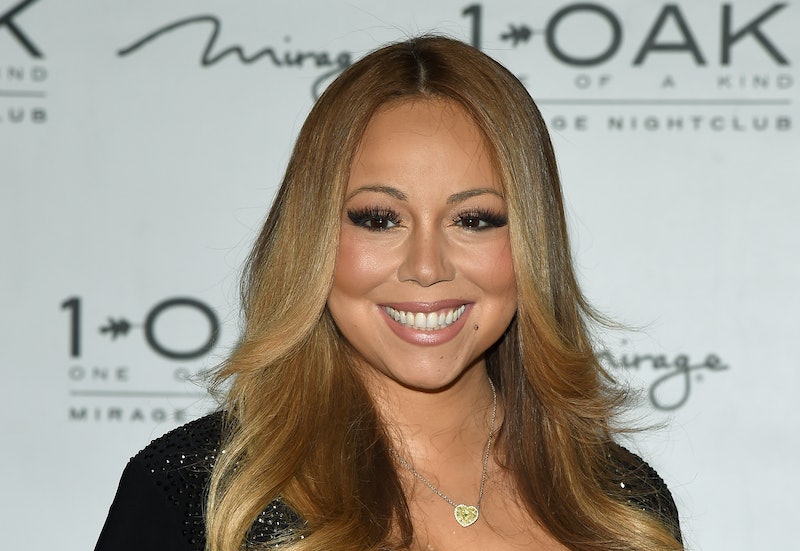 Thanksgiving means a lot of wonderful things to many people around the country, and for many of us, this pretty much means that we can blast our favorite Christmas music with NO SHAME. This year, Mariah Carey performed "All I Want For Christmas Is You" at the Thanksgiving Day Parade, and it's safe to say that the holiday season can officially begin. I literally heard the beginning jingle while I was in the kitchen and rushed over the the television screen with a quickness I haven't seen in a while from myself. Mariah Carey and this song bring it out of me and I will gladly celebrate it.

When Mariah was announced as the headliner of this year's parade, I knew in my heart of hearts that she would be introducing Santa Clause with "All I Want For Christmas Is You" because there is really no other song that could be more fitting. This song is a modern classic and every single year, nothing fills me with more Christmas spirit than when I hear those infamous jingling notes in the intro.

Mariah rolled up on her float with nutcracker and Santa's helpers, looking perfect for the season in a long, red gown, white gloves and glittering diamonds. She is Mariah Carey, after all.

There really is no other artist but Mariah that could keep people waiting three hours for a 14 second performance. It will always be worth it, even if she was lip singing, because you were in the presence of greatness and listening to one of the greatest pop songs ever recorded. I wasn't the only one super excited for Mariah's performance:

But the most unanimous response to Mariah at the Thanksgiving Parade was that "All I Want For Christmas Is You," is indeed, the reason for the season and no one needs to hide it anymore.

Sorry Mrs. Clause, but I think Mariah Carey is the true Christmas queen.