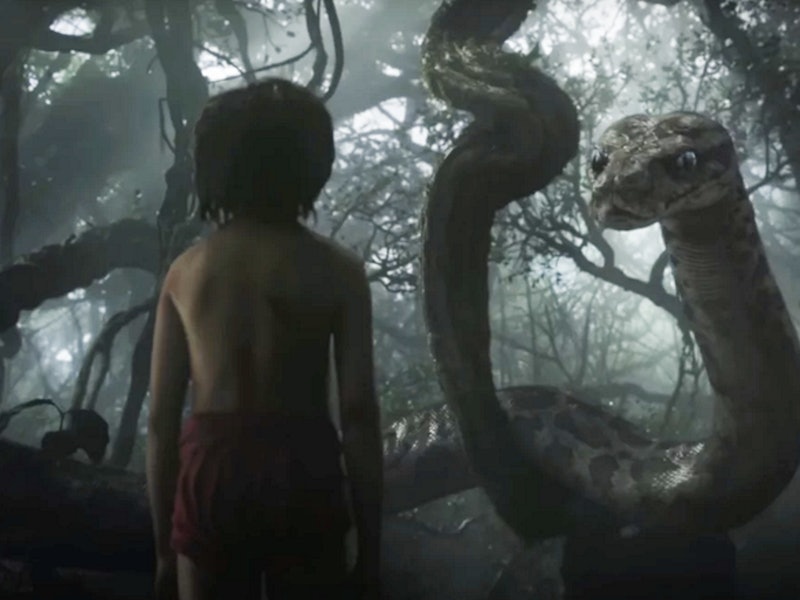 It's no secret that for a long time there have been two versions of The Jungle Book in production. In an attempt to separate itself from the recently released, big box office hit that is the Jon Favreau-directed version, Andy Serkis recently said that Jungle Book: Origins will be "quite dark." Since Origins was first announced in 2014, Serkis has been clear that he wants to create a moodier, more psychologically-nuanced version of Kipling's most famous yarn to audiences. Now, he is branding Origins as a scarier version of the story and more rooted in realism than we could have expected:

"It's a PG-13, more a kind of Apes movie, a slightly darker take, closer to Rudyard Kipling's [...] It’s great to scare kids in a safe environment because it’s an important part of development, and we all loved to be scared as kids, so we shouldn’t overly protect them [...] It’s a story of an outsider, someone who is trying to accept the laws and customs of a particular way of living and then has to adapt to another culture, a human culture, which of course he should be able to adapt to, because this is what he is. So it’s about two different species and their laws and customs, and neither are entirely right."

But will Origins's scarier, darker tone work for the story it's telling? More importantly, is it necessarily a good thing to believe children can handle being scared by a story they may be familiar with, regardless of the environment (i.e. the cinema)? Sure, Kipling's story is decidedly Victorian when it comes to a realist yet veiled discussion of colonialism and the effects of cultural assimilation. That Serkis is channeling these original ideas into his own version marks a distinct veer away from Favreau's sunnier Jungle Book and gives Origins the means to trump its predecessor when weighed against each other.

I am heartily in favor of darker versions of any story with a traditionally cheerful tone. Whether it's Chris Nolan's Batman trilogy (trumping the more cartoonish '90s adaptations) or Snow White and The Huntsman winning out over Mirror, Mirror, when it comes to the fantastical elements of a story, rooting them in realism often proves a solid direction. A darker tone usually belies a film's desire to tease out underlying themes or allow audiences to consider a story they think they know in an alternate light. In this way, Serkis stands a chance of breathing truly new life into The Jungle Book.

What is risky, though, is placing faith in the bravery of younger audiences. Sure, in some cases kids can handle scarier elements of a film. Many of us survived the stampede scene in Lion King relatively unscathed, right? While Serkis's commitment to incredibly lifelike motion-capture will factor into how scary Origins actually is, it's still a big risk to push the scare-factor of a project that's known for its lighter elements before it even goes into production. Do we want a film that assumes kids are "sophisticated" enough to handle darker fantasy?

Jungle Book: Origins will no doubt benefit from it's 2018 release date not only because there will be enough distance from Jon Favreau's iteration to re-spark audience interest but because it allows enough time to give life to Serkis's self-described ambition for the project. Curiosity will surely stay piqued once production gets under way; I can't wait to see what happens.