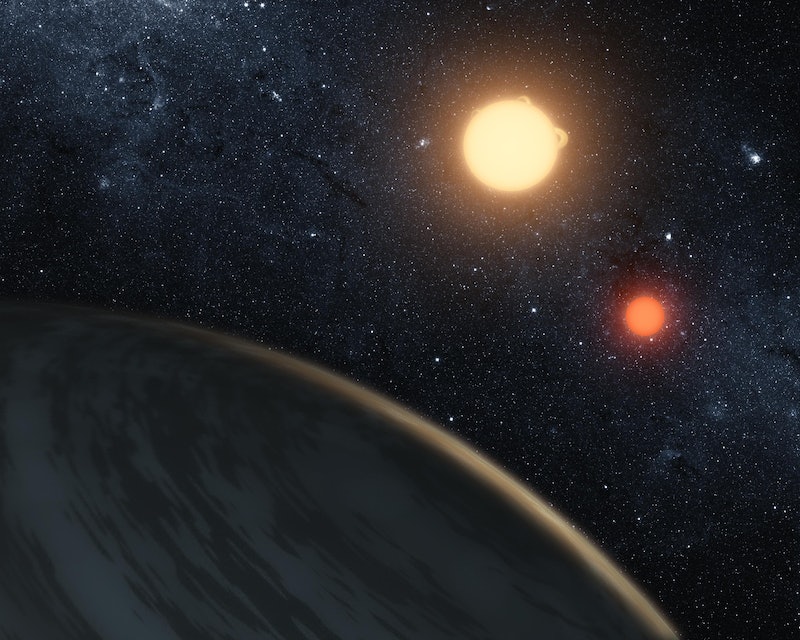 The votes are in and it turns out that women cleaned up at the Nebula Awards this year, with a woman taking home the prize in every major category. However, in the bigger picture of things, it seems that women's representation in sci-fi and fantasy is still troubled, according to a new Strange Horizons count.

Despite the fact that science fiction as a genre was literally invented by a woman — aka Mary Shelley, author of Frankenstein — women have often been marginalized in the world of science fiction, both as fans and as creators. Women and their work often fail to garner the same recognition as their male peers when it comes to science fiction and other forms of speculative fiction. And it's been an ongoing problem people have been trying to address for years — decades even. Which is why seeing so many women take home Nebula awards this weekend was awesome.

The Nebula Awards, one of the biggest awards in American science fiction and fantasy, honor the best contributions to science fiction and fantasy, and this year, all the awards in all five literary categories went to women. Naomi Novik won for Best Novel with Uprooted ; Nnedi Okorafor won Best Novella for Binti ; Sara Pinsker won for Best Novelette with "Our Lady of the Open Road"; Alyssa Wong won for best short story with "Hungry Daughters of Starving Mothers"; and the Andre Norton Award for Young Adult Science Fiction and Fantasy went to Fran Wilde for Updraft.

The only award that didn't go to a woman, in fact, was for Outstanding Dramatic Presentation, which was awarded to Mad Max: Fury Road, written by George Miller, Brendan McCarthy, Nick Lathouris. And although they're all men, it's probably still worth noting they created one hell of a feminist, female-dominated film.

In other words, it was a great night for women in speculative fiction.

Of course, no one is saying that men shouldn't also win literary awards, but given the gender issues surrounding other awards within the sci-fi/fantasy genre of late, it's encouraging to see this kind of showing. Hardly more than a week ago, the Locus Awards raised many an eyebrow when their young adult sci-fi/fantasy nominees were all male authors, given that young adult literature, even science fiction and fantasy, are heavily dominated by women.

Even more notably, the Hugo Awards, probably the most prestigious award in speculative fiction, have faced outright backlash against the inclusion of both more women and more people of color among nominees. The nomination process has been upset several years in a row by groups, calling themselves the Sad Puppies and the Rabid Puppies, who have proposed slates for like-mined individuals to vote in (both the nomination and selection process for Hugo Awards involve votes open to anyone who purchases a WorldCon membership). As a result, many characterize the award as having been hijacked by people opposed to diversity.

Perhaps even more tellingly, at roughly the same time that the Nebula Awards were announced, the annual Strange Horizons SF Count was released, detailing the amount of media coverage the women and authors of color receive in sci-fi/fantasy media. And the results are not great.

Even more troublingly, only one of the 18 publications, Lightspeed, published as many reviews of works by people of color as by white authors. Indeed for the majority of publications, works by authors of color made up less than ten percent of all reviews.

In other words, we still have a long way to go.

Still in the midst of all this, it really is pretty awesome to see women clean up at the Nebula Awards. With any luck, this points to some long-term changes within the genre, and a world when women are given the same recognition as their male colleagues for their work.