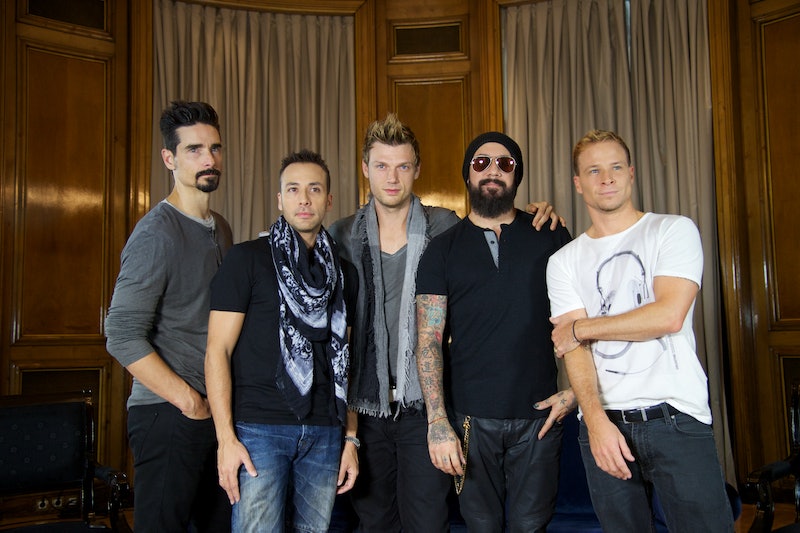 When the 2016 Backstreet Boys Cruise wasn’t busy breaking hot tub records and throwing 50 Shades of Grey parties, it was trying to make a "Rock Your Body"-tastic cameo happen. As In Touch points out, the Backstreet Boys invited Justin Timberlake to hop aboard their annual cruise and join in on all of the early aughts boy band mayhem. The polite request happened last Wednesday shortly after the former *NSYNC member tweeted that he was at the Cannes Film Festival.

“You watching us @jtimberlake ?" the BSB account replied. "We're docked in Cannes. Hop on.”

I don't know about you, but that Backstreet tweet warms the coldest cockles of my heart. Alas, it looks like the “Can’t Stop The Feeling!” singer did not dirty pop by the watercraft before the 2016 BSB Cruise docked on May 14. Maybe he didn't see the tweet...? Or maybe his Trolls schedule was too jam-packed...? *Sigh.* To think what could've been!

As much as it pains me to say it, this might've been for the best; If Timberlake, AJ McLean, Brian Littrell, Nick Carter, Howie Dorough, and Kevin Richardson, I don’t know, took the ship stage and performed a rousing mashup of, I don’t know, “Quit Playing Games With My Heart” and “Tearin’ Up My Heart,” I think the world would literally implode. Not figuratively-literally. Literally-literally (and Littrelly-literally).

That being said, I still wish Timberlake accepted their offer.