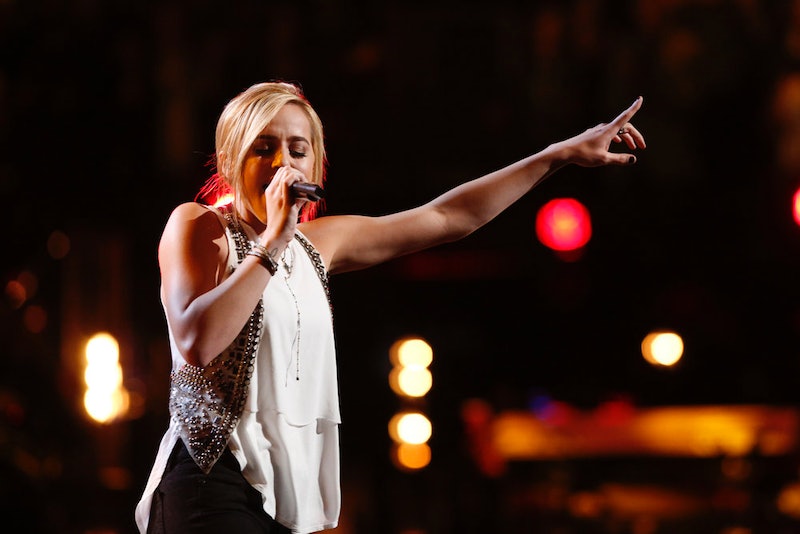 Every once in a while a talent crosses The Voice stage that the music industry just can't do without. That talent on season 10 of The Voice is Team Blake's Mary Sarah. Mary Sarah has a traditional country sound that is rarely heard anymore. It's pure, angelic, and exactly what the country music industry is lacking. Mary Sarah's voice is ridiculously easy and pleasant to listen to, which is why she's gained such a fan base throughout her time on The Voice. Whether she wins this season's competition or not, Mary Sarah is destined to have a long career in music, because her voice is something the industry can't go on without.

Mary Sarah has delivered strong performances week after week, but it was tonight's that really made her shine. Her rendition of Randy Travis' "I Told You So" was one of the most beautiful things I've ever heard. While I've never heard the original version of this song, I have heard Carrie Underwood's recorded version. And honestly, Mary Sarah's was on the same level. For me to say that is a big deal because Underwood has literally been my favorite artist since her Idol days. At only 21, Mary Sarah is singing at the same level as a woman with more than 10 years of experience on her. If that doesn't prove how talented she is, I don't know what will.

Though she's extremely talented, Mary Sarah probably won't win The Voice title. There is just so much versatile talent this season that it makes it difficult for Mary Sarah to pull to the front of the pack. But to make it to this point in the game is a victory in itself, so even if she is eliminated tomorrow night, Mary Sarah will go home a winner. Plus, there is no doubt that as soon as she walks off The Voice stage for the final time, dozens of recording companies will come knocking on her door. Whether she wins or not, Mary Sarah's career is just getting started — and I can't wait to hear what she has in store next.