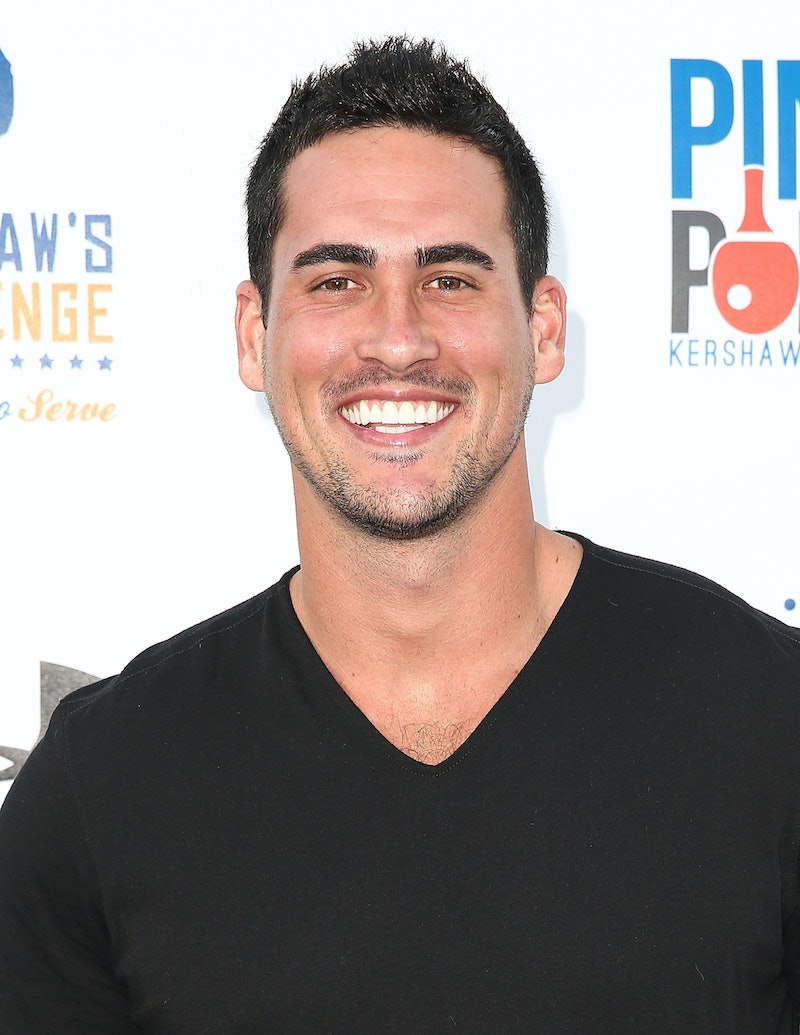 It’s only the beginning of June, but I’m ready to start talking about the best of The Bachelor spinoffs. Bachelor in Paradise Season 3 is getting set to film soon and not many stars have been confirmed to appear on the drunken party in Mexico. However, Josh Murray, Andi Dorfman’s former fiancé, is single and revealed that he’d totally go down to Mexico and hang with Jorge and some ladies. Josh was out of the news for awhile after his split from Andi in 2015, but recently joined the cast of E!’s new reality show, Famously Single. He says he’s at the point in his life where he’s ready to find a wife and went on the show to learn more about himself, and he's also open to stopping by Paradise this year.

“Last year, after I ended things with Andi, there were a lot of things going on in my life at that time. I didn't want to be disrespectful. I also had some family issues,” he tells Bustle. “So [Bachelor in Paradise] wasn't a possibility last year, but I love the franchise … I do think it can work if you have two people that are truly there for the right reasons and don’t have their own agenda.”

So, now that he’s learned more about himself, can we get him down to Mexico, please? In honor of Josh’s interest in being on Bachelor in Paradise, I decided to play matchmaker and lay out some potential candidates for him.

I firmly believe Lace is a cool girl, despite how she came off during Ben’s season of The Bachelor. She deserves another shot. Josh should definitely consider her.

Yeah, she did some questionable things last year with Joe Bailey, but how attractive of a couple would Josh Murray and Samantha Steffen be? They would actually make the hottest Bachelor couple of all time.

She was super sweet, nice, family-oriented and pretty much everything Josh Murray said he’s looking for in a girl. These two might actually hit it off.

At first I wasn’t super sure about the twins on Ben's season, but once Emily was alone, I was rooting for her. She was smart, very independent and totally handled the Olivia situation with grace. Maybe Josh is into blondes?

Controversial? Yes, but Courtney Robertson has been long removed from her villainous title and has done quite well for herself since coming out with her book. I don’t really have a reason why, but I feel like Courtney and Josh would actually get along and make a cute couple.

You may remember Rachel as the adorable unemployed contestant from Ben’s season. Well, she may be unemployed, but she’s adventurous, nice, and super fun according to Instagram. She and Josh could make a good pair.

If anyone can handle Ashley I.’s tears, it’s Josh Murray. Plus, they would be a very attractive couple.

I just want Becca to find someone! She didn’t find love with a farmer. She didn't fall in love with a software sales guy from Denver. Maybe she needs a former athlete. Who knows, but I want her to try and find someone. It could be Josh, you never know.