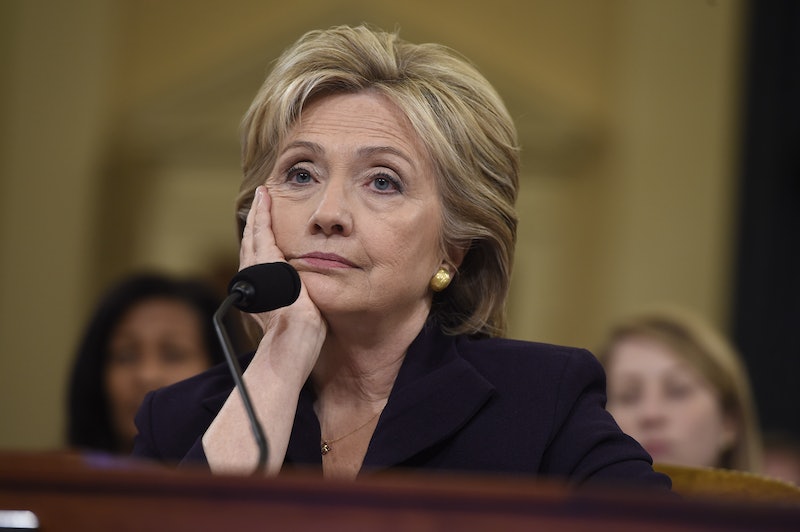 Over the past two years, the GOP has invested heavily in the Benghazi investigation, an examination that centers on Hillary Clinton and her role in the attacks. Thus far, it has done nothing to irreparably damage the Democratic frontrunner's presidential campaign. In fact, Clinton's 11-hour testimony in October 2015 may have even boosted her poll numbers. More recently on Sunday, the former chief Republican investigator of the House Select Committee on Benghazi wrote that "nothing could have affected what occurred in Benghazi." Ultimately, the Republicans gained little by spearheading the investigation. But exactly how much did they lose?

The House Select Committee on Benghazi was created to look further into the Sept 11, 2012 deaths of four Americans in Libya's capitol city. Accusations arose that Clinton, who was secretary of state at the time, ignored requests to increase security at the Benghazi embassy. Furthermore, White House officials initially described the attack as a random act of violence, not a premeditated terrorist attack. The administration's messy response fostered suspicion that it was covering up its alleged failure to prevent the attacks. Ongoing investigations have failed to reveal any evidence to support those theories. Clinton eventually took responsibility for the security gap in Libya and pledged to strengthen the State Department's oversight.

Republicans have now spent more than two years and nearly $7 million of taxpayer funds for the illegitimate purpose of bringing down Hillary Clinton’s poll numbers ... The Select Committee has discovered no new evidence that contradicts the core findings of the previous bipartisan and independent investigations.

However, an investigation by the Washington Post debunked this statement, noting that Republicans have actually spent $4.445 million on the investigation, and Democrats $2.325 million.

In her statement, Cummings went on to criticize the Republicans of allegedly dragging out the investigation to diminish Clinton's chances of winning a Democratic nomination, which the party adamantly denies. (Other sources, aside from Clinton, are being extensively interviewed as part of the investigation.) If she runs in the general election, an average of national polls suggest she could beat presumptive Republican nominee Donald Trump by almost six points.

According to the Benghazi Research Center, however, the investigation involved 10 congressional committees and the disclosure of at least 100,000 documents. It went on to report that the House Select Committee on Benghazi alone devoured over $6.8 million of taxpayers' money, or nearly $8,000 per day. These numbers were obtained from reports published by the Committee on House Administration and includes expenses made by both Republicans and Democrats in the House Select Committee on Benghazi.

The State Department spent $14 million and Department of Defense spent $2 million defending itself, according to press releases by the Benghazi Committee Democrats. Since the investigation is ongoing, these numbers are temporary. Some Senate Democrats have requested that the committee reimburse taxpayers and shut down the investigative committee. Now that it seems to be coming to a close, these requests, which were initially made in October, could resurface.

Correction: An earlier version of this article mistakenly stated that the $7 million of taxpayer funds came from the Republican side, whereas the Washington Post stated that both parties contributed to the spending, with a final tally of $6.77 million. Writes the Washington Post: "It is too facile for Democrats to pin all of the spending for the Benghazi committee on Republicans. One-third of the spending goes to Democratic staff and expenses, and that should be acknowledged in Democratic statements."