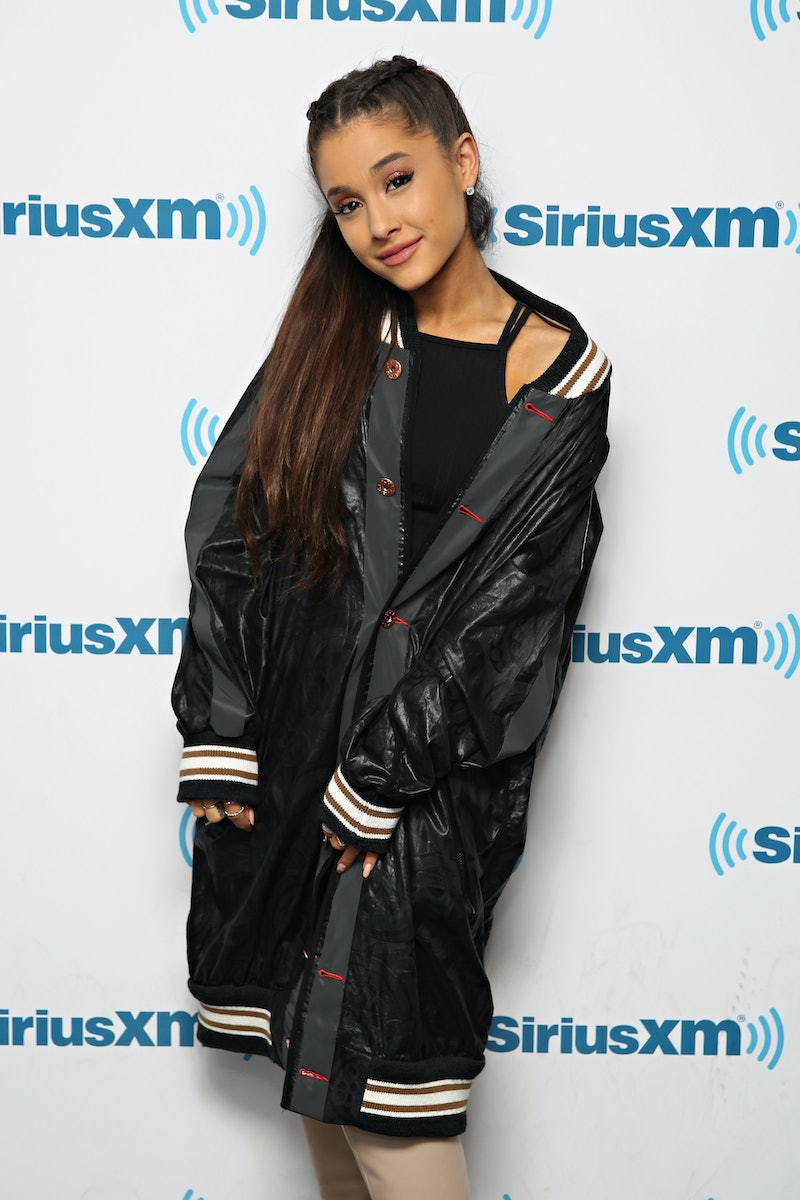 When pop superstar and ponytail aficionado Ariana Grande dropped "Into You" — the fourth song off her upcoming album, Dangerous Woman — it changed my life. Following the already released titular “Dangerous Woman,” the inspiring “Be Alright,” and the Lil Wayne-featuring “Let Me Love You,” “Into You" proves to be another hit for the evolving artist. But fans are wondering what kind of inspiration Grande drew to make these songs, and particularly if that inspiration was a "who." For the purpose of our curiosity with this latest jam, who is Ariana Grande's "Into You" about?

"A little less conversation, a little more touch my body,” Grande chimes in the chorus of the song. “Cause I’m so into you, into you, into you.” Into who? When it comes to her personal life, Grande has kept relatively quiet, so it's hard to discern the subject matter of her songs. Hard, but not impossible. Ricky Alvaraz — one of Grande's back-up dancers — and Grande have been a thing since last summer, when they were spotted during that now oh-so-infamous doughnut incident.

It's been a few months since anyone has seen them out and about (they were last spotted after Grande's SNL episode in March), and the two don't share that much about each other on social media, so we really can't say for sure whether or not they are still an item. However, at the time Grande was writing and making this album, it's safe to say Alvarez was on the singer's mind.

Let's take a look at the lyrics and see if they shed some light on the song's subject.

I'm so into you, I can barely breatheAnd all I wanna do is to fall in deepBut close ain't close enough 'til we cross the line, babySo name a game to play, and I'll role the dice, hey

Oh baby, look what you startedThe temperature's rising in hereIs this gonna happen?Been waiting and waiting for you to make a moveBefore I make a move

If the song is about Alvarez, this seems like an accurate portrayal of how their relationship probably began. After all, I'm sure it's pretty intimidating for a backup dancer to make the moves on his lead singer. Especially when that lead singer is Ariana Grande.

"Got everyone watchin' us" (on stage?) so "let's keep it secret" (apart from the other dancers?). Well, I think my work here is done. Mystery solved.