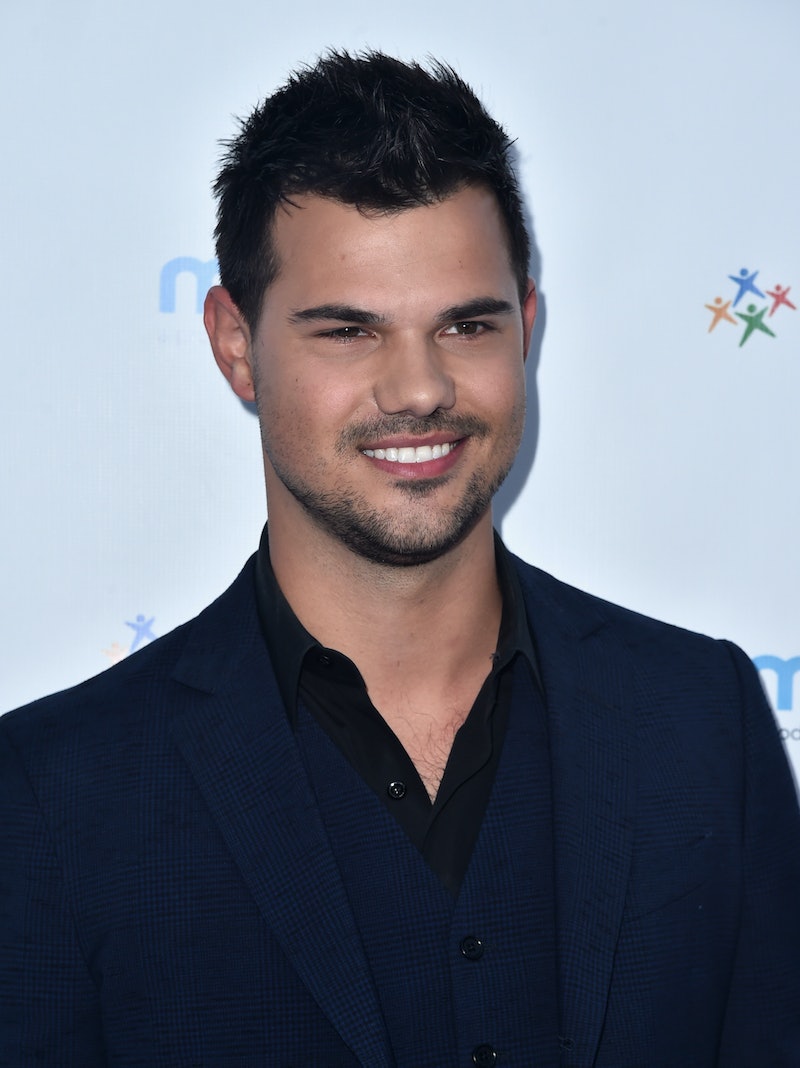 Even though Instagram has been around for six years now, celebrities are still taking their first dive into the social media app. On Tuesday, Taylor Lautner joined Instagram, which probably not only pleases his biggest fans, but all Twihards. Obviously, that very first IG is extremely important, because you must hit it out of the park and want to make sure you make an entrance, especially as a celeb, right? Well, the Twilight star most definitely did that — Lautner included Taylor Swift in his first Instagram.

Before you get too excited, it's not what you think. T. Swift did not make an appearance, but her name was dropped. Yes, her showing up in her ex-boyfriend's IG (for those completely out of the celebrity news game, Swift and Lautner dated in 2009 for four months) would be kind of weird, but also amazing. Whenever the 1989 singer shows up anywhere, it calls for a celebration. That said, two other famous faces did make cameos in Lautner's Instagram. His The Ridiculous 6 co-stars, Adam Sandler and David Spade show up in the video.

Lautner tries (and fails... in a sense) in getting Sandler to help him come up with a fun idea for his very first IG. From suggesting doing a flip to tossing grapes into his mouth to doing the dab, Sandler disapproves of all of his ideas. In the bit, the 24-year-old actor even asks the comedian to make a cameo, but he turns that down, as well. So, then Lautner heads over to Spade, who has no interest whatsoever in joining in, until his co-star offers up something he can't refuse.

Lautner says to Spade, "I'll give you Taylor Swift's cellphone number." Immediately, he his swayed and wants to learn all about dabbing. Can you blame him? Who wouldn't want T. Swift's number?

Yes, this was all for fun, but Lautner's first Instagram post is clever. By making Swift a part of it, well, that's probably the smartest thing he could've done. He's going to garner attention from her fans for just the mention of her name. There's also a good chance that he'll even earn followers, too. Yes, he's Taylor Lautner and has gained a lot of fans since his days as Jacob in the Twilight films. But there also just might be some people who'll follow in case the "Shake It Off" singer ever does show up in one of his IGs.

Plus, not only is Swift super successful and beloved by her legions of fans, but she herself has 77.5 million Instagram followers. She is doing something right and it sure seems like Lautner gets that. Yeah, his social media game just improved greatly partly thanks to Swift and partly thanks to Lautner knowing what the people want.