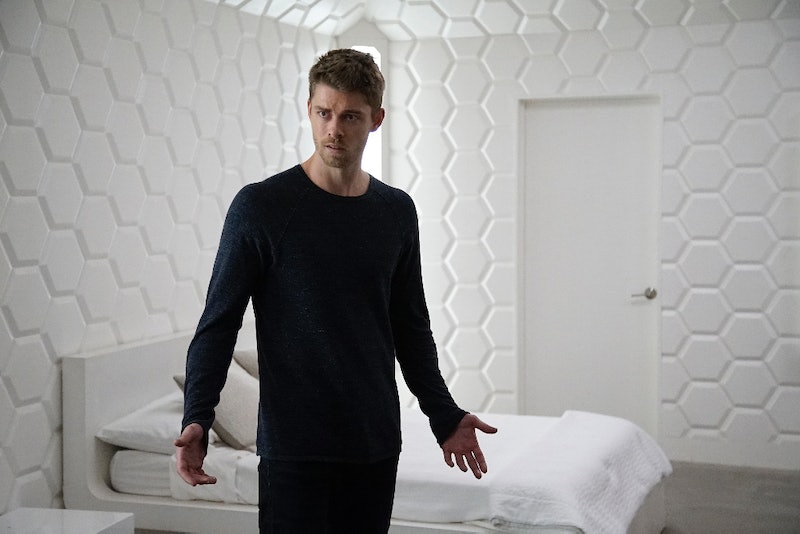 At the end, after hot potato-ing from one character to the next, Lincoln stole is from Daisy — which meant also stealing her destiny and sacrificing himself in the process. He destroyed "Ward Reboot Nightmare Hellbeast," as Coulson nicknamed Hive, and the stolen bomb in one fell swoop. If there's a way to go out on S.H.I.E.L.D., this is it.

Daisy had figured out that she was supposed to be the one to die in space, and he didn't let her. Was she, though? I have a feeling that it was supposed to be Lincoln all along. Even he seemed to have that inkling. His Inhuman powers were instrumental to getting Hive and the warhead into space.

Before he sacrificed his life, Lincoln was already injured and talking about leaving S.H.I.E.L.D. He also weirdly tried to break up with Daisy? This dude was clearly edging to go more than any other team member. I'm not really sure why Lincoln was so anti-establishment. He was fine at Afterlife, and that establishment was being run by an actual murderer. I suppose that his aversion to S.H.I.E.L.D. has more to do with the government's aversion to super powers, which is fair.

In the end, however, he sacrificed himself for the greater good, so he's a true hero after all. Lincoln may not be my favorite character. He never really won me over. However, based on the flash forward in the episode, it's clear that his death is going to have a major impact on Agents of S.H.I.E.L.D. when it comes to Daisy — so he will be missed!