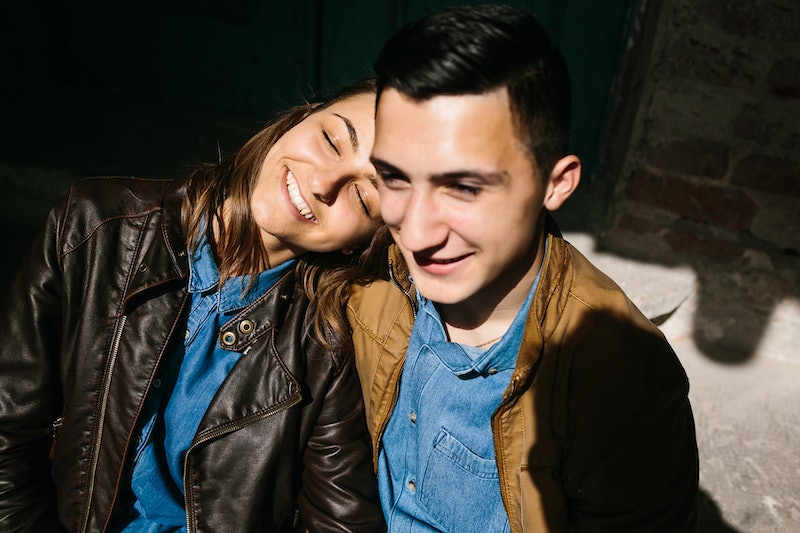 When’s the last time you touched someone in a non-sexual way? I know it sounds like a weird question but, seriously, think about it. Maybe you brushed up against someone on the subway? Or you hugged your friend when you said hi? Or you had a good cuddle before getting out of bed this morning? Touch is one of those things that we don’t usually think about actively but it’s really important for our health and happiness. That's because it not only feels lovely but also boosts levels of oxytocin, which is a key hormone for love, happiness, and pair bonding. But despite the benefits, most of us aren’t getting enough non-sexual intimate touch.

Travis Sigley knows better than most people how important non-sexual intimate touch is — and the consequences of not getting enough of it. He’s dedicated his life to cuddle therapy, first by coming up with the concept in San Francisco years ago and now by conducting one-on-one training with people who are passionate about carrying on his mission.

You may have heard of cuddle therapy — it’s made the rounds recently. Sigley, however, isn’t happy with how his idea evolved once it got out of his hands. While his practice has always been about healing and teaching people how to be intimate without being sexual, he believes that the idea has been co-opted by people who see cuddle therapy as an easy way to make money off of lonely people. And that usually means selling sex.

“They’re using sexuality to be the selling point for their product,” Travis tells Bustle. “They [the cuddle therapy companies] hire female practitioners and they specifically say they don’t hire male cuddlers. Their marketing is based on their looks and their cleavage and they’re just totally missing the point.”

The point, Sigley says, should be healing and relaxation — not frustration and confusion because clients aren’t getting the service they were implicitly sold. But despite his frustration with the cuddle therapy industry, Sigley still strongly believes that we all need more non-sexual intimate touch in our lives.

“We have a huge demand for touch and human contact that we don’t have met,” Sigley says. “Our supply in our daily lives is dismal.”

I asked Sigley what benefits people can expect from getting more non-sexual intimate touch in their daily lives. These are the four top he told me. But first, check out the latest episode of Bustle's Sex and Relationships podcast, I Want It That Way:

Sigley views touch done properly as a deeply nourishing experience, for both people. Human beings are meant to be in physical contact with each other and in our modern world, we simply aren’t getting that contact on a regular basis. Also, if you want to be scientific about it, higher levels of oxytocin have been linked with a range of health benefits, including better immunity, pain relief, lower stress, and lower risk of heart disease.

2. Most Of The Touch We Do Is Sexual

3. You Learn To Set Boundaries

One thing that Sigley and the cuddlers he trains know how to do very well is set boundaries. His clients also learn not only how to respect his boundaries but also how to be clear about their own. That skill is hugely important, particularly for people who have trouble saying “no” in a sexual situation that they’re not totally comfortable with.

4. Cuddling Is A Chance To Slow Down

Our culture moves fast, fast, fast — all the time. Cuddling is a great break from the constant go of your daily life, allowing you to slow down and focus one thing. It’s a time for connection and comfort instead of speed, and couldn’t we all use a little more of that?