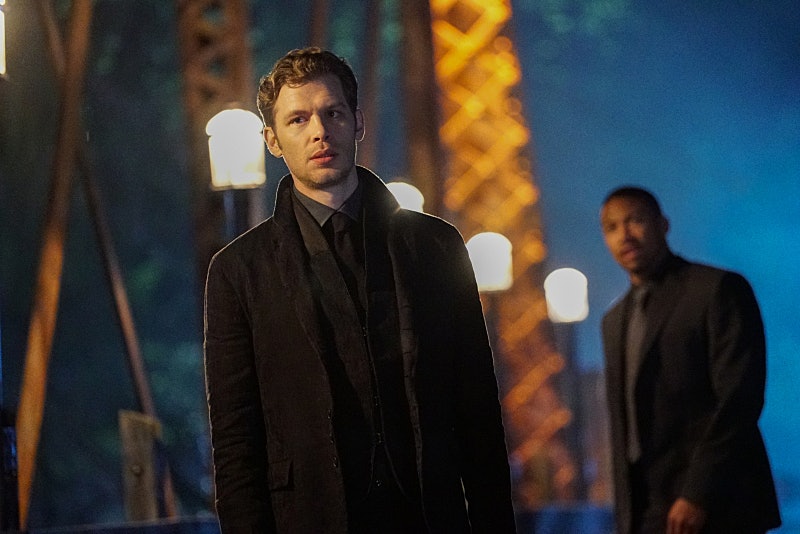 Want to know what's worse than saying goodbye to one of your favorite vampire shows? Saying goodbye to two of your favorite vampire shows. Last Friday, The Vampire Diaries wrapped up its seventh season with a big, juicy cliffhanger, and now this week we'll be forced to repeat the process for The Originals Season 3 finale. I mean, what the heck am I supposed to do with myself on Friday nights now? Thankfully, the show has already been picked up by The CW for another season, so this departure definitely won't be permanent in any way. But that still leaves us to wonder about when that glorious day will come. When will The Originals Season 4 premiere?

Though normally the TVD spin-off has made its grand debuts sometime in early October for the past three seasons, it looks as though Season 4 is gearing up to go a little bit differently. The CW has officially released its fall schedule, which finds The Originals benched until midseason for the first time in its run, along with iZombie, The 100, and Reign. That means we're going to be without these fang-tactic characters (see what I did there?) for a lot longer than expected. Luckily for you, I have just the thing to help diehard fans still get their weekly dose of vampire hijinks. After all, if we're going to get through this extra long hiatus in one piece, we've gotta stick together.

Marathon The Vampire Diaries On Netflix

Odds are that if you love The Originals, then you're also a big TVD fan as well. So why not go back to the beginning and see what made you fall in love with the Mikaelson clan in the first place?

As I'm sure most of you know by now, The Vampire Diaries is actually based off the book series of the same name written by L. J. Smith. There's no better way to quench your vamp thirst than by going to the source of how all of this came to be. And if the books are even half as the shows, you won't be able to put it down.

Take A Trip To New Orleans

Not that you need this as an excuse to go visit one of the best cities in the world, but it's certainly as good of a reason as any to go. Listen to some jazz; walk through a street fair. You'll feel like part of the cast in no time. Plus, you'll be in New freaking Orleans. I'd call that a win-win.

If nothing else, you know that Klaus would be proud. And that's really all that matters, right?

These guys love to post set photos on social media. Who knows, it may even help you get some insight into what to expect from Season 4.

Just kidding! There is such a thing as taking something too far.

Other than that, enjoy your summer and let your vamp freak fly!