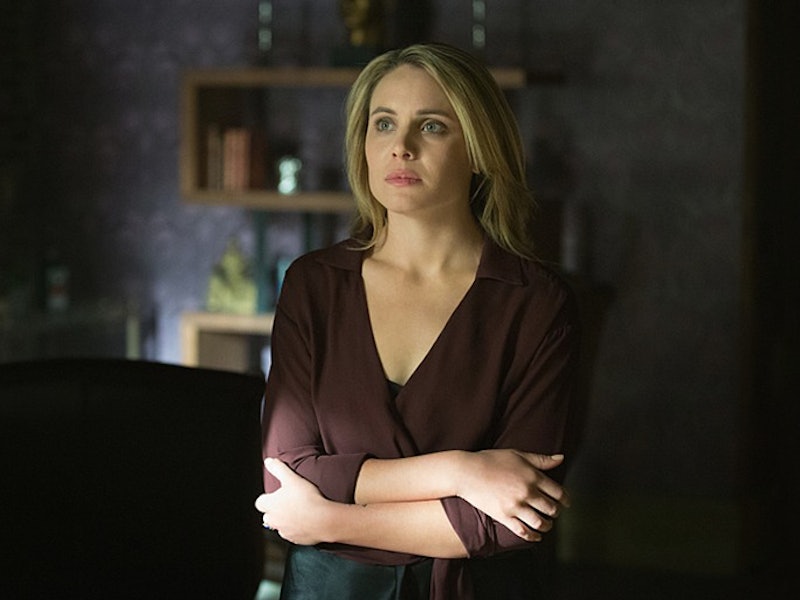 It was with a heavy heart and tear-filled eyes, that viewers were forced to watch Cami die on The Originals , thanks to Lucien's fatal (and incurable) werewolf bite. And while the whole experience feels a bit like a tragic deja vu, considering Cami's near-death experience during the midseason finale, it's looking less and less likely that Cami will come back to life this time around. What makes me say such a horrible thing, you may ask? Unfortunately, my source comes directly from Leah Pipes herself, who plays Cami, who recently confirmed during an interview with Entertainment Weekly that this goodbye of hers is, unfortunately, for keeps.

"Often times, it’s oddly better to die than stick around and do nothing on a television show," Pipes told the outlet. "So to avoid me being stuck on a show and doing nothing, [executive producer Michael Narducci] gave me a really great storyline, a really great arc, and a really great death." And I know what you're thinking — Kelly, it's not impossible for a show to resurrect someone from the dead, especially considering what happened to a certain Game of Thrones character during last Sunday night's episode. But I honestly don't think that's where this particular storyline is going.

Yes, this is a supernatural show, so mortality rules don't always apply, but Pipes willingly admitted to EW that she's currently unemployed and on the hunt to be cast in a Shonda Rhimes television show. ("Shonda, I’m unemployed and I’m waiting for you!") Which, aren't we all? But the point is that if she's busy looking for her next source of income, odds are she doesn't expect to be returning to The Originals on a permanent basis.

Granted, there could always be the occasional flashback where Cami could potentially crop up, but on the whole I'd say her character's story arc is pretty much dunzo. It's kind of surprising, given that she only just recently became a vampire, which is supposed to help prevent these sort of things from happening. Plus, I just felt like there was a lot left of her character to explore throughout her transition as an immortal. But maybe this was the motivational death Klaus needed in order to inspire him to truly bring Lucien down for good.

Admittedly, I was never a huge Klaus and Cami supporter (#KlarolineForever), but I do appreciate all that her character brought to the show. The series just won't be the same without her.