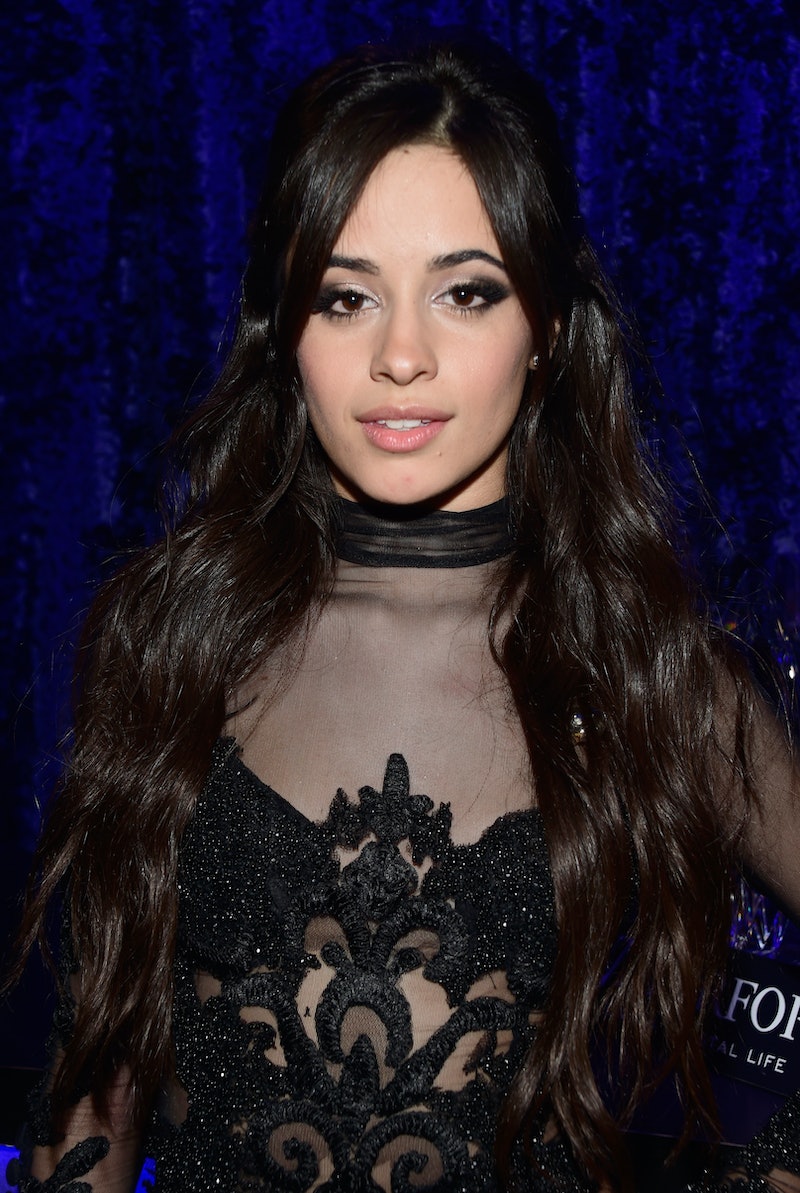 Back in March 2015, Fifth Harmony member Camila Cabello was officially and publicly inducted into Taylor Swift's infamous Girl Squad. Swift, Selena Gomez, Hailee Steinfeld, and more got together at Swift's house to celebrate Cabello's 18th birthday, and they made everyone on social media jealous by posting their adorable photos together. I don't know about you, but I was a little surprised to see this because I didn't know that Cabello and Swift were friends at that point, and it seemed like the were already fairly close. It seems like it didn't take too long for them to become BFFs, so how did Camila Cabello and Taylor Swift first meet?

My initial hypotheses when celebrities become friends out of nowhere is that they just met at some cool, famous person event that all of us mere mortals were not invited to. Fifth Harmony was formed in 2012 and they spent most of 2014 recording and preparing for the release of their debut studio album, Reflection , but the girls were already out at awards shows and performing. Naturally, they had to have bumped into Swift at some point, and it seems that August 2014 was the first time Cabello and Swift crossed paths.

In an interview with Teen Vogue in 2015, Cabello opened up about how Swift was supportive after the release of her first single as a solo artist, "I Know What You Did Last Summer" with Shawn Mendes. She said,

Taylor and I were texting the other day and she told me she loved the song and was like, “Dude, I’m so proud of you.” My heart fell out of my butt. I told her how much it meant to me that she said that because she was one of the artists that inspired me to write songs in the first place and she is one of my biggest musical influences. She probably doesn't even remember this but the first time we met at a VMA party, the first thing I asked her about was songwriting advice.

This meeting would have been around the time of the 2014 VMAs, when Swift was on the verge of releasing 1989.

The two singers meeting in the summer of 2014 lines up with other photos that eventually surfaced. They had already been hanging out by November of that year.

The above group is almost the same exact one as the girls who came to Cabello's 18th birthday party, so they had already been forging a friendship for a few months. While we know when and where they met, there is also another factor that could have contributed to how Swift and Cabello got introduced meeting: Austin Mahone, as Taylor Swift Wikia suggests. In 2013, Mahone was chosen to be an opener during Swift's RED Tour, and the two subsequently became good friends.

Cabello and Mahone dated during the end of 2013 and most of 2014, so I can definitely see Mahone trying to impress his new girlfriend by trying to set up a meeting with her and her musical idol. I think that would work with me when I was a teen, just saying. Whatever the exact reason, Swift and Cabello met in August 2014 and became good friends very quickly. And now, the rest is history.