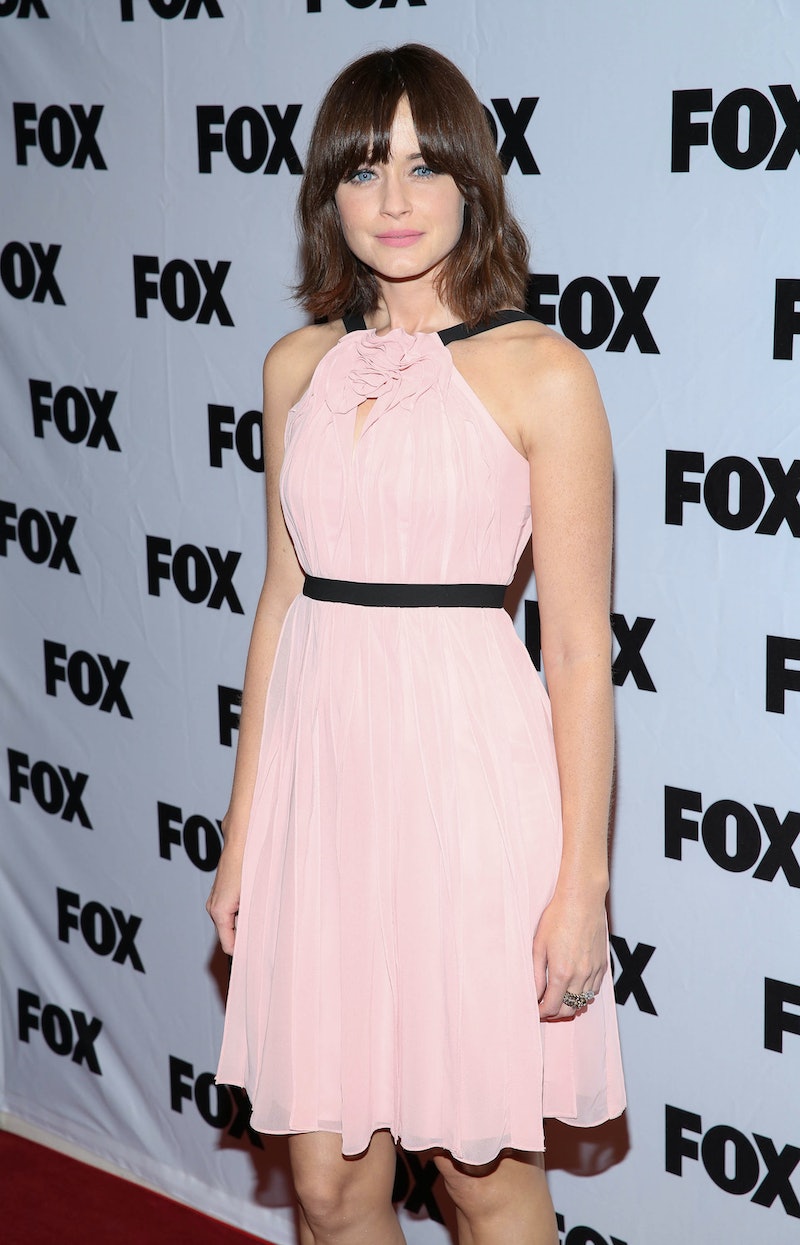 Well, this might just be the best kept secret in Hollywood. On Wednesday, the news that Alexis Bledel is a mom was finally leaked by none other than her Gilmore Girls co-star Scott Patterson. In an exclusive interview with Glamour magazine, Patterson let it slip that he and his Gilmore Girls revival co-star exchanged stories and tips on raising their young sons — in addition to saying that Bledel is a "new mother." So, considering the timing of this news — shortly after the filming of the Gilmore Girlsr revival series for Netflix wrapped — it really begs the question: was Alexis Bledel was pregnant while filming the Gilmore Girls revival?

As much as hearing the sudden news that Bledel had a baby might prompt you to think she just recently gave birth — and therefore would have been pregnant during filming — it sounds like, from Patterson's report, that her child was already a few months old when filming began on the Gilmore Girls revival. In the interview, Patterson mentions having a son that is a year and a half older than Bledel's son, which — considering when Patterson became a father, in July 2014 — would put Bledel's baby at around six months old. So that means, when the revival started filming on February 16, her new son would have been about three months old.

Talk about a quick maternity leave.

Really the news is so stunning because the actress was able to keep her pregnancy, her birth, and her infant son a secret for so long. I'm not sure anyone in Hollywood has been able to pull some so stealthy off in a long time. Sure, there were rumors that the actress was pregnant back in 2015, but when she showed up to events in early 2016 with no belly to show off, those rumors died down just as quickly as they were born.

But the mix-up may have been a result of bad timing on the part of the media. From Patterson's report, it sounds like Bledel had already had her baby by the time she started making appearances again in early 2016.